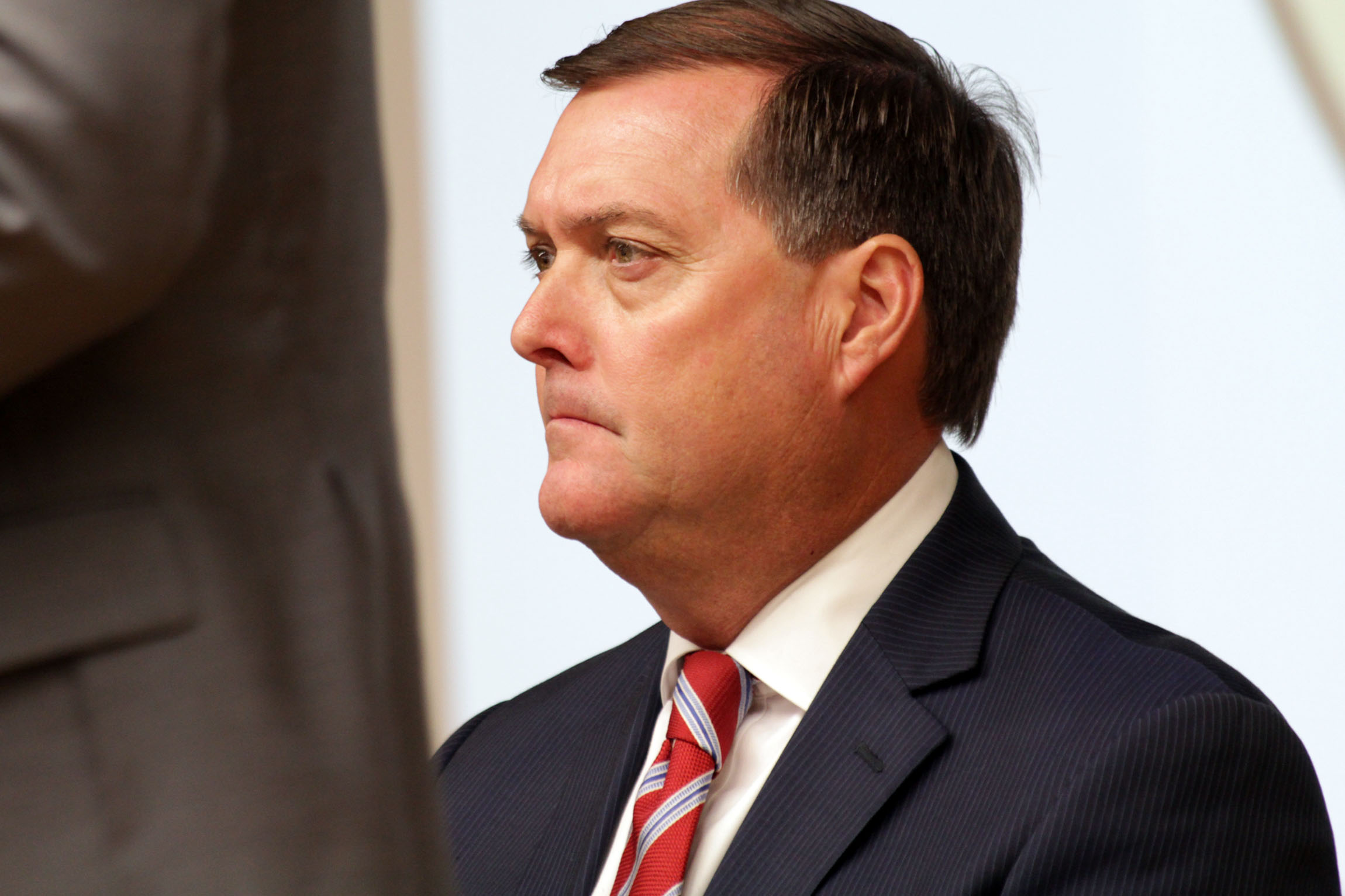 Ahead of the March primary election, three prominent Republican organizations are now calling for Assemblymember Bill Brough to resign from office.

Active investigations are underway regarding complaints against Brough that allege sexual misconduct and campaign finance misuse of nearly $200,000.

On June 17, Orange County Supervisor and Chairperson Lisa Bartlett spoke at the OCGOP Central Committee meeting about an alleged incident that occurred in 2011, while both Bartlett and Brough served on Dana Point City Council.

Brough and Barlett had been at a retirement party when Brough allegedly approached Bartlett and gripped her shoulders tightly while insisting they get a drink. She cited the incident as reason for the party not to endorse Brough in his bid for reelection in 2020.

Brough argues that this was in retaliation for his position regarding the Toll Roads. Bartlett serves on the San Joaquin Hills and Foothill Eastern TCA Boards. At least three other women have made similar allegations.

In a press release, the club stated Brough was plagued with scandal and that in September there was a unanimous vote to rescind its endorsement of Brough for reelection, “in the face of numerous, serious and credible allegations of sexual harassment.”

The investigations have yet to yield conclusions; however, Lincoln Club of Orange County President John Warner says the multiple sexual misconduct complaints show a pattern.

“(The allegations) point to a pattern of behavior unbefitting of an assemblyman,” Warner said. “As for the $200,000, perhaps the investigation will conclude it wasn’t illegal. But it still isn’t right to take donors’ hard-earned money for luxury trips to Boston and Ireland.”

The Fair Political Practices Commission had previously released a letter saying it is reviewing allegations that Brough improperly used campaign funds to benefit himself and his family.

“Donors in Orange County are upset,” Warner said. “It’s just bad behavior. It makes him an easy target and unelectable.”

Brough did not respond to requests for comment as of press time. However, in September, when asked if Brough intended resign amid allegations and calls for him to step down from office, Brough told San Clemente Times he felt more emboldened than ever to run for reelection.

Since then, Orange County Register has reported that the Republican Party of Orange County, the New Majority and the Lincoln Club (all Republican organizations) have called for Brough’s resignation.

The primary election is scheduled for Tuesday, March 3; however, voters will have options for casting ballots in the days leading up to election day.

Brough will face two challengers: Davies and Mission Viejo Councilmember Ed Sachs. Two Democrats will also fight for a chance to face off against the Republican choice in November: real estate broker Scott Rhinehart and Chris Duncan, a retired attorney with the U.S. Department of Homeland Security.