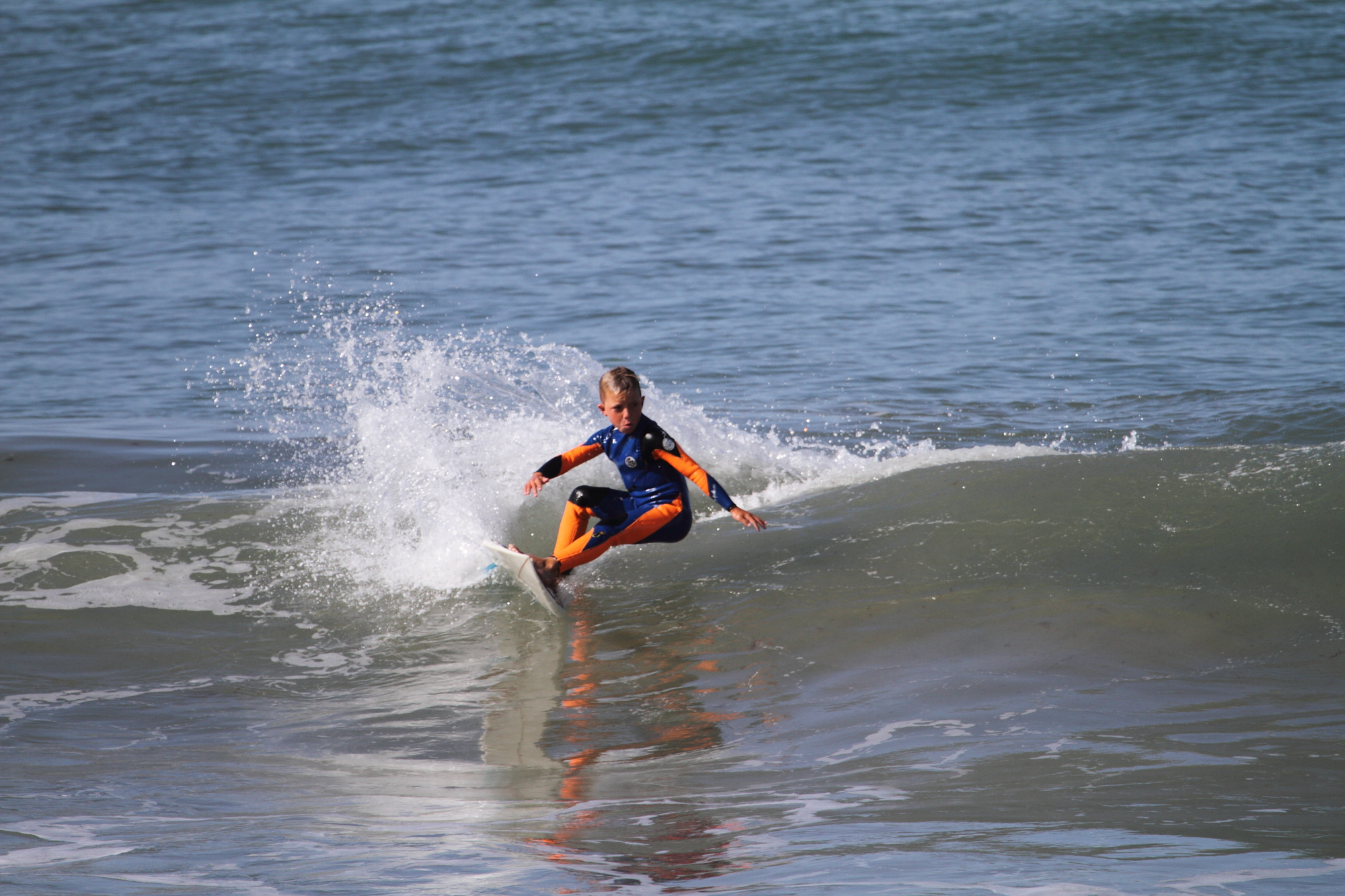 Cannon Carr, 9, of San Clemente said he is having an epic summer honing his skills on both surfboards and skateboards and training on his family’s invention, the Syck Trix board. He wants to make the most of the long summer days before starting fourth grade at Concordia Elementary in the fall.

“I haven’t been doing that many contests lately. I’ve just been free surfing at Lowers and stuff,” he said. “I also went to Baja Mexico with my dad for my birthday a few weeks ago and it was super fun. All we did was eat and surf. It seemed like every wave barreled. I was in this one huge barrel and it just clamped. I didn’t make it out but I will always remember that wave.”

Although surfing any time of year is great in his book, Cannon said he likes summer surfing because being in the water feels so good.

“When you get in the water it feels nice. Instead of just sitting in the house all day sweating or skating and stuff, you can get in the water and cool off,” he said. “I like food but surfing is better than the best thing you’ve ever eaten before.”

Cannon is honored to be part of the group of up-and-coming young surfers in San Clemente and Dana Point being primed for professional surfing careers and says the best part about growing up and training here is the abundance of pros in the area to look up to.

“Surfing with them is inspiring, for sure,” Cannon said. “All these guys like Kolohe Andino, Chris Ward and all the other guys live right here and it’s awesome to surf when they’re in the water. You can see how you want to surf when you get older.”

Cannon said growing up here has motivated him to chase a pro surfing career and he is willing to do what it takes.

“You have to surf every day. Don’t sit on the beach when it’s big or when the waves are bad. Always go out,” Cannon said. “And be nice to everyone. When they say ‘hi’ you say ‘hi’ back. Sportsmanship is super important too. Even when you lose, that doesn’t matter. Still be nice. Sometimes people throw their board on the ground and stuff, and that’s not cool.”