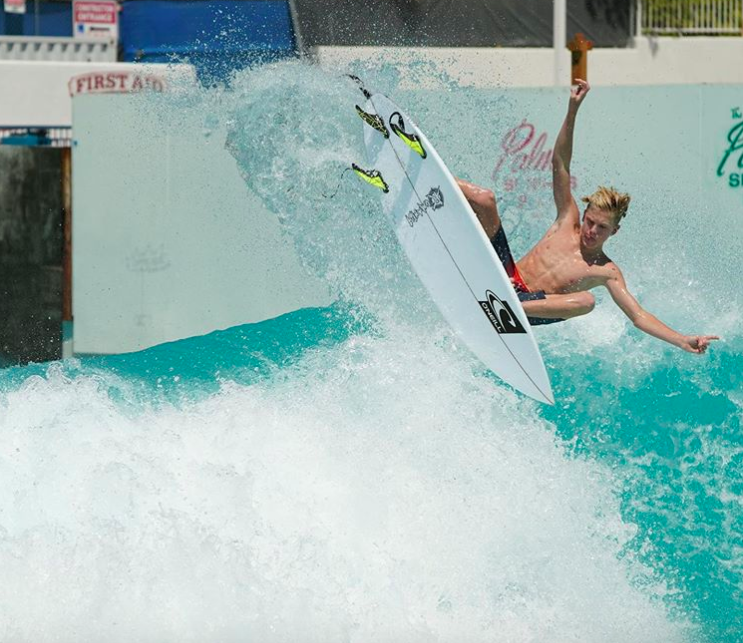 Grom of the Week: Dash Pinegar

Sometimes in the infinite scroll of social media, a post stops you in your tracks. Such is a recent Instagram post by Texas-based photographer Rob Henson.

Stationed at the BSR Surf Resort in Waco, Texas, he’s seen world-class talent cycle through the wave pool this summer. But out of all the surfers, 14-year-old San Clemente shredder Dash Pinegar caught his eye.

“I met Dash at BSR in May of 2019. Looking back, he was a decent little surfer who you could tell was working on his turns and technique,” recalled Henson. “Fast-forward a year and a half, and Dash is a straight hammer! Solid technique and an air game to match . . . he has been grinding, for sure!”

A distinguished member of the Shorecliffs Middle School surf team, Pinegar scored an NSSA State Title back in March, before surf contests were put on ice because of the pandemic. He’s also a regular frother at the Western Surfing Association events when they’re running and is supported by iconic surf brand O’Neill.

Lately, Pinegar’s been working with world tour surfer Yadin Nicol on his air game, and it’s clearly paying off after, as recently attested by stomping the landing of a backflip at the BSR pool in Waco.

Between all the time Pinegar’s spending in both salt water and freshwater, we can’t wait to see what he does next.