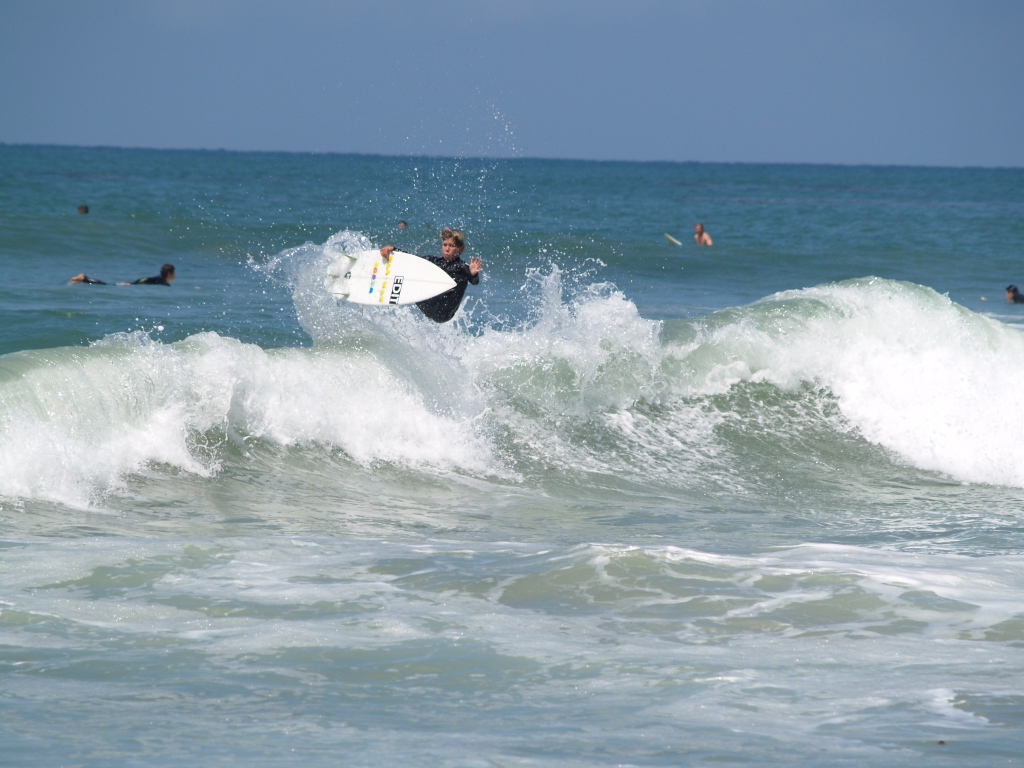 Grom of the Week: David Economos

We caught up with David Economos while en route to the airport in Kaua’i, on his way home from a weeklong trip with his family—one more surf getaway before school starts.

David will be starting the eighth grade this year at Shorecliffs Middle School and is looking forward to his second year of Scholastic Surf Series (SSS) competition on the school surf team. He credits his success and progress in surfing to his supportive parents and coach Kevyn Dean at Dean Sports Consultants (DSC).

At school, David is an ‘A’ student whose favorite classes are P.E. and English. His dream for the future includes a career as a professional surfer but he is also interested in the possibility of becoming either a chef or a pastor.

“Or maybe even all three,” David said.

David also enjoys skateboarding, skiing, snowboarding, playing club soccer and drawing. He has spent the summer surfing two to three times a day, having fun while working on his wave selection.

“Sometimes I see a wave, get excited and go for it because I just want to go. Then I end up on one that’s not very good and get stuck inside on a good set,” David said. “I want to get better at wave selection because I get impatient and take the wrong waves when I know I could be getting better ones. I’m working on my patience.”

This season David will be surfing in the Western Surfing Association Championship Tour (WSA) because, although he enjoys free surfing, he loves competition and wants more contest experience, he said