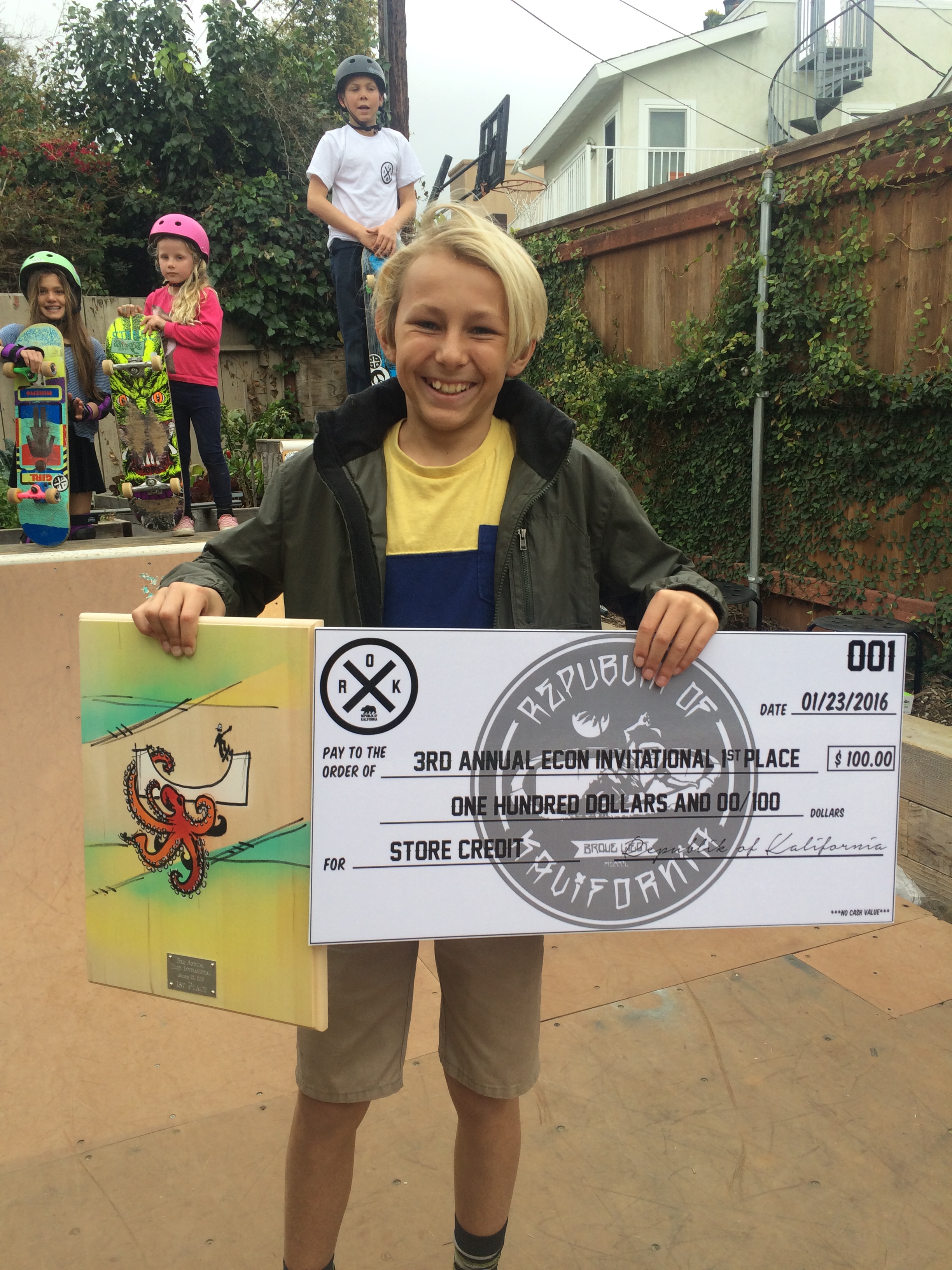 Grom of the Week: Gavin Wilchek

We spoke with 12-year-old Gavin Wilchek after his win at the third annual Econ Invitational skate contest on Jan. 23, to find out more about the talented San Clemente athlete and the passion he has for his two favorite sports: surfing and skateboarding.

Gavin, a seventh-grader at Shorecliffs Middle School, is in his second year competing for the school surf team in Scholastic Surf Series events.  Although skating came first, at the age of 4, he would like to start doing more surf contests, he said.

“I don’t compete as much as I used to in skating but I’ll skate in the SC Open,” he said. “I used to do the CASL (California Amateur Skateboard League) series and traveled a bunch of places. I went to Italy once for a Vans contest.”

Gavin also enjoys school and works hard to maintain good grades. Right now there’s only one B separating him from his straight-A goal. Learning is definitely a priority, but having such good friends as classmates and attending a school that’s so close to the beach are the two things he likes best about it.

“I will definitely surf competitively through high school,” he said. “But I don’t think I’ll be a pro in either sport. I surf and skate because I love it.”

Gavin’s favorite maneuver in both sports is catching air.

“I love boosting up in the air,” he said. “I got good airs in surfing from skateboarding.”

Gavin hasn’t set his mind on what he wants to be when he grows up but he has some ideas of a general direction he would like to explore.

Whatever Gavin’s future holds, in sports, school or career, Gavin said he knows his family will be supportive along the way.

“I want to thank my mom for all she’s done for me, especially since she has four kids, and my dad for always being there and pushing me and helping me succeed,” Gavin said. “I definitely love my family and all my siblings. Obviously siblings can be annoying sometimes but they’re also my best friends.”