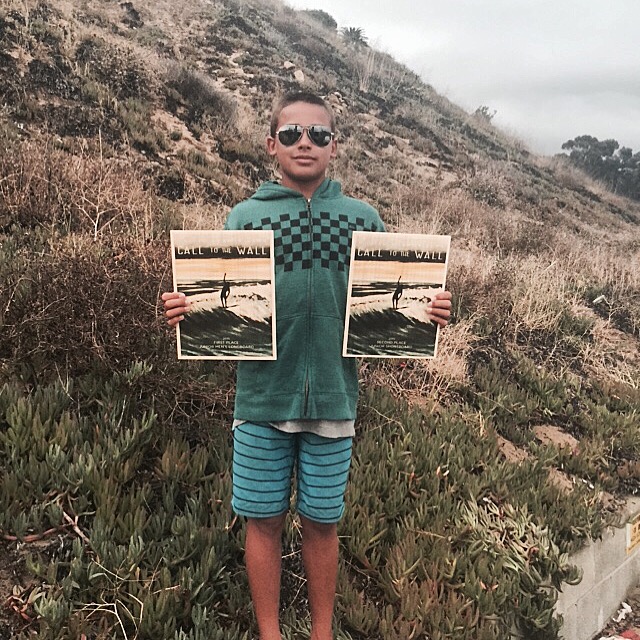 Grom of the Week: Gus Day

Gus Day, 14, of San Clemente, claimed his third victory in as many years at the Call to the Wall Longboard Coalition club contest, July 18 and 19 in Malibu. His wins in the previous two years were in the U14 Grom Boys Longboard division. This year, Gus won the Jr. Men 14-17 division, as well as placing runner-up in Jr. Shortboard U15.

As a member of the Windansea Surf Club, and a top points earner, Gus made a great contribution to his team’s overall contest win.

“The waves were at about 2 feet, good for longboarding, and I had a few friends like—Kai Takayama and Barrett Miller—I was surfing against, so it was really fun,” Gus said. “They were surfing really well and getting good waves so I just tried to get the best waves I could and the longest nose rides possible.”

In the semis, Gus caught a bomb set for a perfect 10-point ride, catapulting him into the podium round.

“I was super stoked to make it to the finals,” he said. “I just tried to surf it like when I’m free surfing and have fun with it.”

An independent study student, Gus is looking forward to starting the ninth grade in the fall and continuing to improve his grades.

His other interests include playing guitar and drums and making music as a member of a band called After School Special with a group of friends. The band has played a few gigs at friends’ parties and will be performing at Catalyst Surf Shop on El Camino Real Thursday as part of a movie premier event there.

“I want to thank my sponsors Quiksilver, Electric, Lost Surfboards, Blackline, Sea7 Technology, my parents and my brother Gunner for their support,” Gus said, “And I want to give a shout out to the Gudauskas brothers, the Positive Vibe Warriors.”