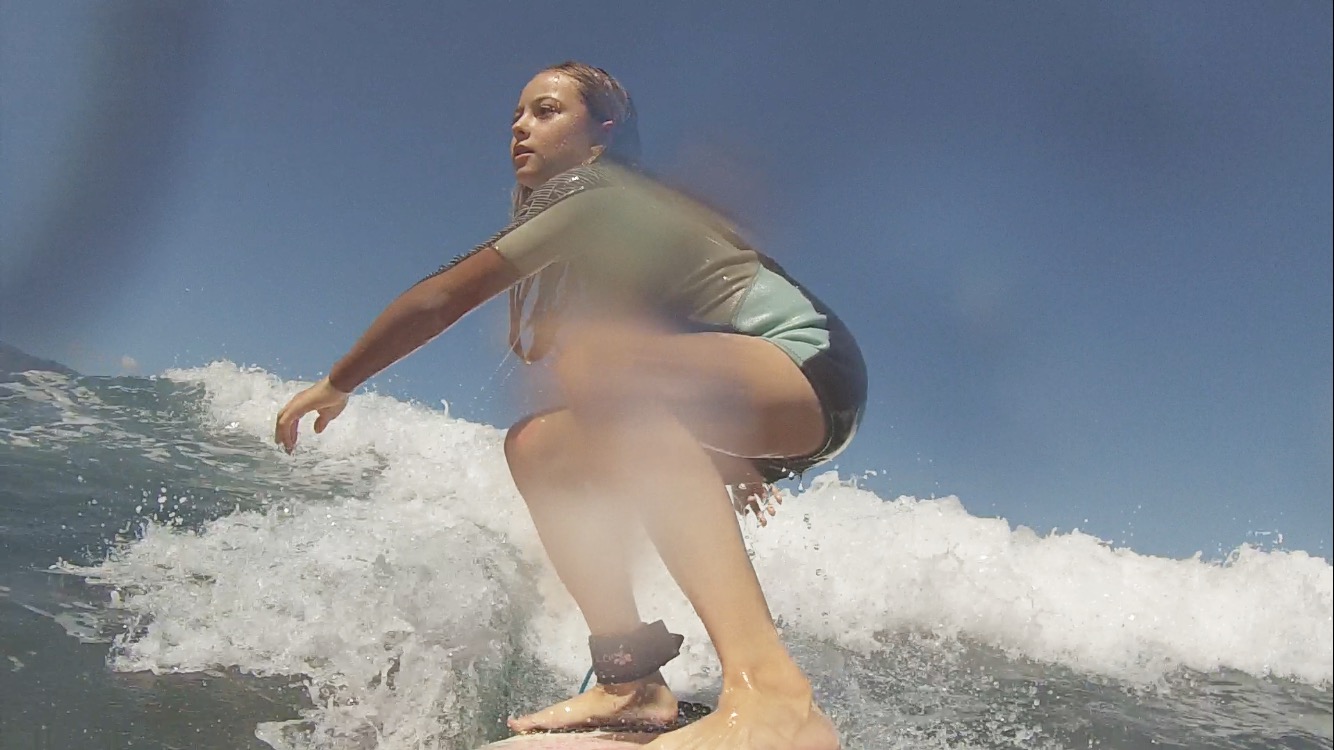 Grom of the Week: Indie Hoffman

For Indie Hoffman, 9, of Capistrano Beach, surfing is a family affair.

“I started surfing around the age of five and a half. My first wave was at San Elijo in San Diego,” Indie said. “My whole family has surfed, and I just wanted to keep the tradition going.”

Indie’s family is no ordinary surf family either—her great aunt is Joyce Hoffman, a pioneer in women’s surfing who was inducted into the San Clemente Wall of Fame last month.

“Sometimes she talks to me about being not afraid out on the water,” Indie says.

But another way Indie is like her illustrious great aunt is that she has an independent spirit. She’s currently training to participate in competitions, but has already learned to stick up for herself on the waves—and she wants to share that knowledge with other girl surfers.

“If you’re a girl just know that you can do it, and don’t let boys get you down if they’re saying, ‘Boys are better than you are and they’re stronger.’ But really girls can do whatever it takes, and they can do whatever they want,” Indie said.

A fourth grader at St. Anne’s in Laguna Niguel, Indie said she loves the ocean not just for surfing but also for its curiosities.

“I want to be a marine biologist as my working job, but I also do want to pursue my dreams as a surfer and live my life surfing,” Indie said. “I like to find out new discoveries about oceans and marine life. … I like to sometimes go down down to the Ocean Institute down at the Harbor. We went there and we dissected fish, and it was cool but it was gross at the same time.”

But for this summer, Indie is looking forward to surfing and skateboarding with her friends. Surfing, even though her dreams ar ebig, is still just an opportunity to have fun.

“I like that it’s just soothing, and that I can play in the water,” Indie said. “And some of my friends do it too, and so we share the love for it.”