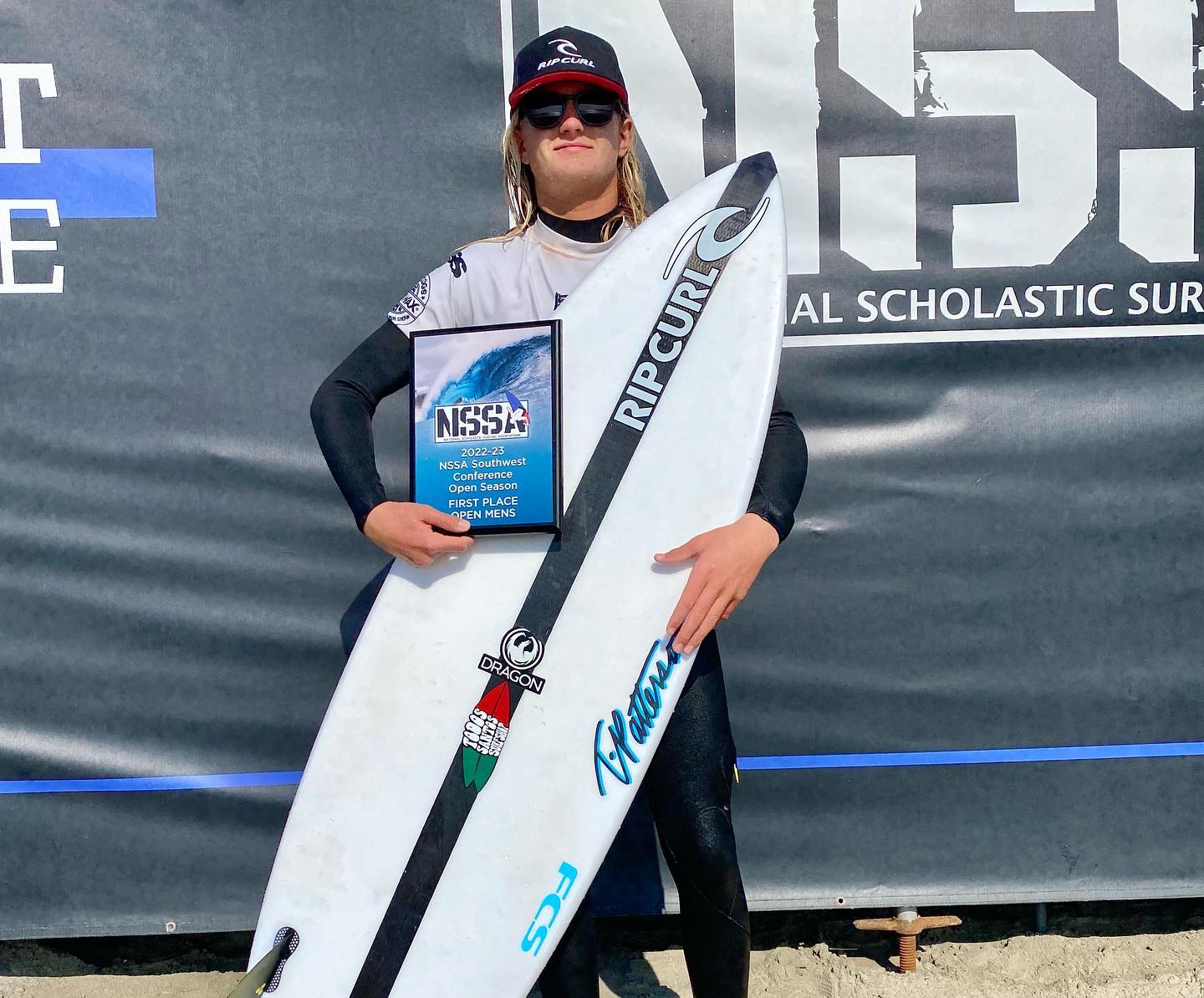 Grom of the Week: Lucas Senkbeil

For local surfers, there was no shortage of big results during last weekend’s NSSA event at the Oceanside Pier.

San Clemente’s Zion Walla dropped a perfect 10 in his semifinal heat. Tanner Sandvig won a tightly contested Boys division stacked with international talent. But the standout of the weekend was Lucas Senkbeil, who swept the Men’s and Juniors divisions.

“In the closing minutes, Lucas broke for the north contest zone, where the bigger, but more windswept lefts were breaking,” recounts the NSSA report. “Using his powerful backhand, he ripped a 7.53 score, which put him into first, sealing his second regular-season win in the Juniors U16’s and second win of the Oceanside Open!”

As his strong rail game, progressive flair and competitive mindset have all come into perfect sync, Lucas has been coming on strong as of late. Earlier in the month, he put together another impressive run at the NSSA event at Salt Creek. Again, making two finals, he finished the weekend with a third in the Men and second in the Juniors.

For the effort, Lucas now sits atop the NSSA Southwest Open Juniors rankings by more than 6,500 points. We can’t wait to see him bring the heat the rest of the season.

If you have a candidate for Grom of the Week, we want to know. Send an email to jakehoward1@gmail.com.