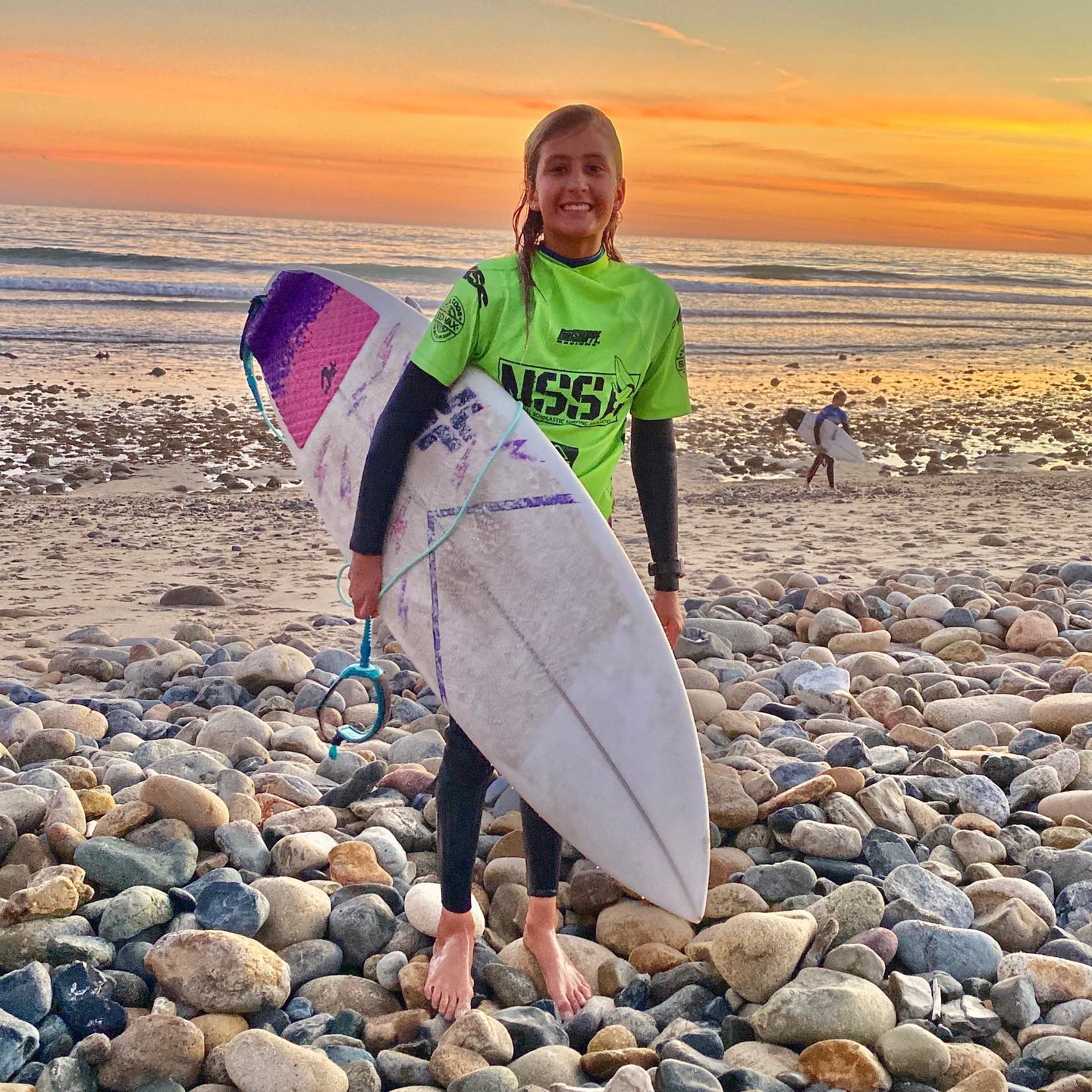 Editor’s Note: A previous version of this story misrepresented Marlo’s placement among the list of NSSA national champions for 2021. Marlo finished runner-up in her two divisions.

If you’re going to drive all the way up to Santa Cruz, it has to be worth it. Four hundred miles north is a long way to ask your parents to drive you to a competition, especially when you show up and it’s flat.

But Marlo Leigh Harris and her family were dedicated to the pursuit, and last weekend they chased the NSSA up to Pleasure Point.

And while the competition was postponed on Saturday due to big tides and small swell, when things got underway on Sunday, Marlo ripped her way to a second-place finish in the Open Girls division and a third in the Open Women.

In 2021, Marlo finished runner-up in the NSSA Under 12 and Under 14 Nationals, and she doesn’t look as if she’s going to be resting on her laurels this season.

When the NSSA came to Church in San Clemente a few weeks back, she went in, competing in three different divisions. Ultimately, she spent 12 hours at the beach, surfed nine heats, won the Open Super Girls division, as well as finished second in Open Girls and third in Open Women’s.

The season’s still young, and given her consistency and dedication to being the best surfer she can be, don’t be surprised to see Marlo defending her national titles later this year.

If you have a candidate for Grom of the Week, we want to know. Send an email to jakehoward1@gmail.com.