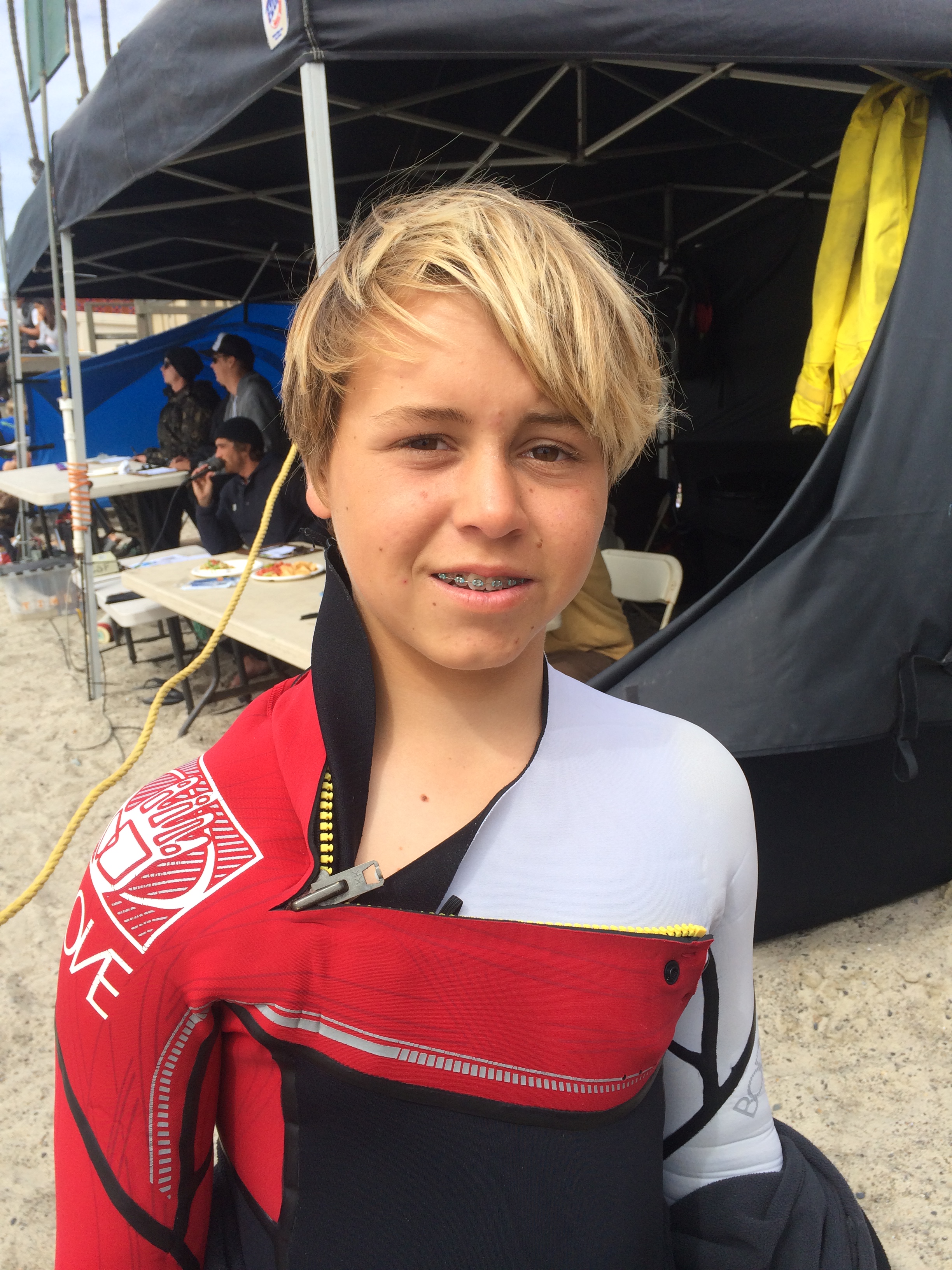 Grom of the Week: Noah Albrecht

Noah Albrecht, 14, is an eighth-grader at Niguel Hills Middle School and an A and B college-bound student. He is in his third year on the school surf team and looks forward to trying out for the Dana Hills High School team next year. In addition to representing his school in Scholastic Surf Series contests—in both shortboard and longboard divisions—he also competes in the Soul Surf Series and is planning on adding WSA events next season.

Noah has come a long way since being pushed into his first waves by his dad at Doheny when he was 5 and has not only become a talented surfer but also found a lifelong passion, as well as a special love of riding retro single-fins from the ’70s.

“I remember getting really mad the first time my dad pushed me in, because I pearled,” Noah said. “I got discouraged but something made me want to keep trying. I started to get the hang of it and then I would ride straight to the sand and get my fins stuck. I don’t know what it is but the feeling you get when you’re on a wave is unlike anything else, it gives you an adrenaline rush and just feels really good. That’s what kept me going.”

He continued to practice and got his first taste of competition when he made it onto the school surf team in sixth grade.

“It was a little scary at first but everyone was super nice and there wasn’t a lot of pressure,” he said. “Competitions are really fun to me now because you get to surf a break with only five other guys out and getting judged on how you’re doing helps you progress.”

Noah said the only thing he knows for certain about surfing is that he loves it and will never stop.

“I don’t know where I’ll end up going with it aside from that,” he said. “It would be amazing to surf professionally and make money doing what I love.”

He also enjoys skateboarding and would like to thank his sponsor Riviera Skateboards and his surf coach Scott Phole for their support. He also appreciates his family for letting him grow up near the ocean.

“It raises you differently,” Noah said. “The ocean makes you mellow, I think. Mostly everyone in the water knows how to treat people and that usually extends to outside of the water as well.”