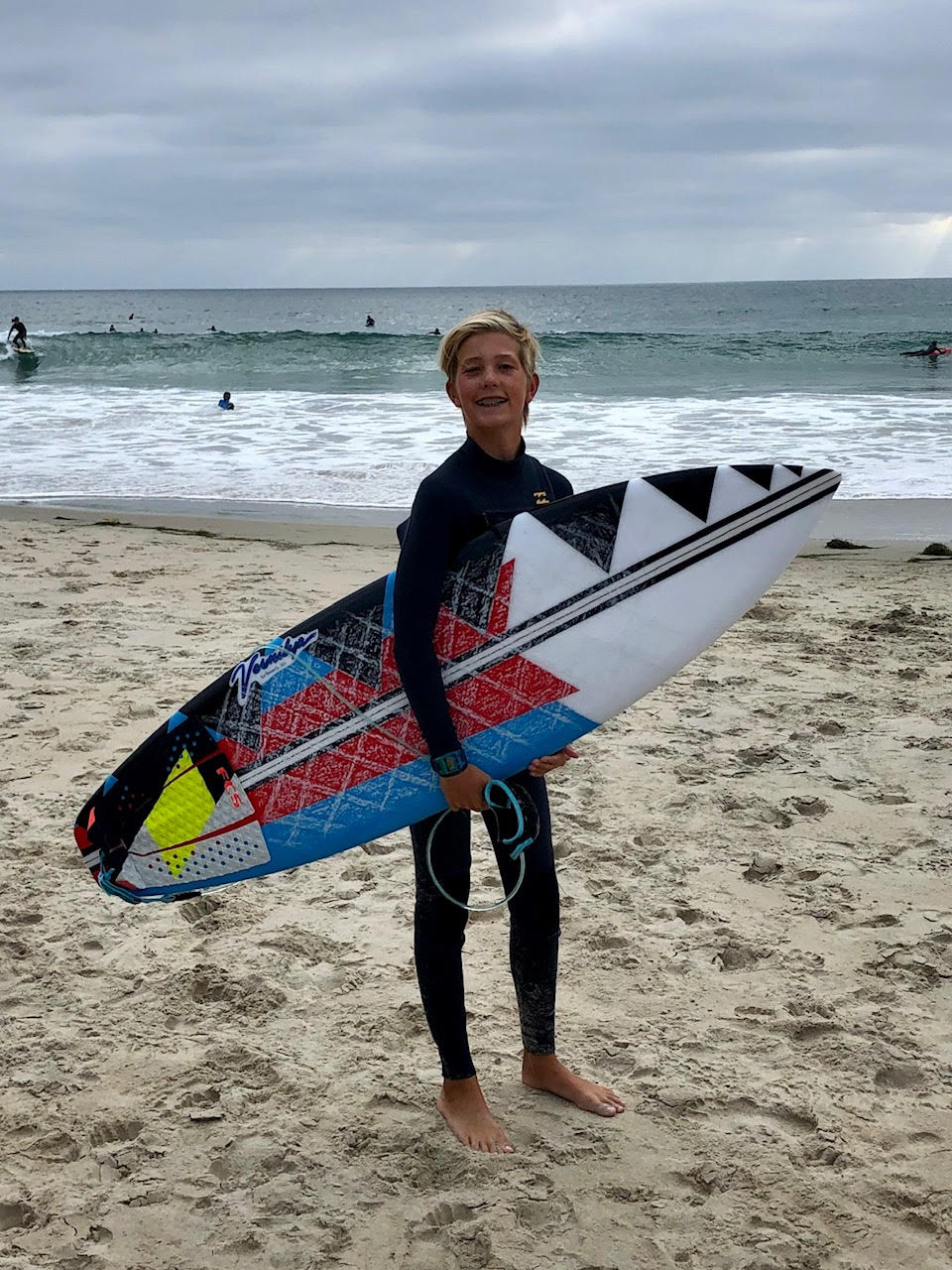 “Saltwater courses through this kid’s veins”—that’s how O’Shea Walder is described by a friend.

At 13 years old, he’s a member of the Dana Point Surf Club who absolutely froths to surf in any and all conditions. You’ll usually find him out at Salt Creek, but he also migrates south to the Trestles zone when the day calls.

A straight-A student at Niguel Hills Middle School, Walder is more than a ripping good student. He recently launched his own wax company with a friend, showing off his entrepreneurial skills.

Calling their company Offshore Surf Supply (O.S.S.), they’ve started selling their wax to friends and fellow surfers at school and contests. It’s a grassroots surf company, doing it for all the right reasons, so the next time you’re looking to wax up, try and get your mitts on some O.S.S.

He’s also a distinguished member of his school’s surf team, competing in Western Surfing Association competitions and is a competitive snowboarder as well.

And when he’s not racking up the points or making sales, you may find Walder skating, diving for lobster, fishing or diving. Like his buddy said, he’s got saltwater in his veins.

Should We Still Be Surfing?

Grom of the Week: Sophia Howard