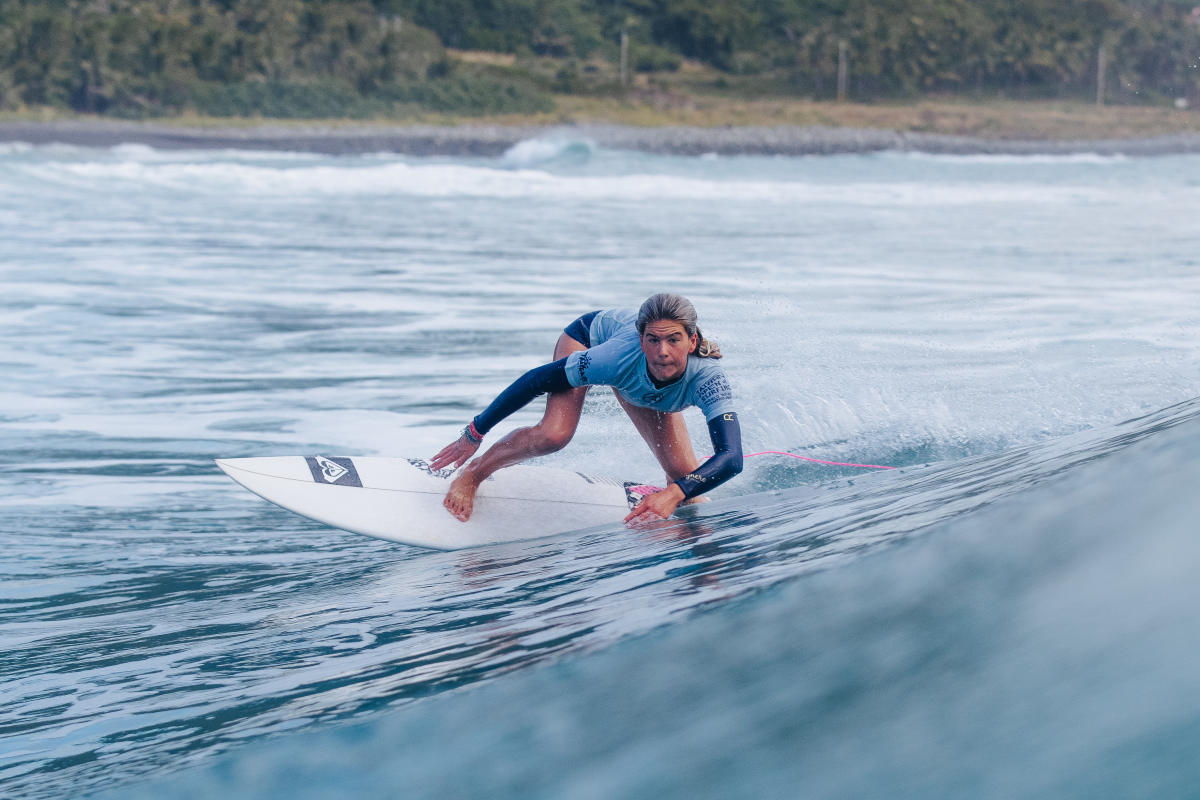 It’s certainly not easy to be a grom around town these days, but somebody who is keeping the vibes right and staying stoked until brighter days is local ripper Sawyer Lindblad.

Kicking off 2020, Sawyer could not have asked for a better start to the year. The 14-year-old won her first WSL Qualifying Series event at the SLO Cal Open at Pismo Beach.

She called it the “biggest thing I’ve ever won” and “the highlight of my life.”

She then went on to finish runner-up at another QS contest in Morro Bay. And right before the WSL canceled or postponed all of its events for the foreseeable future, she finished second at the Ron Jon Roxy Junior Pro in Florida.

For the effort, Sawyer was highlighted by Surfline in this week’s “Rising Star” feature. Sawyer currently carries a 4.0-grade point average, and one of her biggest inspirations is noted San Clemente resident and former world champion Lisa Andersen.

She and her brother, Taj, are regulars at Lowers—or at least they were when the break was open. And while everything’s stuck on hold at the moment, there’s no question that she’ll be ripping harder than ever when she gets back in the water. And when the competitions restart, look for her atop the podium.