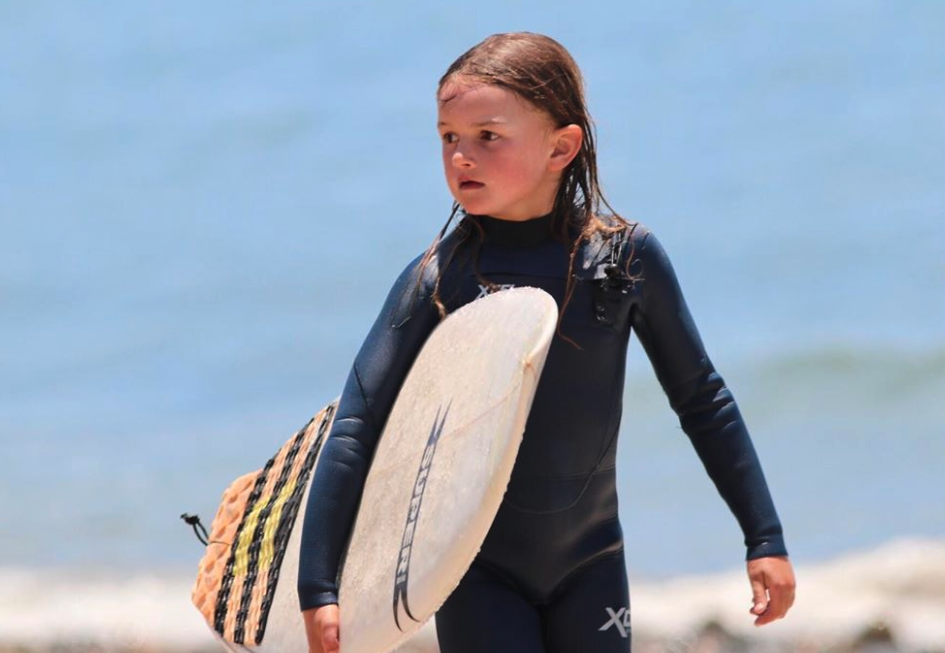 For the Sandvigs, surfing is a family affair. Inspired by her older brother, 7-year-old Teagan Sandvig has been chasing waves almost her whole life, having learned to surf when she was only 3.

Barreling into second grade at Palisades Elementary School, she has all summer to enjoy the surf and share the stoke.

“She was inspired to surf, because her entire family surfs and do many trips to different places around the world to surf,” says Teagan’s mom, Jennie. “The water always feels good to her, and she loves that the more she surfs, the better she gets.”

Another thing that Teagan loves about surfing is that she gets to paddle out every day with her dad.

“She likes that many times, it’s just the two of them sneaking off early morning to a surf spot,” Jennie says.

In terms of her inspirations, at the front of the line is her brother, Tanner Sandvig. A close second is Sky Brown, a rising star in the surf and skate world.

“She wants to dedicate her time to surfing and skating, too,” Jennie says.

With nothing but opportunity ahead of her, Teagan has set the goal of surfing the infamous Tahitian reef at Teahupoo by the time she’s 16. Women including Caroline Marks and Carissa Moore have been setting the pace out there lately. It’s only a matter of time before Teagan joins them in the lineup.