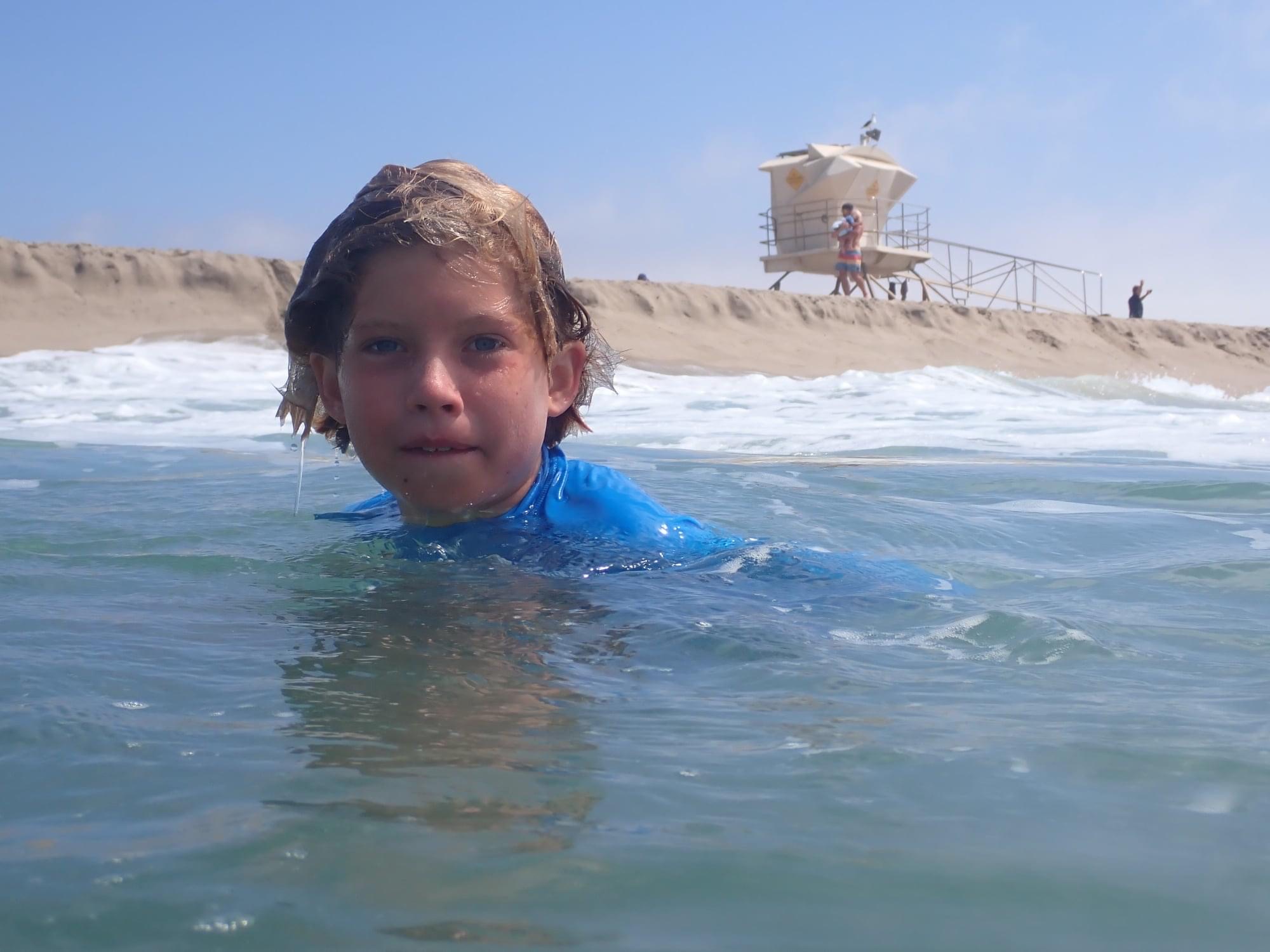 On Sunday, I was walking up the trail after a fitful session at The Trestle and had the good fortune to run into Thomas Rocher and his father, Marius. There are few things better in life than watching a kid fall in love with the ocean, and young Thomas, as the adage goes, has been bitten by the surfing bug.

Like most kids from San Clemente, Thomas started out on a boogie board at the local beach breaks before graduating to stand-up surfing at spots including San Onofre and Doheny.

The last time I saw him out at San O, it took a while to recognize him, as his style had transcended grom status and become absolutely impeccable. He’s evolved into a graceful, elegant surfer. It’s awesome.

When he and his pops aren’t chasing waves together, you may find them freediving up and down the coast. And like the great Hobie Alter, Thomas is also fascinated with building and flying gliders.

After Alter perfected his designs above the hills and bluffs around Dana Point and San Clemente, the Hobie Hawk was released in the mid-’70s, and while it was overshadowed by Hobie’s advancements in surfboards and catamaran designs, surfing the airwaves was a big part of Hobie’s life for years.

From surfboards to gliders, Thomas shares the same inquisitiveness and inventiveness as Hobie, and as time passes, it’s going to be awesome to see where he goes from here.