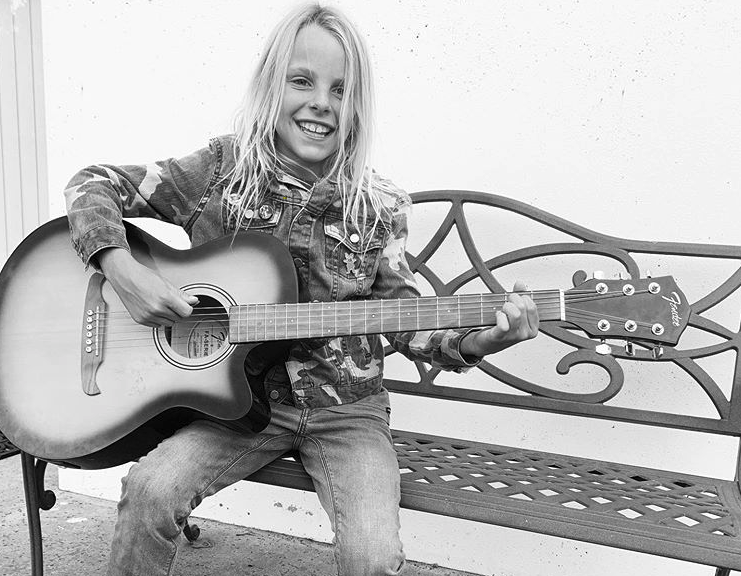 Grom of the Week: Waylon Kenworthy

“Don’t ever try and be like anybody else and don’t be afraid to take risks,” singer-songwriter Waylon Jennings once famously said.

Well, from what we can tell, 9-year-old Waylon Kenworthy, a young shredder and namesake of the country music legend, is doing just that.

Born into a family of surfers and skaters, Waylon not only is blazing his own trail in the water and on the street, he’s also a ripping guitar player.

Locked in with the crew at the Los Rios School of Rock, Waylon last week jammed out at The Coach House, playing his first-ever concert. His set list included cuts from Green Day, the Foo Fighters and Fleetwood Mac (RIP Peter Green).

Unfortunately, due to COVID-19 precautions, friends and family weren’t allowed to rock out with him, but the show was livestreamed for the world to watch.

“I’m so proud of the kid. He’s been working really hard and playing a lot of music,” Waylon’s father, Jason, told us after the show. “It’s a bummer we couldn’t all be there in the pit for him, but it was rad to watch.”

When Waylon doesn’t have a guitar in his hand, he can be found on his skateboard or surfboard. But given how comfortable he’s looking on stage—and clearly, he isn’t afraid to take a risk—he’s doing things his way, like Waylon Jennings.

Grom of the Week: Ryley Bailey