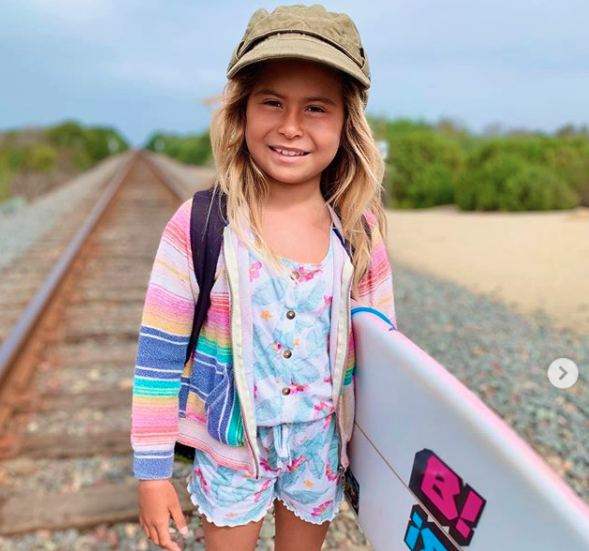 For Lowers regulars, you may have been awestruck this summer by a pint-sized goofy-footer absolutely tearing apart the inside lefts. While you pick your jaws up off the floor, meet 9-year-old Zoey Kaina.

Hailing from Hawaii, Zoey and her family have posted up in San Clemente and are making the most of the abundant opportunities that Trestles provides. Earlier this month, the World Surf League posted a video of Zoey ripping the lefts at Lowers on its social media channels. The response was nothing short of inspiring, as some of the best surfers in the world took time to compliment her skills.

“One of my favorite goofy-footers!” testified Mitch Colapinto, father of Griffin and Crosby.

And then there was Brazil’s Wiggolly Dantes, who succinctly stated, “This girl is gonna be world champion one day.”

When she’s not out at Lowers, Zoey’s been spending some time traveling to the BSR Surf Resort in Waco, Texas, where her barrel-riding skills are blossoming and she’s learning to really smash her turns.

Enjoying support from the surf industry, she’s been riding some sick shapes from master craftsman Akila Aipa and is also on the Buell Wetsuit program.

With so much talent and passion, Zoey’s future is bright. We can’t wait to see where it takes her.