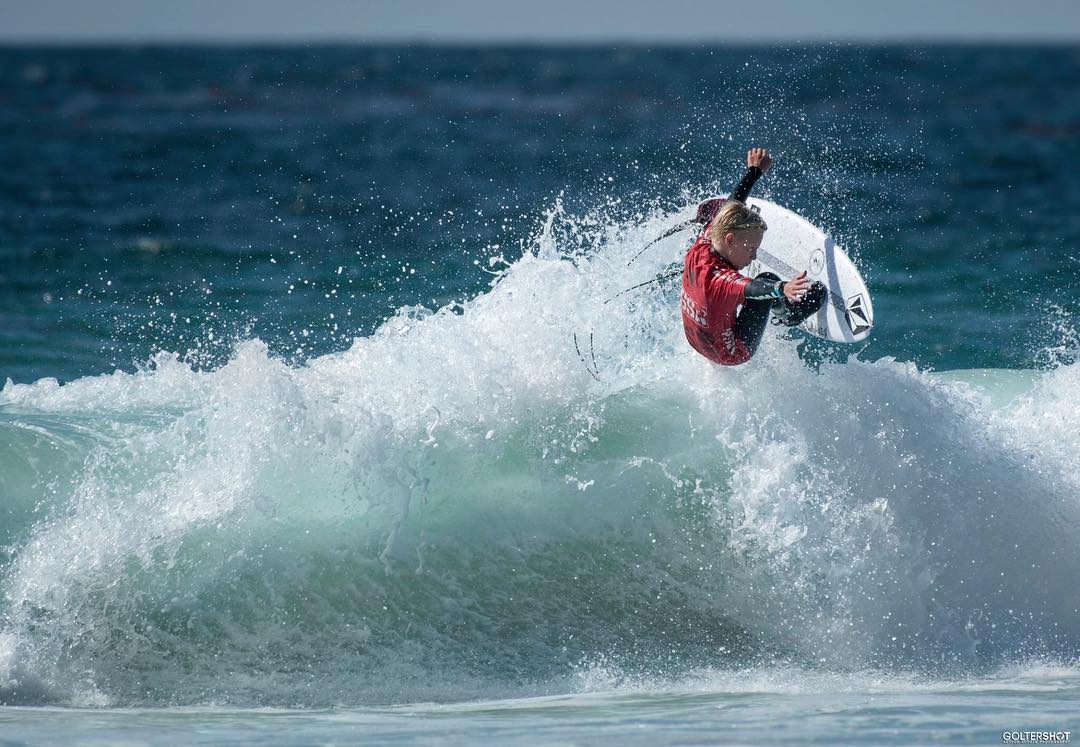 Grom Recovers at Home in SC After Wipeout in Hawaii

Fourteen-year-old Hayden Rodgers is back at home in San Clemente, recovering from a surfing wipeout that put him in a hospital in Hawaii late last month, according to news reports.

Rodgers, a national surf champion and Volcom team leader, experienced a life-saving rescue at the heavy surf break Pipeline on the North Shore of Hawaii on Dec. 19, when he sustained 22 stitches on his left ear, a concussion and a black eye, the Orange County Register reported.

According to Surfline, which first reported the incident, Rodgers, along with a group of other teens, had charged into the waves during the awards ceremony of the Billabong Pipe Masters final.

The grom, the online publication explained, “got stuck at the top of a wave and free-fell with the lip to the bottom, where he was picked back up and sucked over the falls and slammed his head on the reef and was held under for two (subsequent) waves.”

Three nearby jet skis picked up Rodgers, bringing him quickly to the shore, where North Shore lifeguards worked to stabilize him, according to Surfline. Rodgers also reportedly suffered cuts to his face during an incident that lasted less than five minutes.

Rodgers, who was able to return to San Clemente just before Christmas, doesn’t remember what happened during the incident, Jerry Rodgers, his father, told the OC Register. The younger Rodgers, his dad said, has been piecing the incident together with the help of his friends’ accounts, as well as by going through posts on social media.

“Hayden will make a full recovery; he will be out of the water for a little while, but will be back stronger than ever, especially with all the support from all of you . . . Hayden has always been a barrel hunter first and foremost, and I don’t think that will ever change,” the elder Rodgers reportedly said on social media.

According to the Register, Rodgers has been told to stay out of the water for four to six weeks as he continues his recovery.