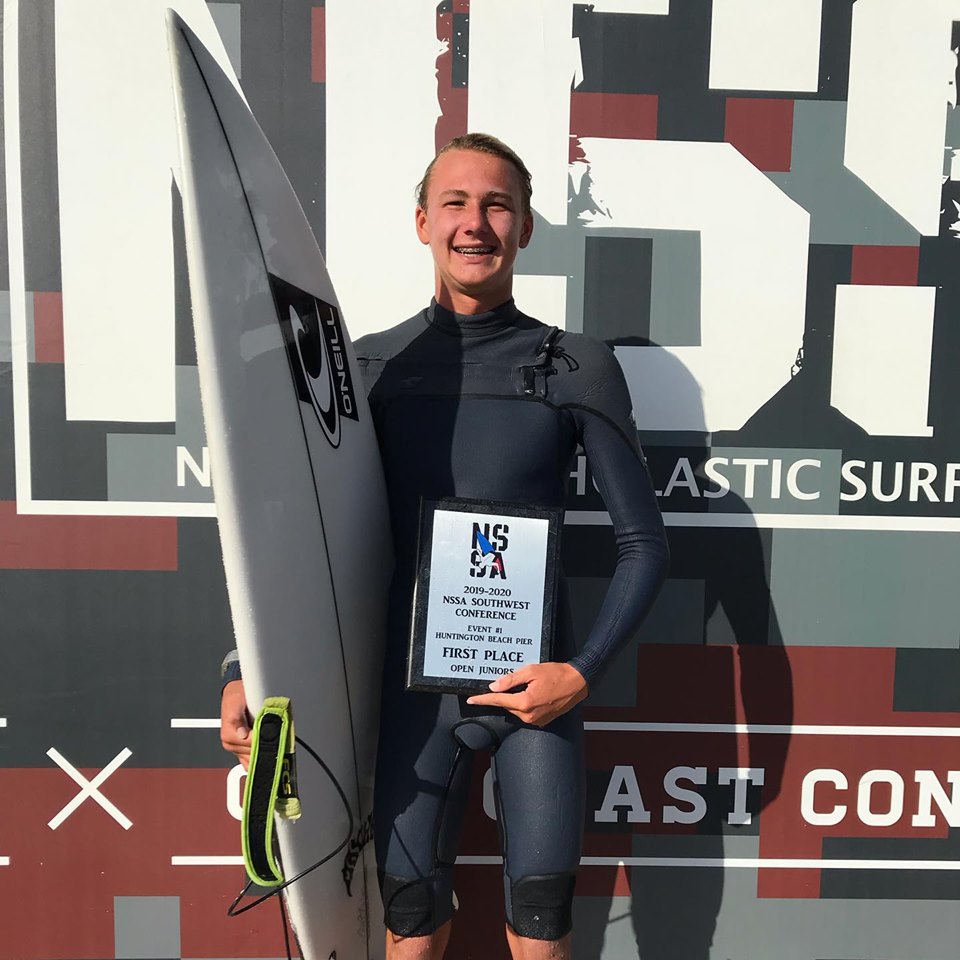 Grom of the Week: Brayden Burch

As we settle into a new school year and NSSA surf season, it’s always fun to see who steps up their game and rises to the challenge of not only ripping in the water but shredding in the classroom, too.

Meet 14-year-old Brayden Burch. A freshman at San Clemente High, he kicked off his NSSA season in Huntington Beach a couple of weeks ago and absolutely shined. In pristine, head-high conditions, he won the highly competitive Open Junior division and was named NSSA Surfer of the Week.

“It felt amazing to win my first event in Open Juniors,” Brayden told the NSSA. “I haven’t won a contest in a while, so it felt really good.”

Previous to his performance at the HB Pier, Brayden’s last big victory came when he took out the Middle School Boys division at the 2019 National Interscholastics. But it had been a long time since he’d bagged an NSSA Open Season win. In fact, it had been since he competed in the 12-and-under division.

“In the final, my Dad told me to sit on the lefts, and as it turns out, those were the heat winning waves,” Burch said. “It took a lot of time and training to get me here!”

The win elevates Brayden to the No. 1 spot in the rankings, where he’d love to sit for the rest of the season. When asked about his goals, Burch explained, “To keep the ball rolling and make more finals and maybe win a couple more.”

Good luck to all the local NSSA grinders out there; keep up the amazing work in the water and the classroom.