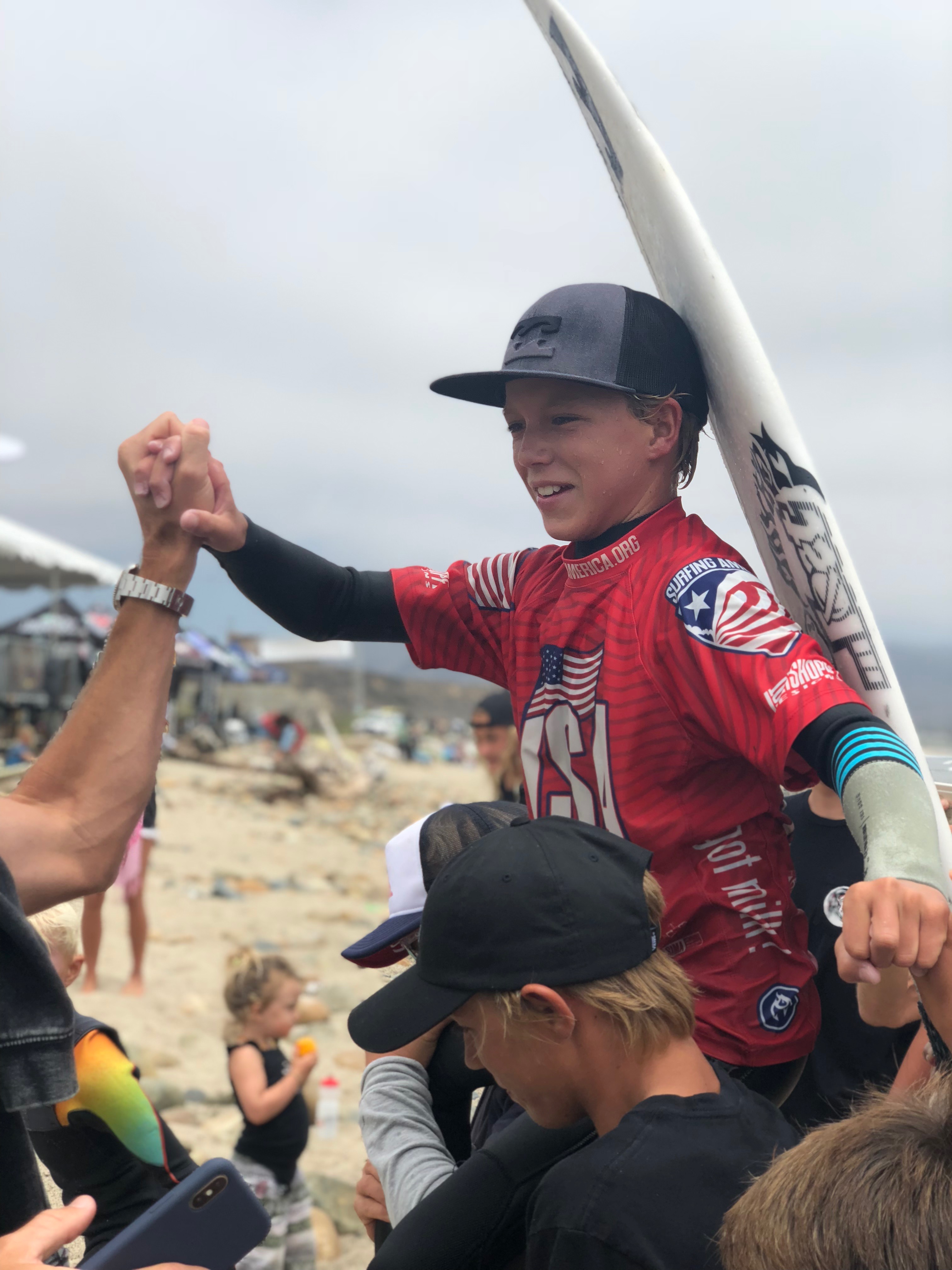 There’s an overwhelming word on the street regarding 11-year-old Cannon Carr, of San Clemente.

It’s not without reason. Cannon just made a big bang at the USA Surfing Championship, winning the boys 12 and under division in emphatic form. Posting a perfect 10-point score and backing it up with a 9.13, he earned himself one of the highest heat totals of any division in the whole contest, which is no small accomplishment considering that all the best under 18 surfers in the country were giving it their all at Lower Trestles last week.

A national title and perfect 10 would be reason enough to herald young “Cannonball” Carr here, but it seems he’s making a habit out of tallying perfect scores. Earlier this summer at the NSSA Regionals, he earned himself an equally dazzling 10-point score.

While his air game is turning heads and dropping scores, Carr’s the complete package. A radical little tube rider, at the end of the North Shore season this year he spent some time staying at Billabong’s Pipeline house, training on the Seven-Mile Miracle and working with luminaries such as Shane Dorian.

Like many people are saying, keep an eye on “Cannonball” Carr. The kid’s straight-up radical.