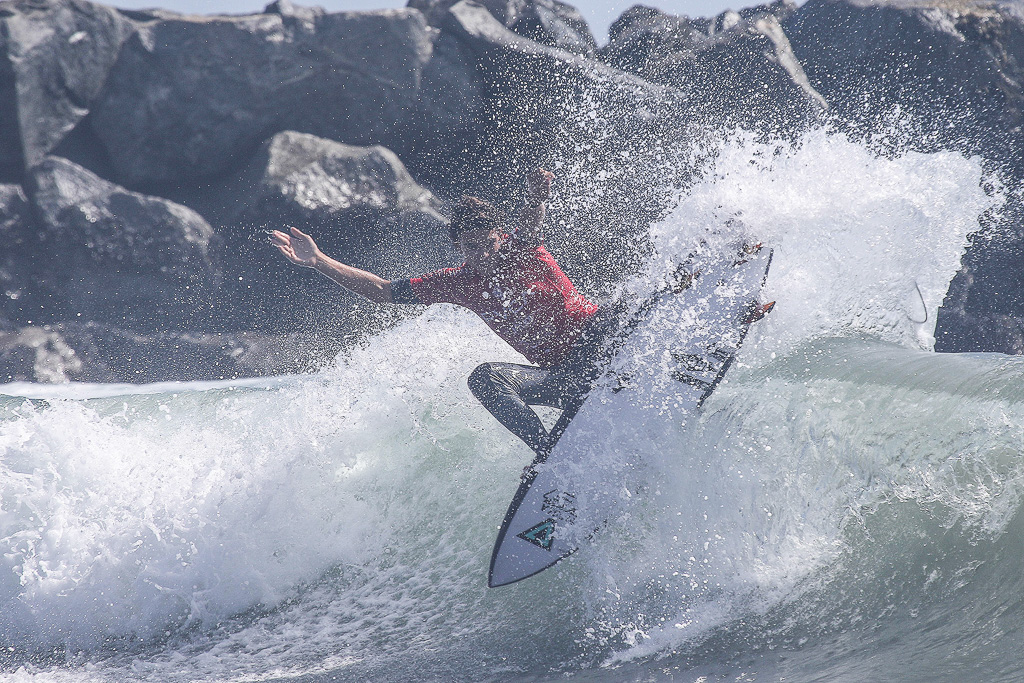 Grom of the Week: Cole Houshmand

This weekend the Vissla World Junior Surfing Championship lands in Huntington Beach, where Team USA will look to defend the gold medal it won last year.

One of the anchors of the national squad is San Clemente rising star Cole Houshmand. Most recently, he finished third at the RVCA Pro Junior in Newport Beach in late September.

It was the second WSL finals appearance in 2018 for the 17-year-old goofy-footer. He also finished second in the pro junior of the Vans U.S. Open of Surfing over the summer. The next WSL Pro Junior contest will take him to Barbados for the Live Like Zander Junior Pro in early November. He’s the defending champion there.

Houshmand has also been piling up the international travel experience, surf-tripping through Spain and Morocco for the better part of a month this year. And when he’s home, you may find him pulling on the jersey for the San Clemente Boardriders Club.

Back-to-back gold medals for the red, white and blue has a nice ring to it. Good luck to all competitors next week.

Grom of the Week: Hana Bakker