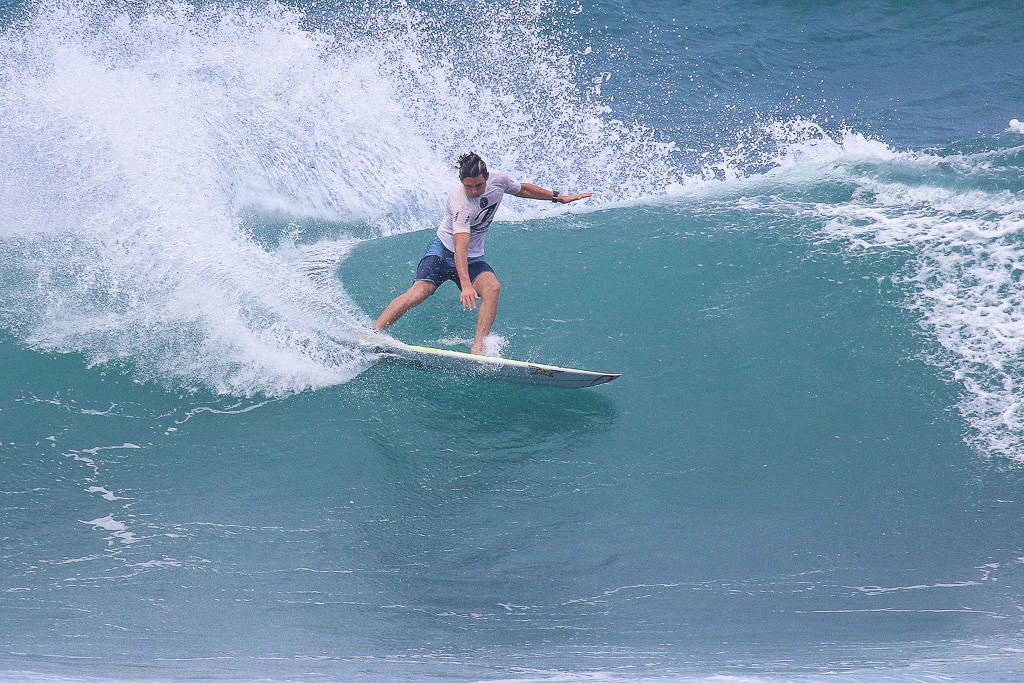 Grom of the Week: Crosby Colapinto

“It’s the best feeling, and it means so much to win this event in honor of Zander,” Colapinto said after the award ceremony. “He was such a good kid, and to win here at his home is amazing. I knew what I was coming here to do, and I was fired up.”

Colapinto faced San Clemente friends Kade Matson and Jett Schilling, as well as Mexico’s Alan Cleland in the final. Opening with a 9.33 (out of a possible 10), he backed up that score with a 6.57, which left everyone else needing excellent scores for a shot at catching him.

“Kade, Jett, and I, and all the San Clemente boys are so supportive of each other and we’re like brothers, so that was really cool to share that final with them,” Colapinto said.

“Now with Kade and Cole both in, we’re all going to travel together and can’t wait to finish off the year there,” Colapinto said.

Grom of the Week: Hana Bakker