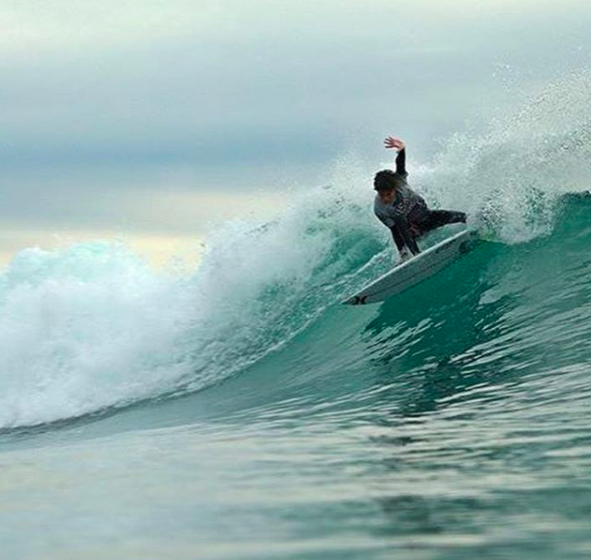 The USA Surfing Prime went down over the weekend at Salt Creek in some pretty pristine conditions. Offshore winds, northwest swell, 80-degree beach temps—it doesn’t get much better than that in December—unless your name is Dane Matson.

Surfing in the Under 14 division, Matson held on for a hard-fought win against some serious competition.

“I had so much fun at the Prime this weekend. Waves were on fire! Super stoked to take the win,” said Matson when the spray had finally settled.

Lately, Matson’s stock has been on the rise as he’s consistently been blowing up in NSSA finals, won the first Surfing America Prime of the season and then took the win in the Positive Vibe Warriors’ latest incarnation of the Stoke-O-Rama. A regular at spots around town like T-Street, Riviera and Lowers, he runs with a talented crew that’s quickly climbing the ranks around San Clemente and Dana Point.

Grom of the Week: Waylon Kenworthy