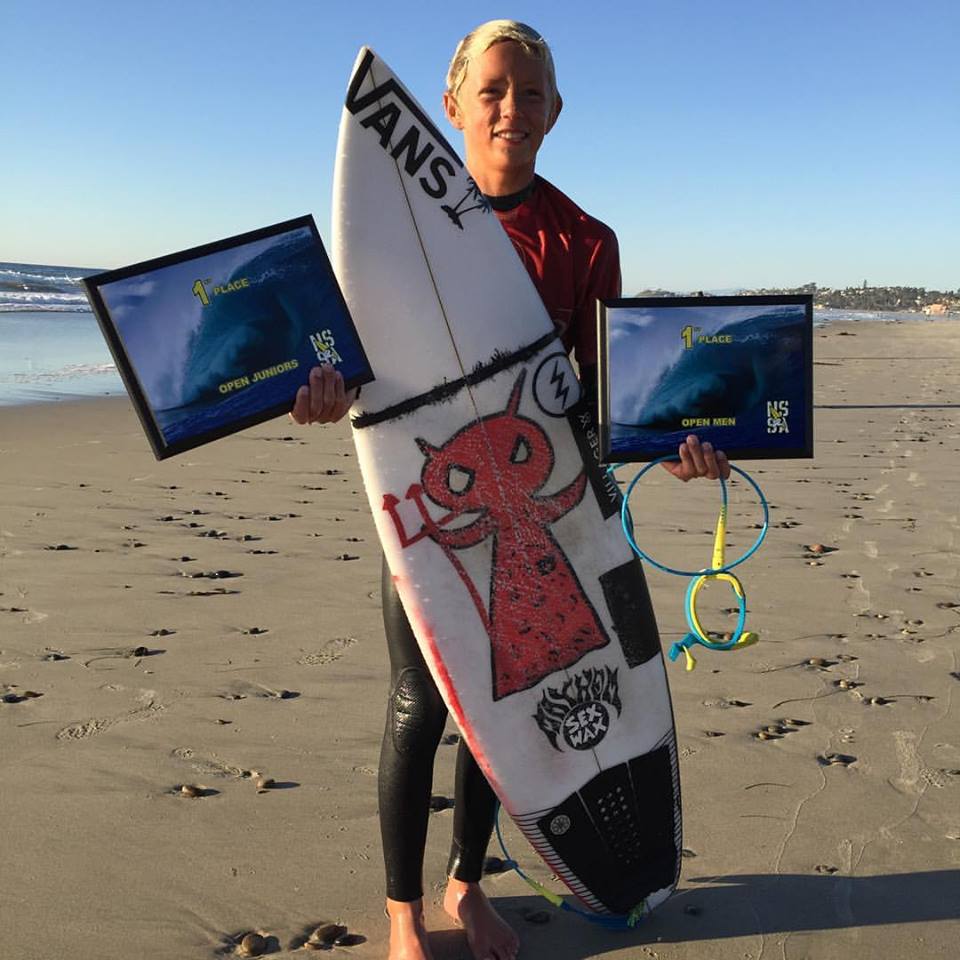 The year 2016 ended with a flurry of success for San Clemente’s brightest rising surf stars. Leading the charge was 2016 Grom of the Year, Griffin Colapinto, who headed down under for the WSL World Junior Championships and slid into second place. After a breakthrough showing in Hawaii this winter and his runner-up at the World Championships, he’s giving everyone in the area a lot to be excited about.

But this week, taking Grom of the Week honors is 13-year-old Jett Schilling. The young stylist wrapped up 2016 with a demonstrative performance at the NSSA Seaside Reef Open, topping the podium in both the Men’s and Junior’s divisions. With conditions ranging from good to victory at sea, he was able to notch his first wins of the NSSA season.

All told, the comp at Seaside was a good one for San Clemente’s surfers. Kirra Pinkerton also swept two divisions, winning the Girl’s and Women’s divisions. Samantha Sibley took second in the Women’s, and wunderkid Cannon Carr finished second in the Mini Groms.