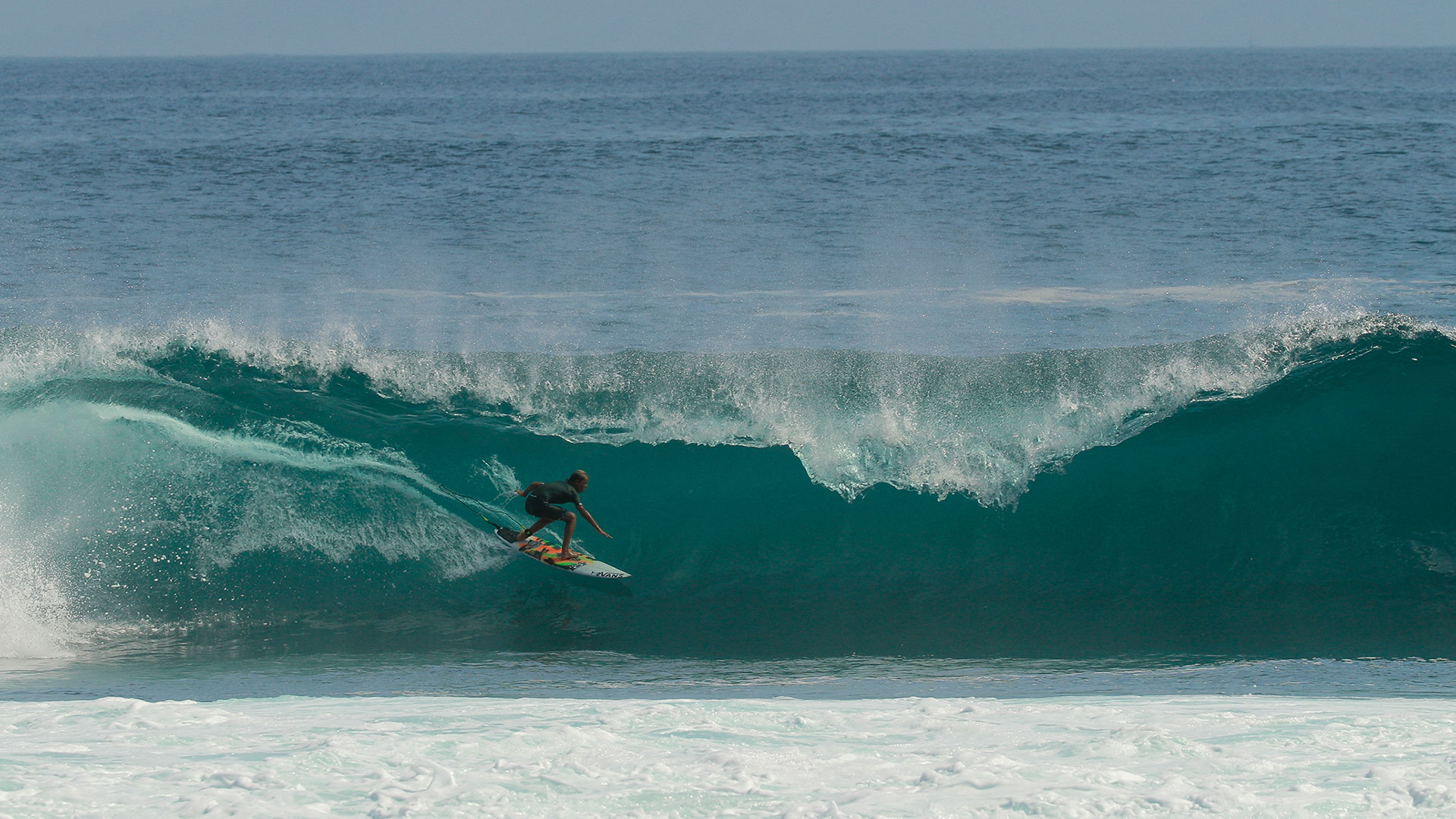 Jett Schilling’s epic summer continues. Currently ensconced in Austin, Texas, for a surf trip, he’s been on the road a lot lately. Fourteen-year-old Schilling and a small crew, including …Lost mastermind Matt “Mayhem” Biolos, headed out to sample the NLand Surf Park. Prior to that, Schilling logged some proper competitive experience at the Vans Pro in Virginia Beach.

But the highlight of the season came in July when Schilling and a small group of international rising stars joined former world tour stalwart Damien Hobgood in Indonesia for a SURFER Magazine trip. The objective of the trip was for Hobgood to help get the groms used to surfing heavy, hollow waves.

“The kids charged way harder than I ever imagined they would,” recounted Hobgood to SURFER Magazine. “I think I was able to push them right to that edge and have them grow and learn that they can really handle this stuff.”

“On the big day, I was about to paddle over this one wave, and I just heard Damo yell, ‘Go, go!’ So, I turned around and went,” told Schilling. “I was dropping into this wave, and I was like, ‘Oh, shoot, I’m not gonna make it.’ I was thinking I would just kick out, but it was too low-tide, so I just pulled in, and this chandelier hit me in the barrel and threw me off my board. There was a big one behind that wave, and I was trying to paddle away from the dry reef, because your leash can get caught on the coral. I tried to get my leash off, but I couldn’t, so I bailed, hit bottom, and got a little bit cut up. But it wasn’t too bad, so I was stoked.”

Stoked is right. Win, lose or bounce off the reef, Schilling’s act is as core as they come.

Grom of the Week: Stone Childress