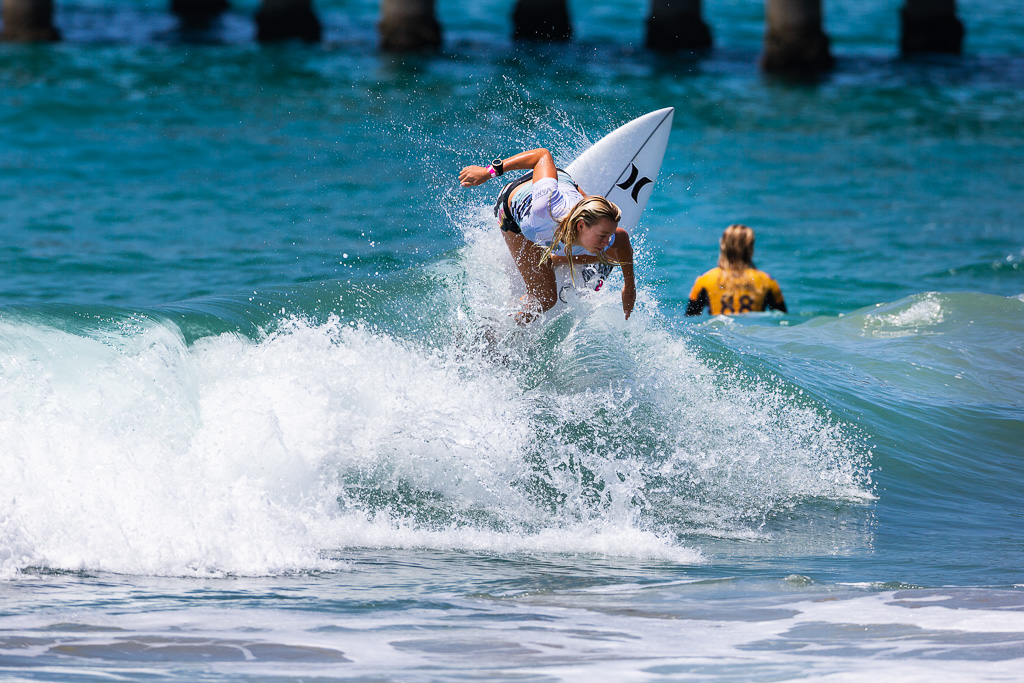 Last week, she won the trials at the U.S. Open of Surfing, a big feat in and of itself. For the effort, she earned herself a ticket into the main event. Surfing against six-time world champ Stephanie Gilmore and 2017 U.S. Open champion Sage Erickson, all of a sudden she went from being a big fish in a small pond to being a small fish in a very big pond.

But Pinkerton, wise beyond her years, was composed and surfed with heart. Of course, she was nervous. What 16-year-old wouldn’t be (not counting Caroline Marks)? She had the opportunity to surf two heats against the best women in the world, and while it was apparent she wasn’t satisfied with her performances right after getting out of the water, they will prove to be invaluable experiences that she’ll be able to draw from for years to come. It was one of those “building character” moments that every champion has to go through on their way to the top.