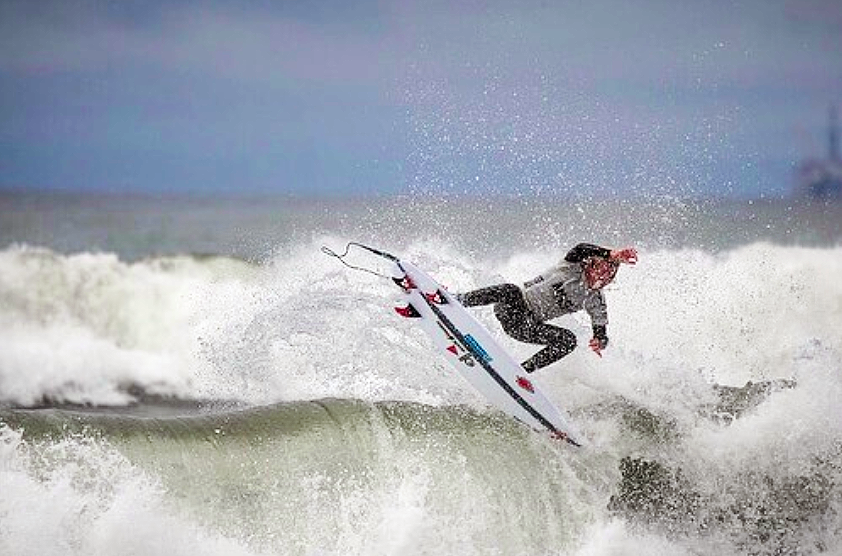 San Clemente has long been the home of progressive, above-the-lip surfing, ever since guys such as Christian Fletcher and Shane Beschen started punting at T Street in the ’80s and ’90s. The tradition continues with rising star Luke Wyler, the newly crowned Air Show winner at the recent NSSA West Coast Regional Championships.

Out-soaring the competition in a tight final, the 13-year-old regular-footer took the win over other San Clemente and Dana Point locals, including Hayden Rodgers, Cannon Carr and Bella Kenworthy.

A nimble, stylish surfer, Wyler buckled down and put in the hard yards to dial in his air game before the NSSA contest in Huntington Beach. A few weeks before it was time to compete, he headed to Waco, Texas, for a training session at the BSR Surf Resort—home of a man-made wave that provides surfers with an ideal setting for perfecting their maneuvers and repertoire. It paid off with a big win in Huntington.

Wyler’s been coming into his own in 2019. To start the year, he won the Under 14 division at the Toyota USA Surfing Prime Series presented by “Got Milk?” in Santa Cruz. With the water finally starting to warm up a little and a series of south swells stacked up in the forecast, “Lowers Luke” is setting himself up for a memorable summer vacation.

Grom of the Week: Eryk Brandt