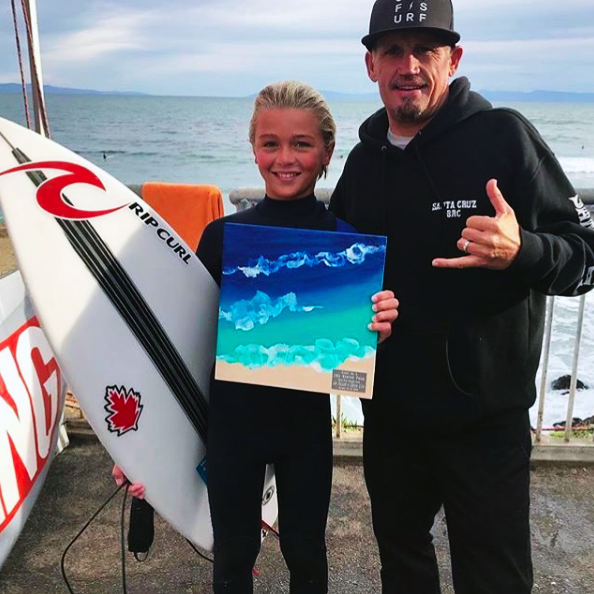 Big, chunky and cold—that was pretty much the surf report for the Toyota USA Surfing Prime Series presented by “Got Milk?” at Steamer Lane in Santa Cruz last weekend.

With wave heights hanging in the 6- to 10-foot range for the duration of the contest, just holding position in the lineup was a struggle, let alone linking together complete rides to garner scores and win heats. And with over 100 of the best 18-and-under surfers from around the country making the commitment to show up, the level of competition proved to be as challenging as the surf.

But 12-year-old Luke Wyler doesn’t seem to let things like pumping swell and stiff competition get in his way. Facing off against kids a couple years older, he was able to take the win in the 14-and-under division, besting fellow San Clemente ripper Dane Matson in the final.

Wyler’s been on a bit of a roll lately. At the end of 2018, he flew over to the North Shore of Oahu and made the final of the iconic Haleiwa International Open, which has been contested for 49 years.

When not traveling and competing, the probability is high that you’ll find Wyler tearing apart the peak at Lowers with his friends. After all, the kid’s Instagram handle is @lowersluke. Keep an eye out for him. He’s going places.