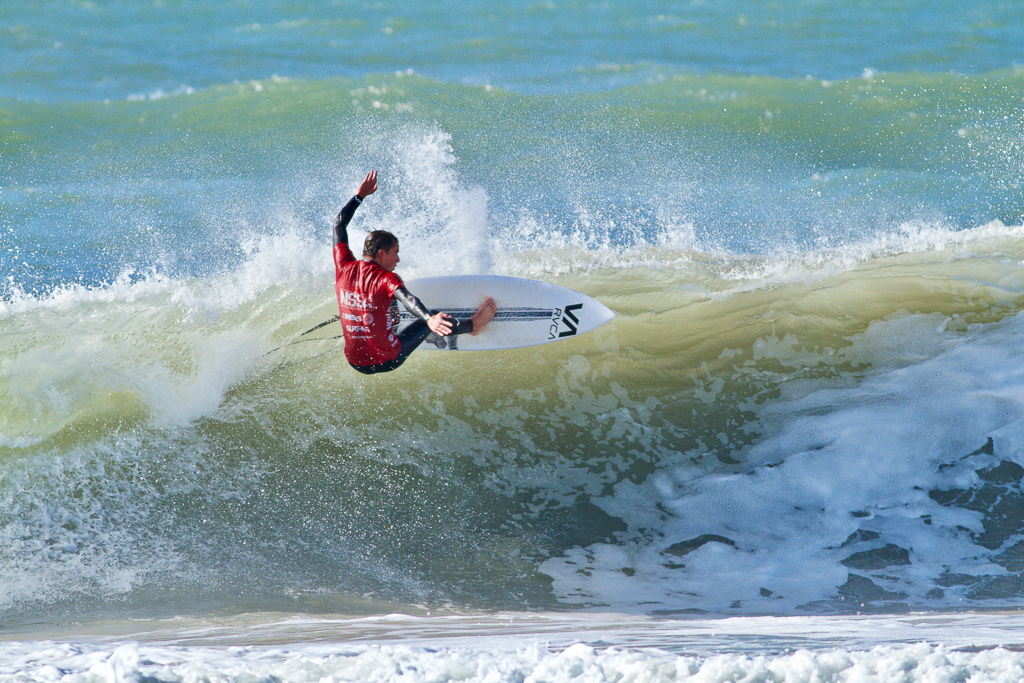 Grom of the Week: Noah Hohenester

When one grows up surfing in San Clemente and Dana Point, it’s easy to look at all the pro surfers who live in the area and think that’s a viable career path. Truth be told, the guys and girls who make it as pro surfers make up less than 1 percent of the surfing population. The rest of us have to figure out how to strike a work/surf balance.

Enter Noah Hohenester, a former NSSA champion. In 2017, Hohenester was named the San Clemente High surf team MVP as he went on to win both the NSSA California State Championship and NSSA National Championship titles. He also graduated with a 4.1 grade-point average.

Today, he’s an 18-year-old freshman at Cal Poly San Luis Obispo. A member of the surf team, he’s currently rated number one in the NSSA Collegiate rankings, while Cal Poly is the No. 1-rated college surf program in the country. Hohenester is also wisely putting grades before waves.

“I’m just trying to focus on school for the next four years and do my best for the Cal Poly SLO surf program,”  Hohenester said during an interview with the San Clemente Times.

Whatever the future may hold in store for Hohenester, in or out of the water, he’s sure to be prepared for whatever life may throw his way.