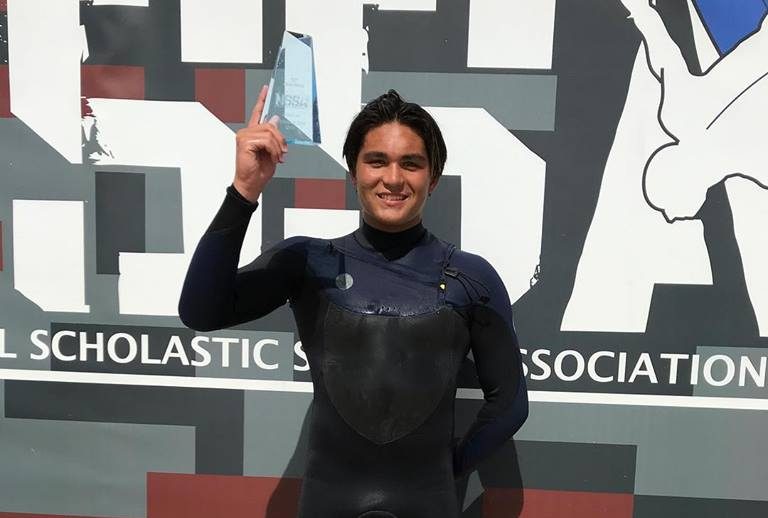 Grom of the Week: Reef Tsutsui

Last weekend, the skies cleared up and a little wind swell pulsed into Surf City for the latest NSSA showdown. In the end, it turned out to be a San Clemente dogfight at the NSSA Southwest Conference competition at Ninth Street in Huntington Beach.

Held in tricky waist- to chest-high conditions with a heavy dose of afternoon west winds, Reef Tsutsui came away with a nail-biting win over San Clemente compadre Crosby Colapinto. The final score: 10.67 to 10.50. Tsutsui took the win by not even two-tenths of a point. It was his first win in the NSSA Southwest Open Men’s division.

Overall, it was a great weekend for the local talent as our up-and-coming surfers chalked up big results throughout a number of divisions.

For the boys, in the Open Juniors, Hagan Johnson locked in a runner-up finish of his own, while Hayden Rodgers and Charlie Stevens also came away with podium finishes in their respective divisions.