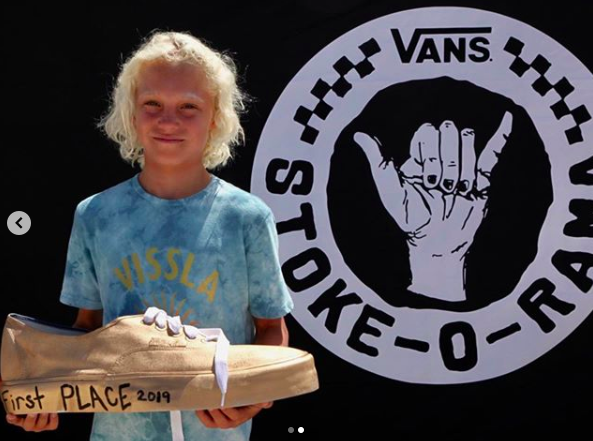 It’s hard to believe, but it’s already that time of year again. The groms are back in school—which seems crazy—and the 2019/2020 National Scholastic Surfing Association (NSSA) season is officially underway.

The first contest of the year took place last weekend in Ventura, and it was San Clemente shred master Rex Hennings blowing doors on the Menehune division to take the win. Obviously, a summer’s worth of surf at Lowers has paid off.

The 12-year-old regular-footer has been on fire lately. He made his first heat at the recent USA Surfing Prime contest at Del Mar Jetty on the base at Camp Pendleton. Prior to that, Rex enjoyed a nice little summer vacation surf trip to Mainland Mexico, where he scored some much-appreciated laps in at the iconic point breaks.

And to get the ball rolling, at the end of July, Rex took the win at the Gudauskas brothers’ Stoke-O-Rama contest that ran in conjunction with the Vans U.S. Open of Surfing in Huntington Beach.

From what we can tell, it’s been a pretty epic summer for Rex. Now it’s time to hit the books—and the surf.

Grom of the Week: Asher Hodgman