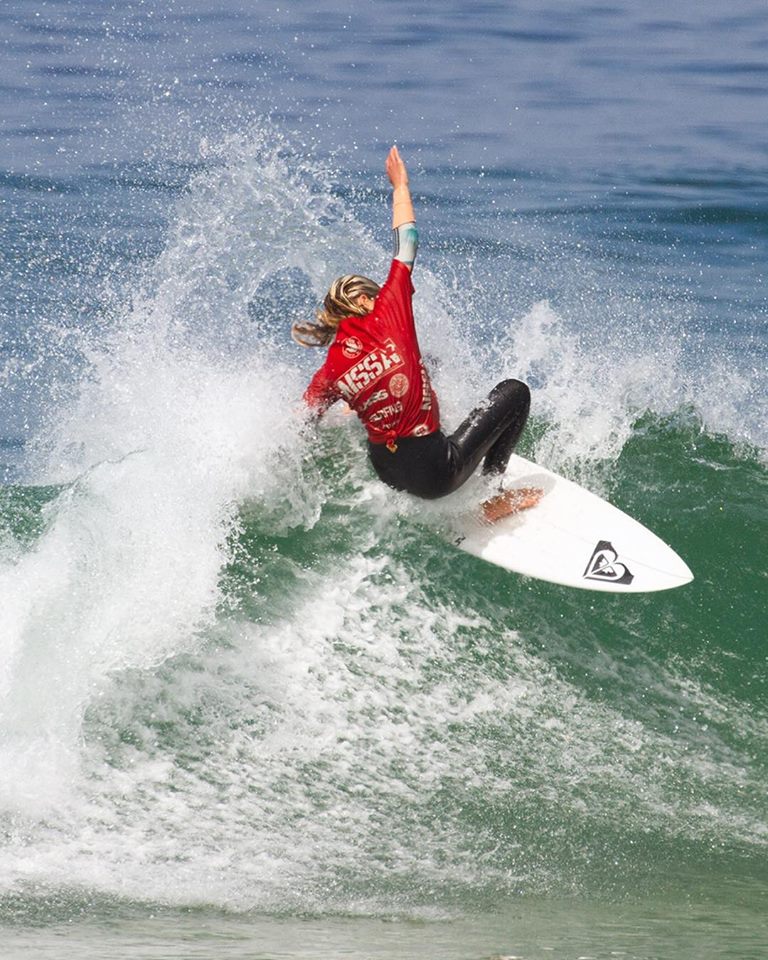 The final stop of the 10-event NSSA Southwest Conference season rolled into Dana Point last weekend. With scattered two- to three-foot peaks and a bit of south wind blowing at Salt Creek, local groms shined in the tricky conditions. A number of Dana Point and San Clemente surfers celebrated division wins, but it was Sawyer Lindblad who was the big winner for the weekend.

Coming away with victories in the Open Girls’ and Open Women’s finals, she was the only surfer to win two divisions. The good times didn’t stop there for Lindblad, who also clinched the Conference Title in the two divisions.

“Winning a Conference Title not only takes a lot of talent, but a ton of determination and commitment. To win two in one season doubles that statement,” Janice Aragon of the NSSA wrote on Facebook.

Lindblad’s been on a roll lately. Three weeks ago, she competed in the West Coast Toyota USA Surfing Prime Series at San Onofre’s Church and finished third in the under-16 girls division. She’s also a dedicated member of the USA Junior National Surf Team and competed in the World Junior Surfing Championship last November, where she helped the Red, White and Blue win the coveted Aloha Cup.

With this much success and momentum going into the summer surf season, we can’t wait to see what she’s capable of when the water warms up and the south swells start rolling in at Lowers.

Grom of the Week: Asher Hodgman