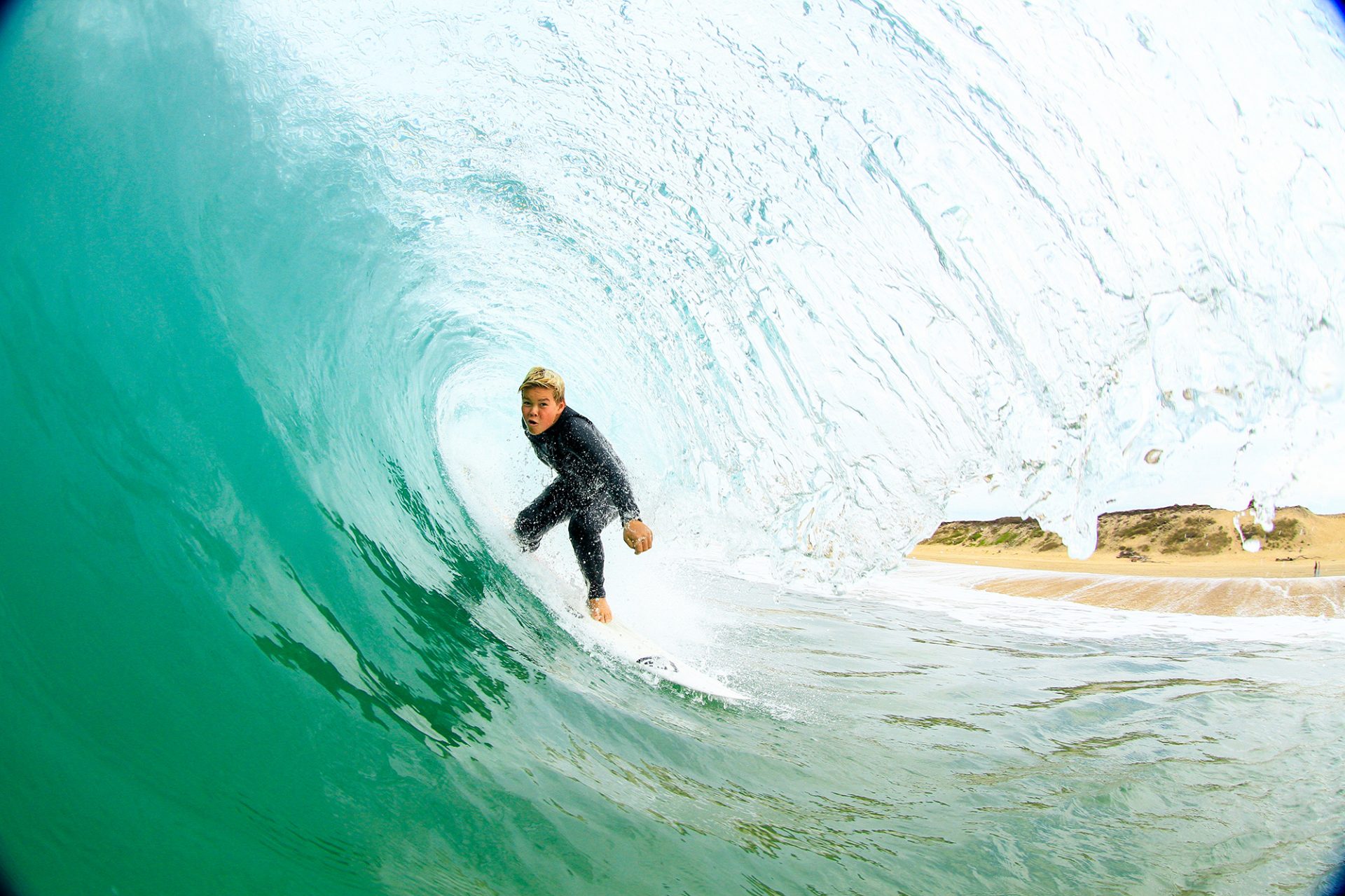 Just about every weekend, a kid can find a surf contest to enter somewhere in California. That makes gathering competitive experience relatively easy. It just takes parents willing to tack a ton of miles onto the odometer. But for an up-and-coming talent that wants to get to the top of the pro surfing game, it’s all about traveling and tempting fate at ever-more challenging breaks.

Thirteen-year-old Taj Lindblad appears to have figured this out early. Attending Shorecliffs Middle School, he’s taken to the road in the last year and it’s served him well. Signing on with surf company Quiksilver, Taj’s been recruited to join their Young Guns program, which takes a handful of the hottest kids from around the world and sends them on surf trips together.

Last fall, Taj joined fellow San Clemente star and Quik team rider on a trip to the southwest coast of France (only eight surfers were invited). They scored some epic beachbreak conditions and working with a crew of coaches and filmers, came away with some valuable lessons.

Another year older, some solid contest results and a ton of miles under his belt, we have a feeling some very good things are in store for Taj this year.