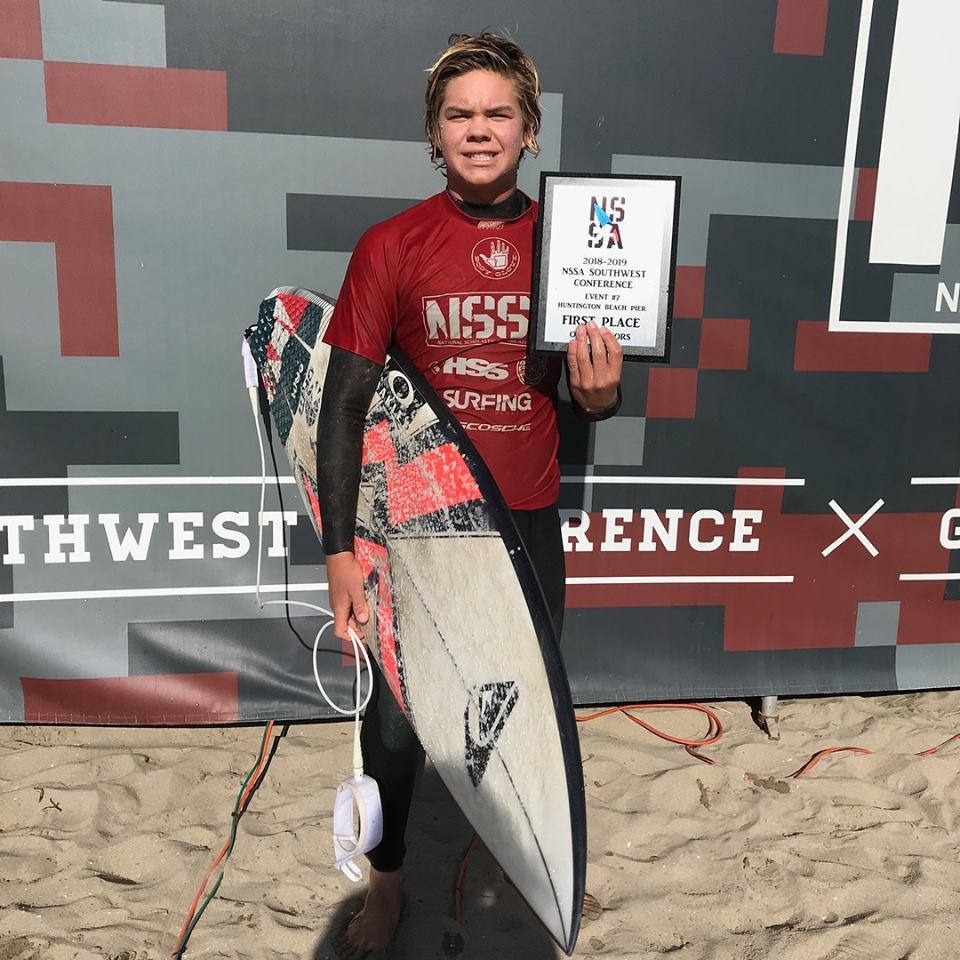 San Clemente’s Taj Lindblad has been on a hot streak lately. A couple of weeks ago, he was on a mission as he made the trip up to Santa Cruz for the Toyota USA Surfing Prime Series at Steamer Lane. The waves were pumping, and Lindblad went all in. Earning himself the distinction of tallying the highest heat total of the contest (an 8.33 and 7.33 for a 15.66 total), he went on to win the boys under-16 division, establishing himself as one of the marquee surfers in the talent-rich USA Prime Series.

Capable of getting the job done, whether the surf’s big or small, he kept the momentum going last weekend in micro conditions on the south side of Huntington Beach pier as he went to work at the NSSA Southwest Open. Taking out the junior division with an 8.33 and a 7.07 in the final, he made the most of the small waves trickling over the inside sandbar.

Earlier this winter, Lindblad split his time training on the North Shore of Oahu with the Quiksilver surf team and won competitions at Salt Creek.

As they say on the nightly news, “Watch this space.”