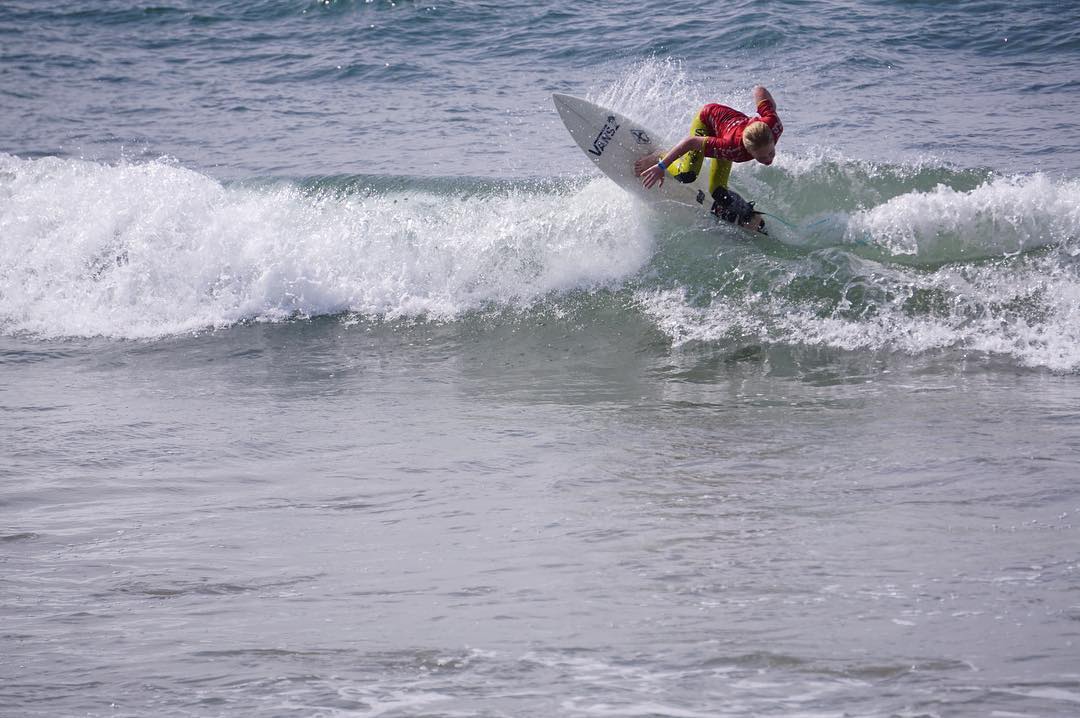 Grom of the Week: Tyrone Fomenko

Rolling up to Ventura for the opening day of the NSSA Gold Coast season, San Clemente’s Tyrone Fomenko got straight to work. Winning the Explorer Boys division, it was an epic start to the season.

“Had an awesome weekend in Ventura! Stoked to have surfed in the NSSA and congrats to everyone who surfed throughout the day,” said Fomenko on Instagram.

The 13-year-old San Clemente ripper’s also been enjoying a lot of success in the 2018 Sun Diego Am Slam Surf Series. Winning the first contest of the four-event series back in June at the San Clemente Pier, he stayed hot all summer long, finishing fourth in the second event in Pacific Beach and second in the third event at the Ocean Beach Pier. The final comp will be this October.

As far as where he wants surfing to take him, he’s looking well beyond his own backyard.

“My dream is to go to the Mentawais because the waves are perfect. I would take my dad and friends. That sounds like a dream,” he told the Positive Vibe Warrior Foundation when they named him Grom of the Week earlier this summer.

It’s a new year on the NSSA circuit and we can’t wait to see what else Fomenko gets up to.