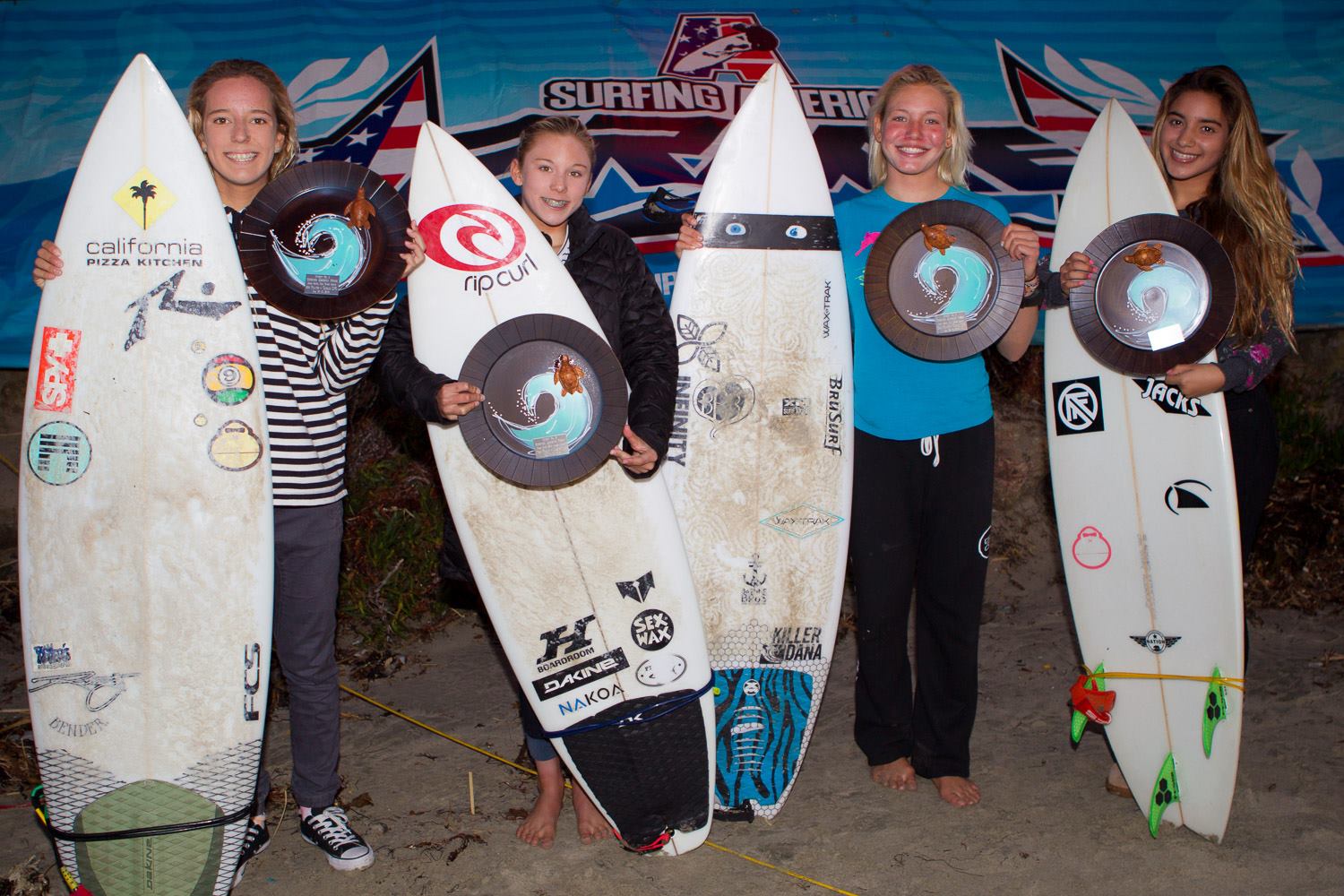 Groms of the Week: Surfing America Prime Boys U14 and Girls U16 Competitors

With a huge swell consistently producing waves in the 6- to 8-foot range along with the occasional set topping 10 feet, Surfing America Prime’s youngest surfers, the Boys U14 and Girls U16 divisions, turned in a collection of astonishing performances Saturday, Dec. 12, at Salt Creek Beach.

The four Boys U14 finalists—Kade Matson (San Clemente), Nicholas Coli (San Clemente), Jackson Butler (Encinitas) and Dimitri Poulos (Ventura) in first- through-fourth-place order—braved the conditions not one, but three times on their way to the podium.

With such talent-stacked heats in both divisions, the competitors, finalists or not, delivered ride after ride of inspired, brave and skilled surfing.

Although San Clementeans Samantha Sibley and Kirra Pinkerton ended their U16 campaigns in the semifinals, both surfed up in the U18 division makeup heats for the postponed Church Beach event in October and made that final, taking third and fourth place, respectively. Pinkerton also moved through the regular event preliminary rounds in the huge Saturday surf to take fourth place on Sunday, Dec. 13. While surfing up in U18, this dynamic duo also received the two highest average wave scores of the event among the girls: 9.50 for Pinkerton and 8.17 for Sibley.

The skill, confidence and capability shown by these elite young surfers bodes well for the future of the Surfing America USA Surf Team.