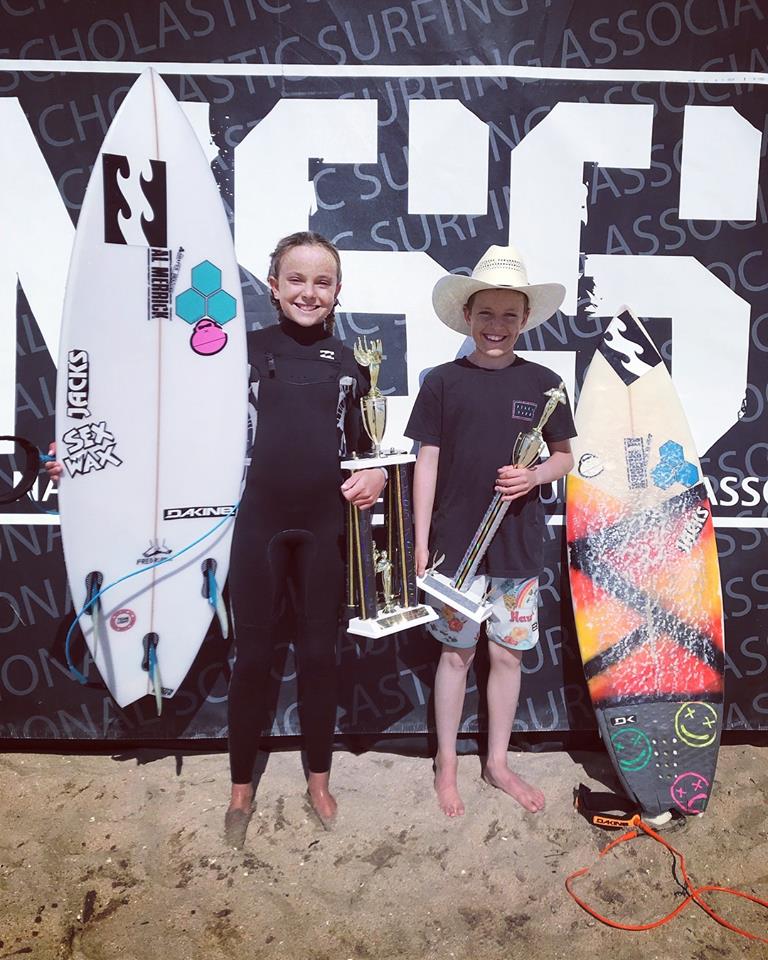 Groms of the Week: Bella and Loyal Kenworthy

Truth be told, I’ve known the day would come when the Kenworthy kids would storm the NSSA ranks. We’re just lucky it’s only two of them at this point.

Not content to rest on her laurels, Bella headed down to Oceanside last weekend for another NSSA comp, and again, came away with two division wins in the Open Girls and Open Super Girls. Plainly put, the girl is on fire.

Bella and Loyal are two of five Kenworthy kids, which means in the not-too-distant future we could see a full family takeover of the NSSA. We’ve seen some sibling champions over the years, but never like this Brady Bunch from Dana Point.

And if you think they can surf, you should see what they’re getting up to on their skateboards.