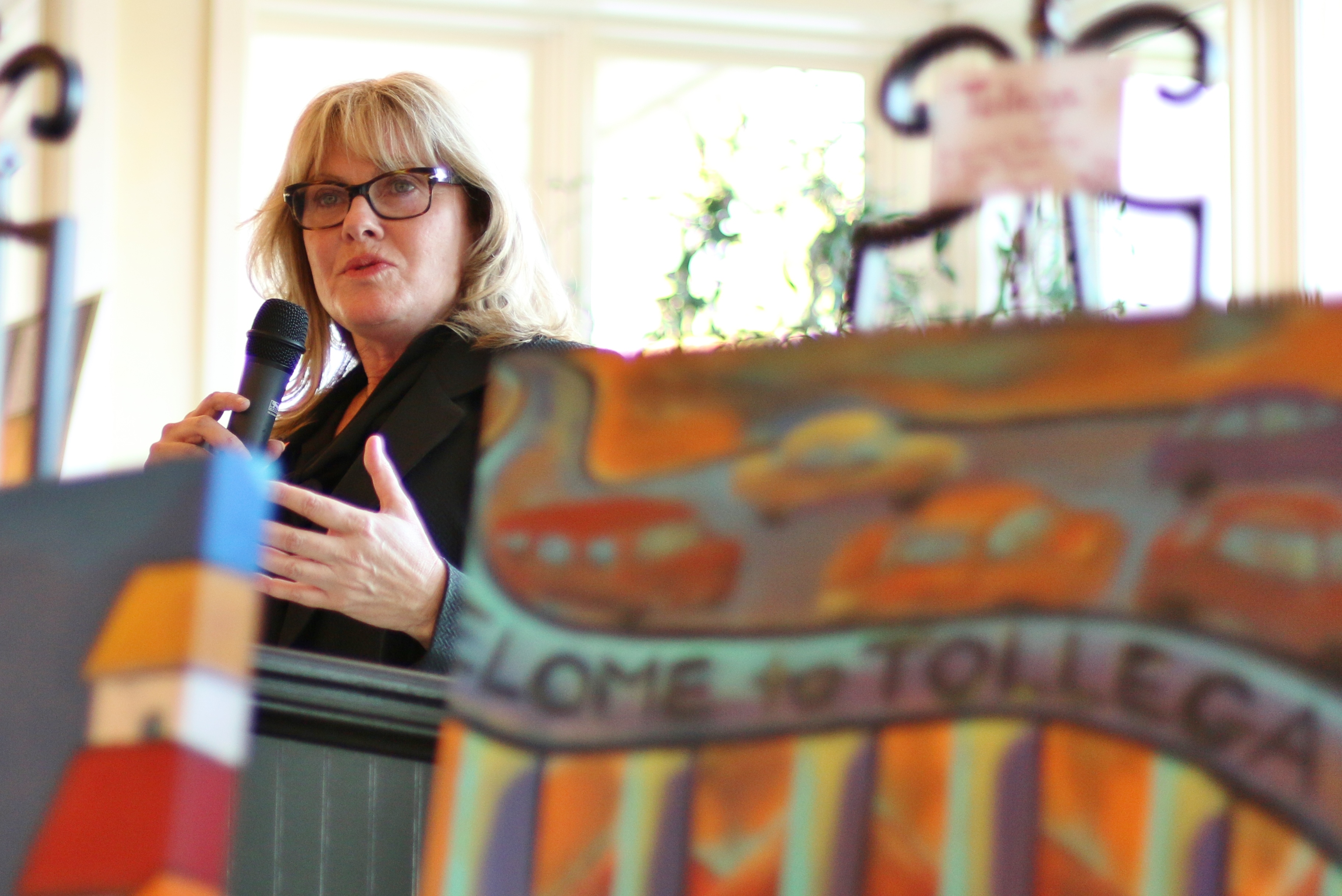 The organization Coalition to Save San Clemente (CSSC) has established a political action committee (PAC) in order to oppose proposals for toll roads through San Clemente from the Transportation Corridor Agencies (TCA).

According to CSSC officials, the organization raised more than $20,000 at its first auction and fundraising event on Thursday, May 25, at Bella Collina San Clemente. The money will be used for efforts to stop the toll road proposals from coming to fruition, especially the ones that appear to be drawn straight through San Clemente.

None of the proposals have been approved by any governing bodies, and the environmental review process is just barely getting started. So we don’t know exactly what they would look like or where they would be constructed.

Dan Bane, an environmental attorney and San Clemente resident working with the coalition, said the PAC will take a broad approach to addressing issues from the TCA proposals.

“We’re going to scour through every aspect of the toll road through the (joint powers authorities) agreement, the environmental aspects and things that they’re (required) to do,” Bane said.

During the event, Mayor Kathy Ward claimed the TCA has not taken input from San Clemente residents to heart and that they have ignored their opinions.

TCA officials have contended that the current proposals are based off input from residents of South Orange County, but the Community Ascertainment Study used for that data interviewed 45 people, not all of whom live in San Clemente or San Juan Capistrano. The sample size was not appealing to the mayor.

Mayor Kathy Ward speaks during a meeting of the Coalition to Save San Clemente on Thursday, May 25. The coalition has started a political action committee to oppose the toll road proposals through San Clemente. Photo: Eric Heinz

Valerie Sweeney holds up a "No Toll Roads Through San Clemente" bumper sticker prior to the fundraiser for the Coalition to Save San Clemente meeting on Thursday, May 25, at Bella Collina San Clemente. Photo: Eric Heinz

Hundreds of people gathered on Thursday, May 25, at Bella Collina San Clemente. The Coalition to Save San Clemente has started a political action committee to oppose the toll road proposals through San Clemente. Photo: Eric Heinz

Dan Bane, a San Clemente resident and member of the Coalition to Save San Clemente, has been working with the organization to start a political action committee to oppose the proposed toll roads through the city. Photo: Eric Heinz

Council member Lori Donchak speaks with constituents prior to the Coalition to Save San Clemente fundraiser on Thursday, May 25, at Bella Collina San Clemente. Photo: Eric Heinz

People recite the Pledge of Allegiance prior to the Coalition to Save San Clemente fundraiser on Thursday, May 25, at Bella Collina San Clemente. Photo: Eric Heinz

“The City Council voted unanimously to oppose any toll roads through San Clemente; we did that immediately as soon as we saw (the proposals),” Ward said during the event. “We did not pick these proposals. It’s part of their orchestrated process.”

Due to the settlement agreement among various environmental organizations and the TCA, those organizations cannot oppose proposals brought forth from here on, in exchange for protecting perceived or studied environmental areas and San Onofre State Beach.

“That was a big voice I think a lot of people in the city counted on, and with them sidelined we’re now citizens for themselves,” Bane said, adding that the fight against the toll roads may have to be largely driven and funded by local residents.

Bane has been working with Eva O’Keefe, a local activist who is helping to champion an effort to oppose the toll roads.

The arterial solutions, which in theory would eliminate the need for a toll road and further expand existing roads such as Avenida La Pata and other connections, are alternatives Bane said he and many coalition members would be willing to support.

At its last meeting, City Council entertained the idea of spending $27,000 for the creation of hypothetical visuals of the toll roads but stopped short as they determined it would be premature at this time. The City Council could revisit the issue after the June 5 forum.

TCA officials were quick to criticize the visuals in an email sent among its staff.

“It remains to be seen what will happen on June 5,” Bane said. “They’ve already given the city a hard time for the visual proposals, that’s fine. Let’s see what they’ve got. Everything (appears) to indicate they’ll want to move quickly on the environmental studies. We’ll see.”

The South Orange County Economic Coalition (SOCEC), a business advocacy and research organization, announced last week that it is in support of the efforts of the Transportation Corridor Agencies (TCA) and other agencies and locals “to find regional traffic relief solutions through South Orange County.”

Paul Simonds, chairman of SOCEC, said studies have shown Orange County’s population is expected to increase by more than 400,000 residents in the next two decades, taking into consideration in South County that 14,000 new homes are being built in Rancho Mission Viejo.

“TCA has brought everybody to the table and has started the engagement process,” Simmonds said. “We need an alternative and we need the 241 to be connected. Once we have some viable options from the process, we can go from there.”

A statement from the developers of Rancho Mission Viejo last week stated that they are not in support of the current proposals from the TCA, although they acknowledged they have worked with officials and the county on projects before and will do so in the future.

“With regards to the recent efforts by the TCA to identify new alignments for regional traffic mitigation, regrettably, there appears to be no viable option which doesn’t impact Rancho Mission Viejo residents or our South County neighbors,” the statement read. “Therefore, we are not in support of the alternatives as currently proposed.”
Simonds said the infrastructure would also bring more economic benefits to the area.

What kind of support besides verbal or written SOCEC intends to give remains to be seen, and Simonds said the SOCEC has not endorsed a specific proposal.

“What we’re really focusing on is to educate and to speak to our members about the issues…and encouraging people to be involved in the process,” Simonds said. “This is the chance to bring as many ideas to the table that make the most sense.”

Bane said the PAC received its ID number last week, and the organization is starting to conceptualize how it will be used.

The third public forum hosted by the TCA will take place at 5:30 p.m. on Monday, June 5, at Saddleback College’s McKinney Theater, located at 28000 Marguerite Parkway in Mission Viejo. There will be overflow rooms in room SMS 13 for additional people. The forum will also be live streamed via www.getmovingoc.com and on The Toll Roads Facebook Live feed. The TCA announced on Wednesday that it cannot receive any more RSVPs because they have reached the venue’s capacity at McKinney.

Current meetings and other materials can be found at www.thetollroads.com.