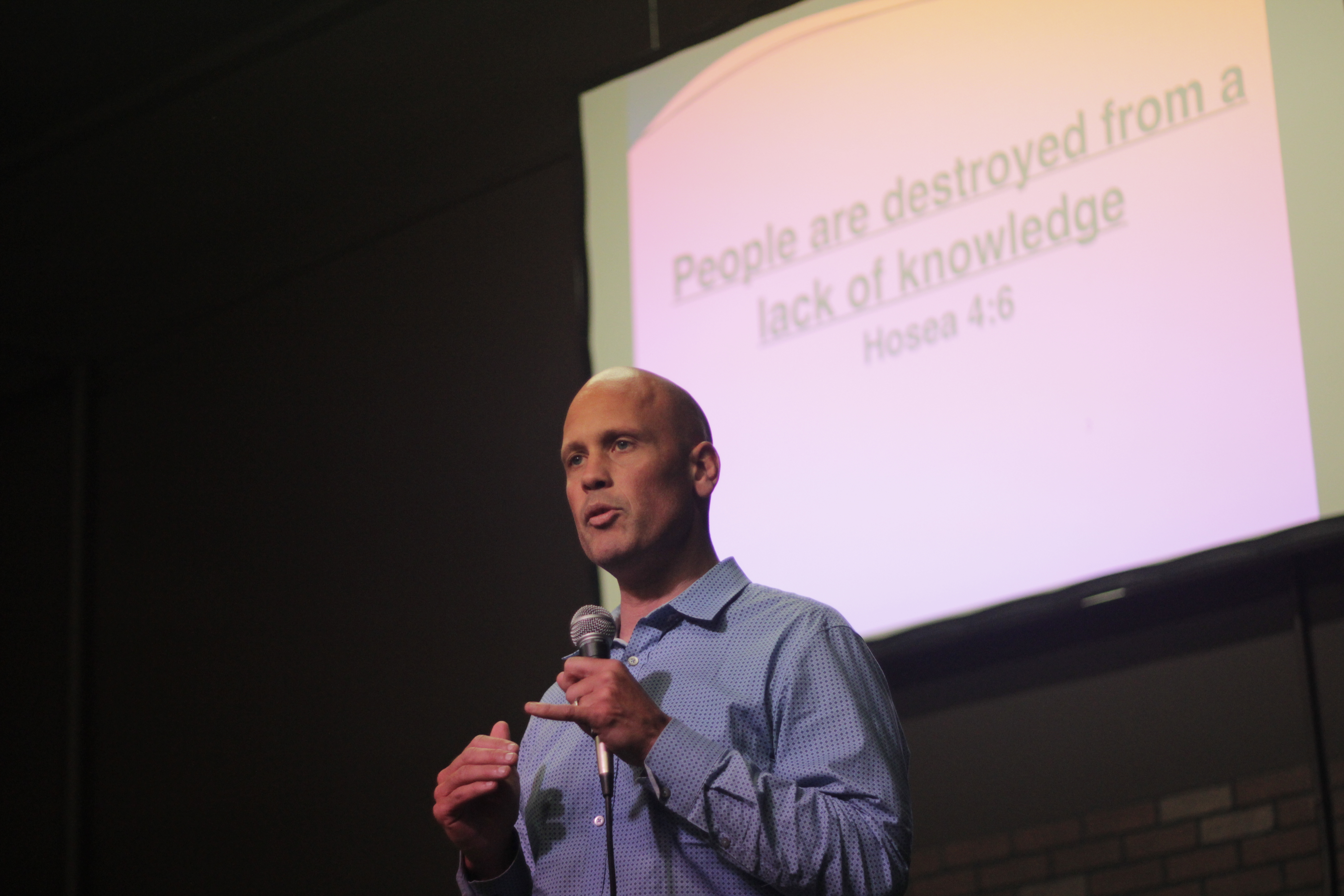 Some of San Clemente’s substance abuse awareness organizations all seemed to take form at the same time, having the same issues that were afflicting their community.

Three groups, Community Outreach Alliance, Living Life In Recovery and Save San Clemente, are all in their relative infancy, with more resources joining them every month. Without measuring their breadth by statistics, members from each organization said they want to eradicate narcotic, alcohol and other addictions with outreach—some of them having experienced the throes of opioid, alcohol and other dependence.

During a COA Clinic presentation June 3 at Talega Life Church, many members of about 50 people in the audience shared their experiences with opioid addictions and other afflictions. COA, a nonprofit organization, began about three years ago but didn’t materialize into a committed outreach organization until about a year ago.

Having experienced life clouded at best and destructive at worst, organization representatives said they’ve also seen friends die due to overdose or slow, crippling use.

COA was formed about three years ago but began hosting events in October at Talega Life Church.

Teri Steel, COA project manager, said the many organizations working with her are just now starting to network efficiently.

She said there was a need for people to reach out for support.

“This community came out in force,” Steel said. “We’ve had events in the chapel and wound up hosting (guests, such as representatives of), San Clemente High School, the (San Clemente) mayor and community leaders because kids were dying. People from all over OC came over. We looked to join forces and not overstep each other.”

At the June 3 event, a poster with photos of about 40 people, ages 16 to 21 who had died from opioid and drug overdose, was displayed in the main lobby.

At the COA Clinic presentation, Dr. Tim Swift, a chiropractor and advocate of natural healing and stress relief, spoke about the ways in which he has seen addictive medication plunge people into a spiral of addiction. Swift said, in the cases of using pain relievers such as OxyContin, the body wants to heal itself and needs time to do so without “interferences.” Although immediate and severe pain may require this kind of strong medication, it’s not supposed to be a chronic solution, and the neurology behind it explains why people are anchored to dependence.

Swift said he works with many people who have come out of addiction or are still having withdrawals from heavy use.

Lauren Spencer-Leland, the founder of Save San Clemente, an organization that helps people find recovery and treatment options, works to assist people into treatment facilities and recovery programs.

“We do healthy activities for people in recovery and for people who want to stay healthy: paddle boarding, dodgeball, bon fires, rock climbing,” Spencer-Leland said.

Providing resources to people is priority No. 1, she said.

She knows the ropes from experience. Spencer-Leland said she was 12 years old when she started experimenting with alcohol and was admitted to treatment centers on a couple occasions.

“I lost connections with my family,” Spencer-Leland said. “My attitude was terrible until I was sent to a treatment center in Georgia, and then I went to another treatment facility in Utah. Then when came I back and had a surgery, and I was prescribed Vicodin. I had relapsed and kick-started my addictions, and that progressed to cocaine and ecstasy. I was sent back to my treatment center for a year.”

She said instances in her life regarding people close to her provided the wake-up calls she needed.

Save San Clemente is just more than a year old and is in the process of receiving nonprofit tax status, but Spencer-Leland said the organization has assisted about 20 people get into treatment facilities and another 50 have been given lengthy information about recovery.

“We want to let the community know there’s a place you can go if you need help,” she said.

Josh Stickel and Erik Spettel started Living Life In Recovery, an organization that helps people find interest in life away from addictions, in January.

Both of them have been sober for more than a year, and they both said they understand reintroducing themselves to society is not an easy task.

“More and more people come to these events for something they’re looking for,” Stickel said. “They’re going through meetings and fellowships, but people want to be part of something, and that’s why a lot of people use drugs because they don’t feel like they’re part of something. Once they use, they take that feeling away.”

Spettle, originally from Columbus, Ohio, said his own drug use was a financial wrecking ball.

“The damage I caused from my addiction is well into the hundreds of thousands of dollars, I’m sure,” he said. “Insurance fraud, check fraud, counterfeit money—it just takes over.”

The main objective is to get people focused on things that don’t involve a “drug of choice,” a substance with which a person fixates.

“When I came out of treatment I needed to find a hobby that suited me, so we’re trying to bring the community together and give them the opportunity to experience difference things,” Stickel said. “A lot of what we do is pretty much free of cost. We show people that there are ways to have fun without drugs and alcohol.”

The two said they’ve worked with between 50 and 100 people since they started, but that doesn’t mean they’re all from San Clemente or Southern California.

“What I’ve seen is … San Clemente is a great spot because it has a lot of opportunity for recovery, but there’s also a lot of drug use in San Clemente,” Stickel said, adding he’s seen users of all ages. “These guys are still looking for a job or sober living and don’t have the opportunity.”
Some obvious signs people are using include but are not limited to increased lethargy and cigarette burns on a person’s pants due to them falling asleep.

“It gets to point where the person isn’t themself,” Spettel said.

Dr. Eugene Medley, M.S., pharmacist and owner of Sea View Pharmacy in San Clemente, said San Clemente is no exception to deception and drug trafficking in plain sight. He said he’s seen a consistent stream of scammers trying to acquire narcotics for sale or fueling continued personal use.

“Unfortunately, yes, you do have individuals who attempt to do those kinds of things,” Medley said. “We often find individuals are trying to cheat the system, for lack of a better term.”

But there are a lot of tell-tale signs between a physician’s referral and an imposter’s feint, he said. Most of the time pharmacists will keep in constant communication with other physicians. If they do get cheated, there is a possibility that the pharmacy is liable in litigation.

“The (California Board of Medicine) came forward with corresponding responsibility where it put the onus on the pharmacy, and if we willingly fill something that’s questionable, we’re responsible,” Medley said. “If I do not know the doctor and the patient and cannot substantiate a request, I will not fill a prescription.”

Medley said he contacts Drug Enforcement Agency authorities whenever a red flag comes up or he can’t connect the physician to the requester.

“If there’s a possibility of malfeasance, we let the prescriber know, and because it’s their ID that’s been stolen,” Medley said.

Last year, the federal government implemented a requirement for states to pass legislation for licensed professionals to report distribution of certain levels of identified narcotics. The California Attorney General mandated licensed professionals to register by Jan. 1, 2016 with Controlled Substance Utilization Review and Evaluation System for schedule II through IV controlled substances, according to the AG website. California Prescription Drug Monitoring Program will maintain the CURES database. More information can be found at www.oag.ca.gov/cures-pdmp.

More information can be found at