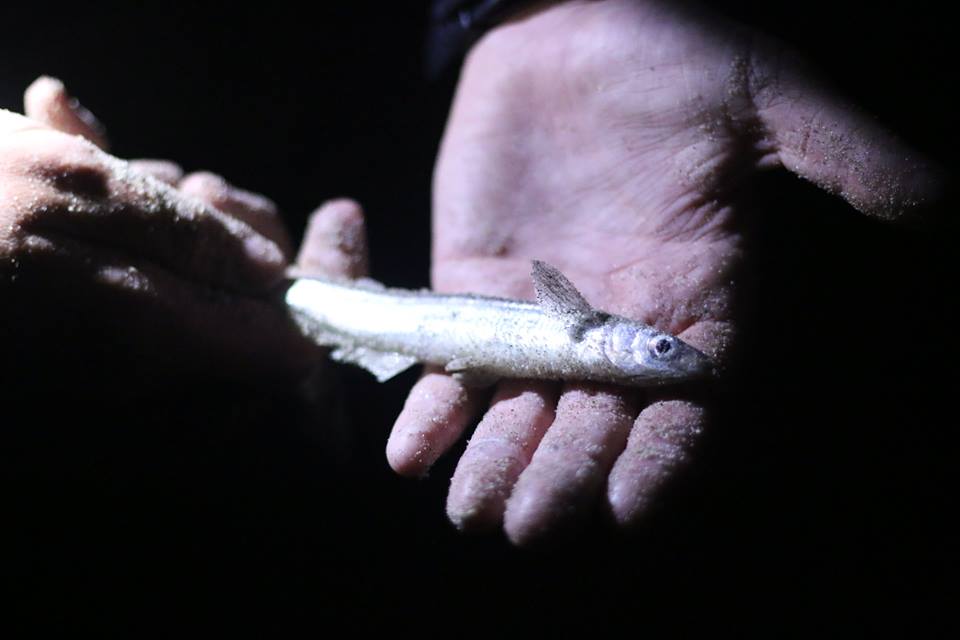 Grunion Are on the Run

Grunion could be looking to make another nighttime run along Southern California’s beaches beginning this weekend.

According to the California Department of Fish and Wildlife, the latest grunion run—the spring and summertime phenomenon where hordes of the small silver fish leave the water to spawn on the sand—is expected to begin Saturday, July 10 from 10 p.m. to midnight.

The grunion are known to appear on the beaches during two-hour windows for four consecutive nights, usually starting on nights of the full or new moons. The spawning, the state agency explains, occurs after high tides.

“As waves break on the beach, grunion swim as far up the slope as possible,” the department said.

There, the female grunions dig themselves into the sand to lay their eggs, which number between 1,600 and 3,600.

“The eggs are kept moist by residual water in the sand,” the agency added. “They hatch about 10 days later, during the next high tide series, when they are inundated with sea water and agitated by rising surf.”

Though getting a good glimpse at this phenomenon requires a bit of luck as beaches are subject to curfews and the run itself is based on the wildlife department’s predictions, local beaches like Doheny State Beach and the San Clemente Pier are reportedly among the areas grunion have been known to visit.

Because of a depletion in the grunion species, regulations were put in place, establishing a closed season, from April through May, to catch the fish. During the open season, those 16 and older with a California fishing license are permitted to catch grunion.

Grunion can only be caught by hand, according to the wildlife department, which doesn’t allow people to dig holes in order to entrap the fish.

The next grunion run is expected to last through Tuesday, July 13. Another run is predicted to follow beginning July 24.