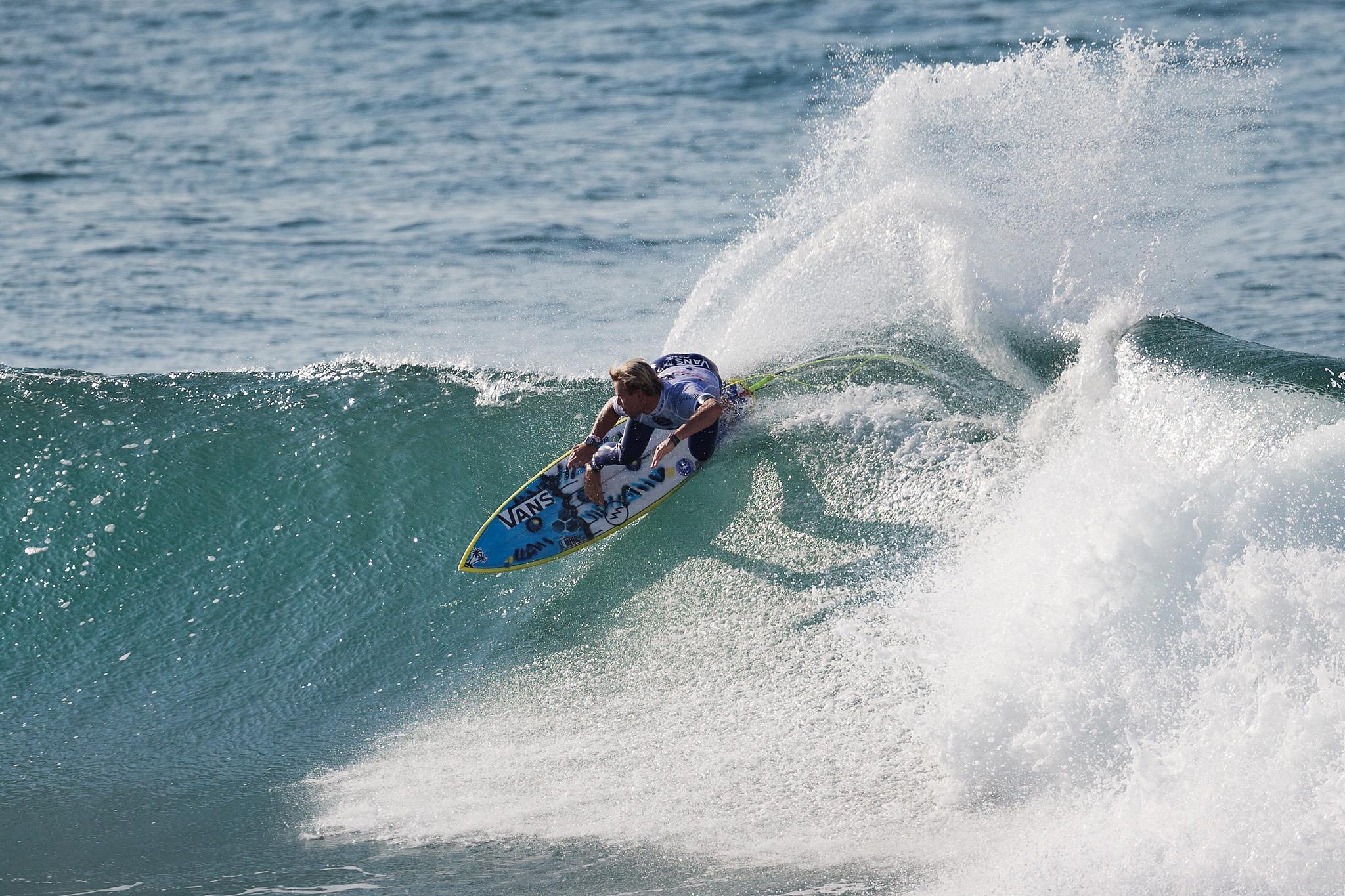 San Clemente’s own Tanner Gudauskas has been surfing alongside his brothers Dane and Patrick at Lowers for years. Now, as the Hurley Pro gets underway, the youngest Gudauskas brother steps into the international spotlight as one of two wildcards vying for a win against the ASP Top 34.

Tanner locked down his contest spot in July after battling it out against brother Patrick in the finals of the Hurley Pro Local Trials at Trestles. San Clemente Times reporter Andrea Papagianis caught up with Tanner as he traveled Portugal to compete in the Sata Airlines Azores Pro.

Below is a snapshot of their conversation on competing before the local crowd and brotherly competition.

SC Times: First off, congratulations on qualifying to be a wildcard in this year’s Hurley Pro.

Being a San Clemente native, you’ve been watching the world’s best at Trestles for years. How does it feel to now be competing against the ASP TOP 34 with the likes of six-time Trestles champion Kelly Slater, Mick Fanning, Joel Parkinson, Jordy Smith and last year’s winner Taj Burrow?

Tanner Gudauskas: This is my first time being able to compete at that top level at Lowers and I couldn’t be more stoked. When I fell off tour four years ago, this was the very next event that I didn’t get to be in. So, I am freaking to get to surf against all the top dogs in my backyard.

Last year, watching Pat get into the quarterfinals was super exciting with the energy from all our friends on the beach. That’s the best part of competing where you live: Getting to share the experience with your crew, win or lose everyone is getting the moment.

SCT: In July, you became the first of two wildcards through the local trials. To make the competition interesting, you and Patrick wound up in the finals together—but only one could come out on top.

Being the youngest of three brothers, competition had to be a part of your upbringing. What was it like vying for this wildcard against your own brother?

TG: The trials are a huge opportunity for all locals. It’s a good feeling event too because eight locals and eight Hurley surfers come down and hangout all day … and compete together. It’s great for the younger kids in town to have a chance to make it through. It’s a camaraderie event for all of us in San Clemente to tribe up and try to get a surfer into the event, whoever it is.

I was super nervous actually surfing against Patrick in the final because I couldn’t stop thinking about surfing at Lowers in a World Championship Tour. It definitely felt special to compete against Patrick for that spot though. I look up to him a lot and we travel year-round for competitions so it felt like I really earned the win.

SCT: San Clemente is home. It’s where you Pat and Dane have grown up and where you’ve reached out the next generation of surfers through your annual Stoke-O-Rama contest. Any added pressure with a big, local cheering squad backing you?

TG:No pressure. It’s all fun especially because there really aren’t any ramifications in terms of qualifying if I win or lose. I just want to go out and try and show the WCT surfers that I want to be at that level and feel like its mojo time!

SCT: Also, do you have anything in your back pocket, any Lowers secrets, that can bring you out on top?

TG: Haha! No back-pocket tricks. Lowers is one of the most rippable waves on the planet so it’s not necessarily a local knowledge spot. But, I have surfed out there my entire life. So, who knows?

SCT: Speaking of Stoke-O-Rama, how important is it for you to spread your love of the water and surfing to younger locals?

TG: Stoke-O-Rama is my favorite day out of the year. It’s unbelievable how psyched the kids who compete in it are. Instead of just a surf event it is a day that all the surfers of San Clemente come down and hang out, stoke out and become friends. This year it will be the day that follows the Hurley pro, Sept. 21. We expanded the event by 20 kids and still didn’t have enough room for everyone—stoke is growing.