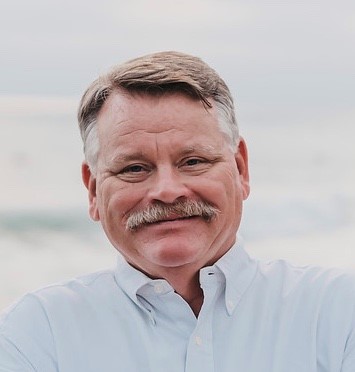 The 2019 special election is now behind us, and I am truly honored by receiving well over half the vote with a message that obviously resonated with the voters of San Clemente. This win was the result of the hard work and perseverance of a great team of extraordinarily committed volunteers.

Many of my supporters, teammates and others across San Clemente were profoundly disappointed in the San Clemente Times decision to do a last-minute sensational story with allegations that were 15 years old.

Just as the SC Times takes its freedom of the press responsibility seriously, management at the SC Times must also accept the freedom of speech rights of its readership when those readers question the journalistic integrity and political motives of the SC Times.

Many residents of San Clemente have spoken out clearly and loudly regarding the decision by the SC Times to run such an article with such questionable timing, and it is my sincerest hope management at SC Times takes note. Those speaking out are not conspiracy theorists; they are the readers of the SC Times who are our friends and neighbors.

The results of the election were quite decisive and provide a very clear mandate for the majority of the city council to move forward with a pro-law enforcement, pro-business and pro-taxpayer agenda that has not existed in the recent past with our city council. I look forward to partnering with Mayor Pro Tem Dan Bane and Councilmember Laura Ferguson in providing good government for San Clemente.

It is now time to transition from the angst and drama of election season to getting down to the hard work of being a councilmember. I was elected to represent all of San Clemente, not just those who voted for me; I will take that responsibility seriously. To my fellow candidates, I say thank you for taking part in the electoral process and sharing your views; I wish you well.

To the great group of volunteers and supporters of my campaign, I owe you so very much.   You walked neighborhoods on Saturdays, you delivered 1,000 signs, you banner-waved on street corners, but most of all, your support and friendship gave me the energy necessary to win the election.

The election is over, and I would like to encourage everyone in this great city to come together; we will still have robust debate and disagreements, but let’s do so with dignity and respect. I ask for everyone’s input on what is best for the city.

In the spirit of “fresh starts,” I promise to always keep my door open and my cell phone switched on for all who have concerns and questions, and that certainly includes our friends at the SC Times.

Gene James won the Nov. 5 special election for a seat on the San Clemente City Council that has been vacant since the unexpected passing of Mayor Steve Swartz this past May.

Guest Opinion: Prop 15 Would Be Catastrophic for an Already Devastated Economy

Letter to the Editor: Tyler Boden: Positive Pick to Protect Our Neighborhoods