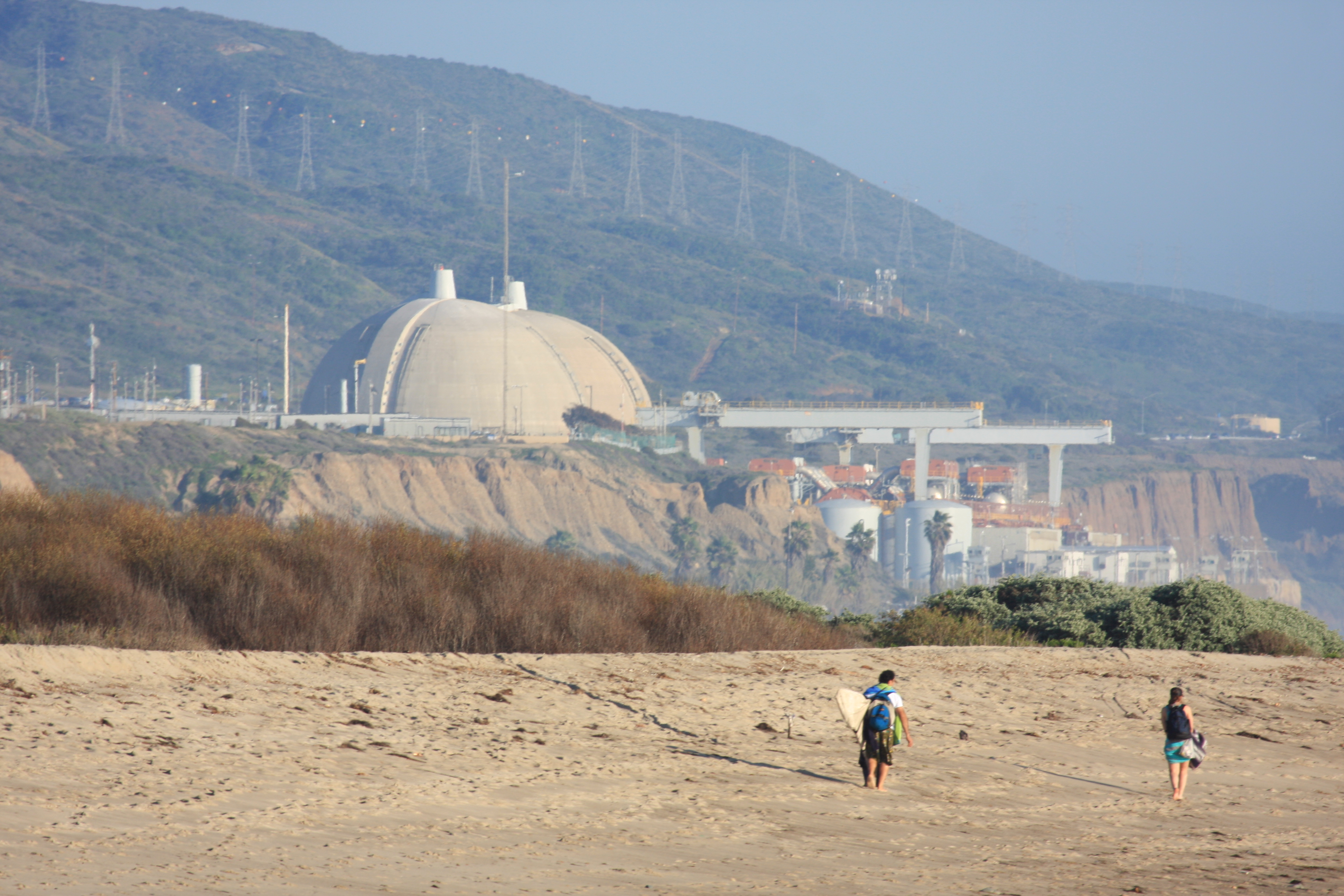 By Bart Ziegler, Ph.D., community and environmental medicine; president and cofounder of the Samuel Lawrence Foundation

And while we admire Becker’s resume—licensed mechanical engineer, former reactor operator, yacht captain, writer and, above all, a surfer—his credentials don’t qualify him to speak to toxicology and the risk of cumulative exposure to radiation in the human body.

Our concern is about beachgoers exposing themselves over the course of their lives to the plant’s so-called liquid radioactive batch releases.

Women, children and human fetuses are especially vulnerable, much more than the “standard male body” government regulators use as a control when setting “allowable limits” of radiation exposure.

Exposure to radiation can damage the DNA in cells of the human body. The nation’s top scientists, those at the National Academy of Sciences, have concluded that there is no such thing as safe exposure.

As reported this month in the Orange County Register, European scientists have identified cancer clusters among people living near nuclear power plants. We stand behind the scientists, physicians and 1,200 signatories of a petition pressuring lawmakers to fund research on possible cancer clusters near SONGS.

For 50 years—and for most of that time, in secret—SONGS has bombarded the environment with radioactive isotopes. Bowing to pressure from some of the same activists Becker disparages, the utility only recently began notifying the public of its atmospheric and liquid batch releases.

Emissions at San Onofre have waned since the plant quit making electricity in 2012, but they are expected to increase with the planned demolition of contaminated domes and spent fuel pools, according to a qualified whistleblower from San Onofre who came forward and will remain anonymous.

Meanwhile, Edison continues to contaminate the information stream with obfuscation, misinformation and self-congratulations.

To be clear, Southern California Edison is unable to say for sure whether liquid batch releases are safe or even estimate the repercussions of radioactive material accumulating in the atmosphere and ocean, on the sea floor and in the seafood we eat, especially tuna.

We scoff at what regulators, the utility and Becker cite as allowable limits of exposure. Coal plants can discharge carbon dioxide, carbon monoxide, sulfur dioxide, nitrogen oxides, mercury, arsenic, and benzene, but that doesn’t mean kids should play near the smokestacks.

Likewise, surfers, swimmers, and fishermen should not be encouraged to recreate in the water a few hundred yards from SONGS’ outflows that release cesium-137, cobalt-60, iodine-131, strontium-90, tritium, among other radioactive isotopes. Edison identifies these isotopes in its own reports.

We also question Becker’s reference to Dr. Ken Buesseler’s oceanographic research. Dr. Buesseler is a world-renowned marine radiochemist, but he is not a medical expert on the human health effects of radiation.

Radioactive isotopes from SONGS remain deadly for more than 200,000 years. For the most reliable information on what is safe at San Onofre, we must trust physicians and relevant science, not employees of Southern California Edison.

Bart Ziegler received his doctorate degree in community and environmental medicine with an emphasis in inhalation toxicology. He has a background in chemistry and neuroscience. He is the president and cofounder of the Samuel Lawrence Foundation. For the past 10 years, he has advocated, on behalf of the public interest, for improved environmental health and safety measures at nuclear power plants and for the high-level radioactive waste left behind at each site. He appreciates the ocean in his free time by sailing California waters on an old schooner.