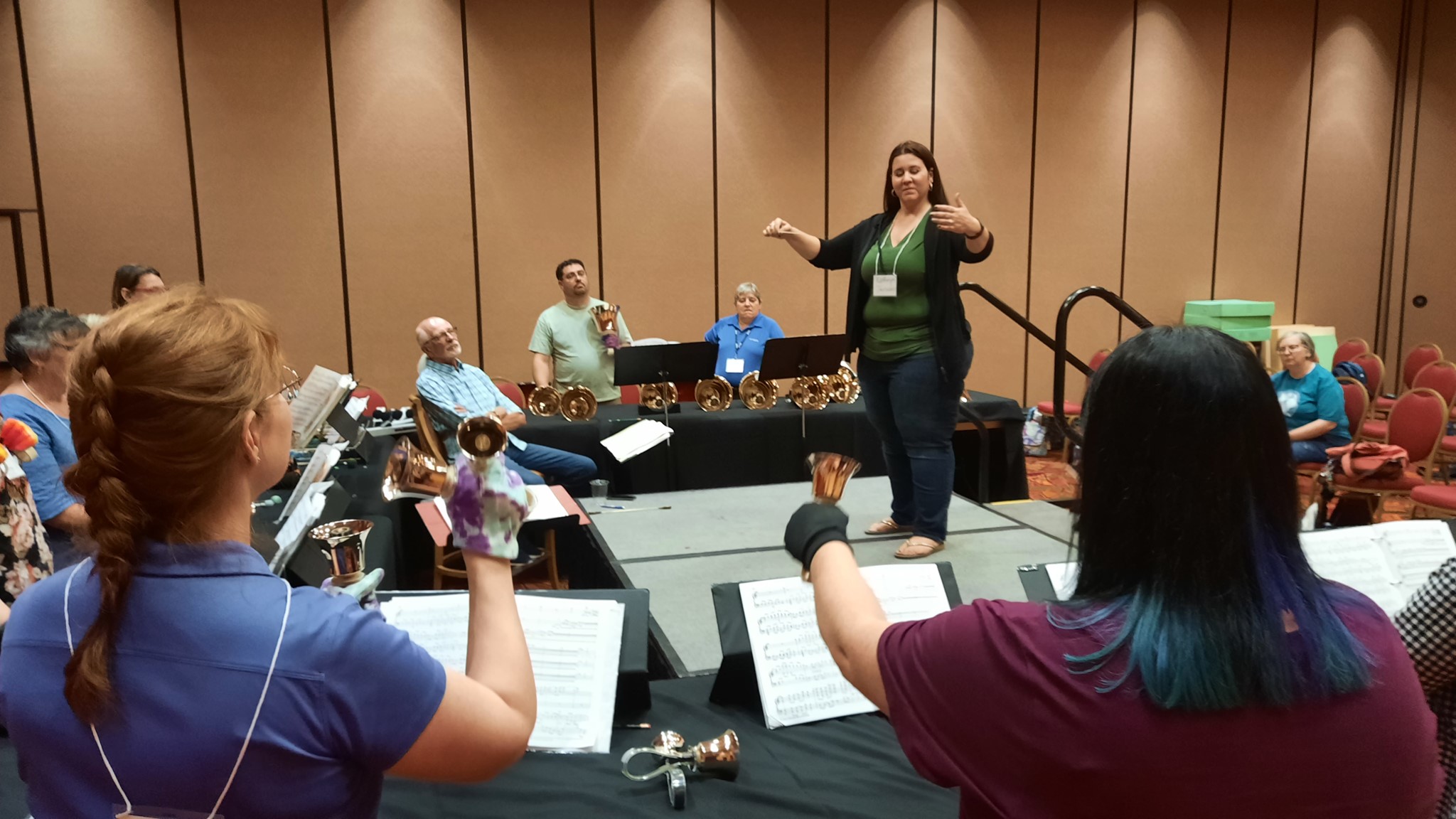 Featured Image: The Handbell Musicians of America’s LA Metro regional conference that’s heading to San Clemente on Friday, July 1, looks to train and bond musicians from up and down Southern California. Photo: Courtesy of Sharon Guilliams

Guitars, drums, and pianos may be among the most well-known musical instruments, but the handbell will be the one ringing around the city starting Friday, July 1.

Visitors from around the West will flock to San Clemente’s Our Savior’s Lutheran Church for a conference under the Handbell Musicians of America’s brand. The conference includes three days of fellowship, concerts, and classes to fine-tune the musicians’ skills.

More than 60 will participate as part of the LA Metro region, spanning the Los Angeles, Orange, and Ventura Counties, which fits within the HMA’s Area 12 of California, Hawaii, and Nevada.

Regional coordinator and conference chair Sharon Guilliams told San Clemente Times that the conference was originally scheduled to occur in Las Vegas, but a “boutique” event was more financially viable.

In addition to preparing for a conference concert to showcase what participants have learned, the group will also perform a “massed ring,” in which all are ringing the same song at once.

Guilliams is expecting people to arrive from Hawaii, Nevada, and Washington, part of the event’s social aspect that she loves. There’s an environment that allows for meaningful conversations about personal and musical backgrounds, which Guilliams calls “precious.”

“You end up with very good friends that may live very far away,” she said.

The Handbell Musicians of America began as the American Guild of English Handbell Ringers in 1954 before the name change occurred around 2009. The organization currently is divided into 12 regions across the country, which are further split into sections, wherein the LA Metro area lies.

There are roughly 2,400 members comprising individuals and organizations. According to Guilliams, organizations that can include at least 10 choir musicians make up the bulk of the memberships.

HMA was first started to get handbell programs going and for existing groups to help one another, but the mission has since expanded to advance the art through education, community, and communication, and promote the musicians’ skills.

On the national level, the organization puts on events for members that include massed rings and presentations from world-renowned clinicians. Regional coordinators essentially do the same to put together area-wide events throughout the year, to help groups learn together and play well as a whole.

“Handbells are very unique, from the perspective (that) each bell is like one key on a piano, and so in the case of a three-octave choir, you have 11 people playing 66 keys on the piano,” Guilliams said. “It’s very much a team-oriented musical instrument. The bell choirs tend to get very close because you’re interdependent on one another.”

Her position also allows her to talk to many in different areas about experiences and to further the art of handbell ringing, whether in a third-grade classroom or by helping an incoming college student get connected.

Overall, Guilliams described the handbell community as one in which strangers can feel comfortable with others at a convention or conference.

As a handbell ringer herself, Guilliams sees the music the instruments produce as beautiful and full of rich tones, with the music itself a product of good teamwork. The variety of ways they can be played contributes to their sound as well.

Even with solos, like the hymns she performs, the sounds have significant effects on those who listen.

She remembered a time when two people came up to her separately after she performed “Amazing Grace” to talk about the times in their lives of which the music reminded them.

“One was, ‘This reminds me (of) my grandmother that used to sing that to me all the time,’ and the other one was, ‘That was a song that was played at my wedding,’ ” said Guilliams. “The handle music just transcends generations, transcends periods of time.”

On Friday, the Showcase Concert will feature renowned soloist Linda Krantz, the St. John’s Lutheran ensemble from Orange, and Tintabulations, an ensemble from Reno, Nevada.

The Conference Concert will start at 4 p.m. on Sunday, July 3. Both concerts are free and open to the public, but there will be a freewill offering taken.

Along with her excitement about the artists, Guilliams hopes the participants and the audience will equally be inspired to explore handbell music more.

“Adults, bring your kids,” she said. “Handbells are a fantastic way for kids to get into music, and I would encourage families to bring their children and get enthused about it.”

More information about the Area 12 Handbell Musicians can be found on its website, area12.handbellmusicians.org.