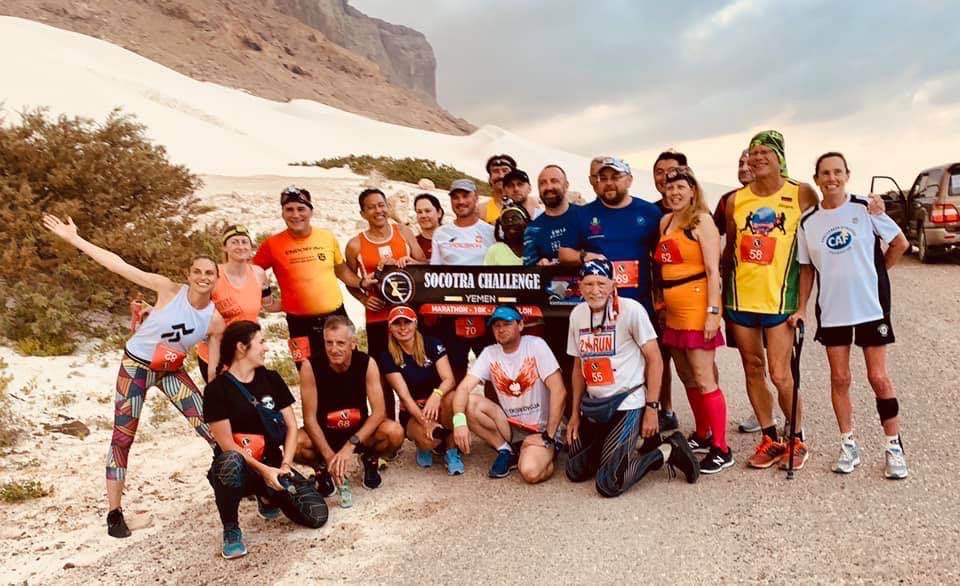 Sanden – a San Clemente resident, incomplete paraplegic and multiple world record holder for handcycle marathons – completed her 103rd marathon in Yemen in mid-March by getting in and out under the wire of coronavirus travel restrictions in the region and joined marathoners around the world for a home-isolation style event at the end of last month.

The marathon in Yemen was run on the island of Socotra, a UNESCO-protected desert island in the Arabian Sea between Yemen and Somalia. With the marathon beginning on March 12 and 32 runners from around the world coming in to compete, the marathon was in trouble of not being able to be run.

The organizer for this first-time event, Ziyad Rahim of Z Adventures, is a resident of Qatar. With Yemen in the middle of a civil war, the only way to fly to the island of Socotra was through Cairo, Egypt, but Qatar imposed a travel restriction to Egypt on March 5 and Egypt to Qatar a few days later.

So to get the equipment and gear to set up the marathon on the island, Rahim had to fly to Pakistan and deliver the gear to a friend going to the marathon.

The runners, including Sanden, all eventually got to Socotra on time and set up shop for the marathon. Sanden said the marathon was run at night along the ocean with only headlamps and the stars as their source of light.

“We felt like Robinson Crusoe on another planet,” Sanden said in an email. “Socotra, littered with flora and fauna, feels more like Mars than somewhere on Earth. Without cell phones, Internet or even electricity, we were blissfully unaware of the corona chaos!”

The coronavirus chaos eventually came to them, as what was to be a weeklong trip was abruptly cut short.

Two days before the trip was scheduled to end, Sanden was awoken at 5:30 a.m. and told that the last plane off the island was taking off in three hours. Cairo was closing its airspace, and if the runners wanted to get home, they had to get up and go.

Sanden said they had connections through Aden in Yemen to Cairo to Istanbul, Turkey and finally back to LAX and home turf.

Home turf then became the site of Sanden’s next marathon.

With the world increasingly coming under stay-at-home orders, Rahim’s Z Adventures had organized a worldwide movement of a “Self-Isolator-Circuit,” with marathoners completing their events at home.

Sanden took to her San Clemente streets and rode her handcycle for 240 laps. Her husband, decked out in a full hazmat suit, delivered oranges with barbeque tongs at a “Corona Aid Station” to help Sanden complete her home marathon on March 28.