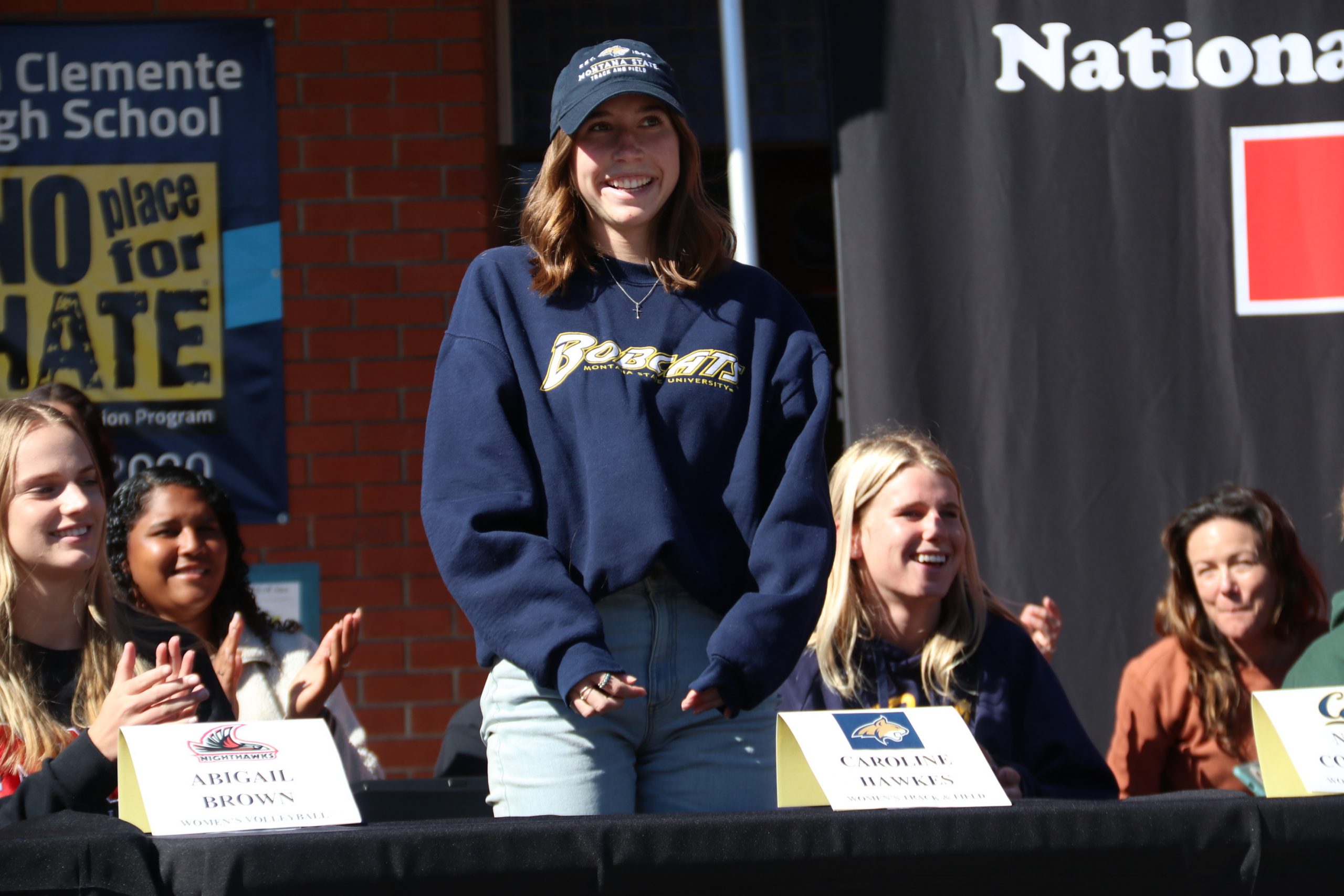 San Clemente’s track and field stars got the job done in the CIF-SS Division 1 preliminaries on Saturday, May 7, at Trabuco Hills High School.

Star senior sprinter Caroline Hawkes won each of her heats in both the 200-meter and 400-meter sprints to highlight the Tritons’ efforts on Saturday. Hawkes finished seventh overall in the 200 at 24.96 seconds, and the Montana State-bound senior finished second overall in the 400 with a time of 55.56 seconds.

Junior runner Kennedy Banks also qualified on the girls side by a narrow margin in the 800-meter run. Banks claimed the ninth and final qualifying spot with a personal-record time of 2:18.06, which earned qualification by 0.57 seconds.

On the boys side, new school record-holder Aiden Bennett hit the necessary mark in the pole vault. The senior cleared 13 feet, 9 inches to qualify in third for the final.

Senior Hayden Beauchemin won his heat in the 800-meter run with a personal-record of 1:56.58, which was good for sixth overall.

The Tritons also had three near-misses for qualification on the boys side.

While Schwab took the high jump, senior Brennan Dougherty was caught among the pack in the event at the 6-foot even clearance, a personal record. Dougherty hit the mark, but he was edged out of qualification on the tiebreaker of jump attempts.

In the long jump, senior Brendan Byrne finished 10th with a leap of 21 feet, 4.75 inches, which came up just 1.25 inches short of a qualification spot.

Finally, in the 4×400-meter relay, the Tritons missed qualification by a terrifyingly small margin. San Clemente’s team of Beauchemin, Byrne, sophomore Pierce Clark and junior Devin Martinez was clocked at 3:28.07, over a full second faster than their Sea View League championship time. However, the mark was 0.24 seconds behind ninth place.

Hawkes, Banks, Bennett, Beauchemin and Schwab will all compete at the CIF-SS Division 1 Finals on Saturday, May 14, at Moorpark High School. All of the CIF-SS division finals will take place at the same site.