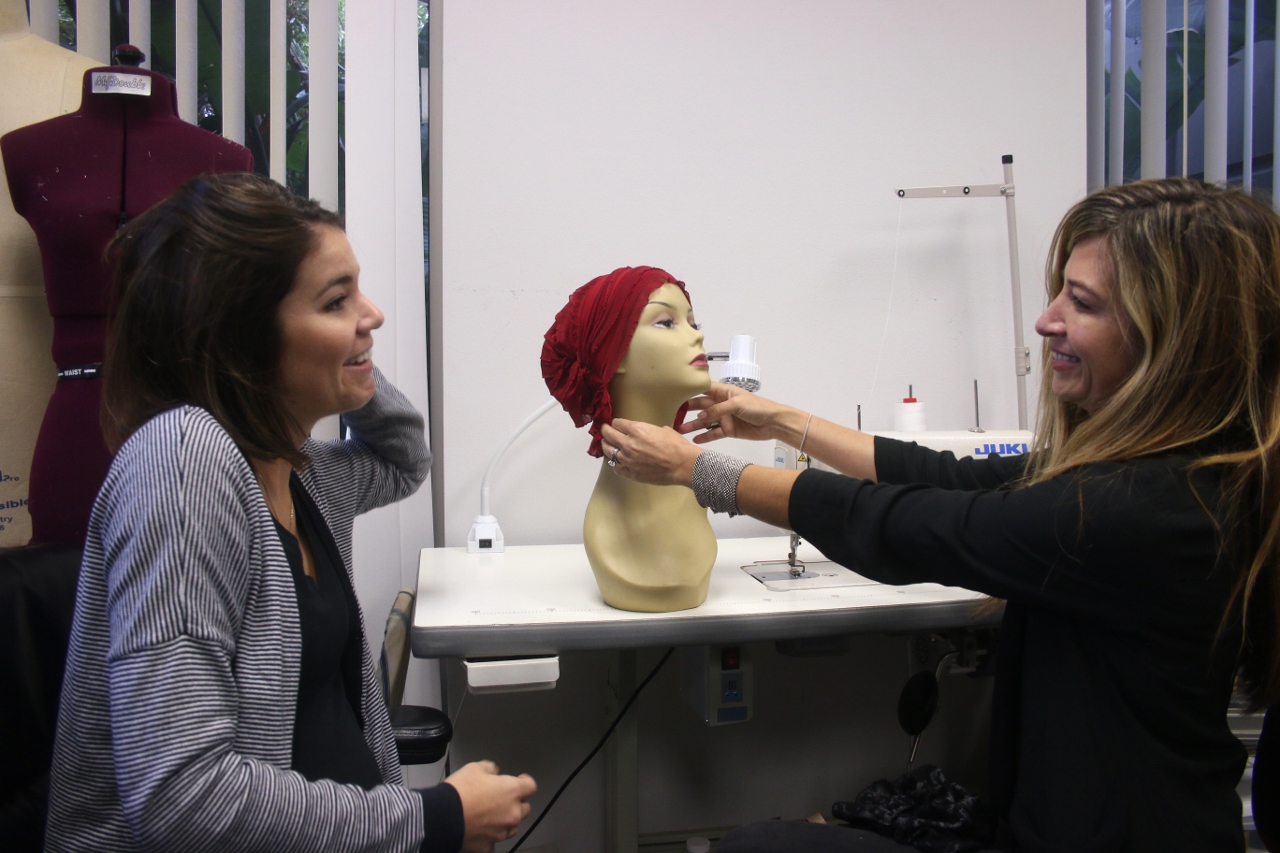 Loss of hair during chemotherapy treatment is one of the burdens many cancer patients face.
Adrienne Metz, owner and founder of Chemo Beanies in San Clemente, designs a product that aims to ease the anguish experienced with various symptoms related to cancer treatment.

Metz’s aunt, Danielle, was diagnosed with breast cancer about seven years ago, and she recently died after her long battle, Metz said. Another aunt of Metz was diagnosed sometime after Danielle, and that’s when she started to put her ideas to work.

“Seven years ago, my aunt had breast cancer and lost all of her hair, and she has long, black, curly hair,” Metz said. “She was without hair for two years, and during that time she was trying to wear wigs and scarves, but they didn’t really work. The scarves would fall off or slip.”

Metz said her aunt became frustrated and settled with being bald during her chemotherapy treatment.

“So many women have that reaction; they wonder what’s going to happen to them physically,” Metz said. “We decided we were going to make her something that fit all the problems.”

Choosing the right fabric and elastic components was critical to the design, Metz said. She wanted to create something for her ailing family members that wouldn’t get too hot or discomforting. Metz said Danielle became very sick during her treatment, so she flew to her hometown of New Orleans to drop off some samples to tweak the final design.

“We were making adjustments to the design and trying out different things, and basically what became of it was just a simple head cover that you can slip on and it stays in place and covers the back of your neck,” Metz said.

The designs are meant to be stylish as well as utilized as a way to protect the scalp.

Chemo Beanies has been successful with getting exposure. Metz said the product is now sold in 600 retail stores and offered at hospital gift shops and the Mayo Clinic.

Many of the beanies are donated to local causes, but Metz said she has worked with hospitals and received a grant to supplement the business when JP Morgan Chase & Co. offered funding to small businesses that help people a few years ago.

Family friend Natalie Foley, the company’s product developer, is designing a children’s beanie that will be released in 2018.

“So many times we’ve had requests for children’s Chemo Beanies, and the timing hasn’t been right, but Natalie can help me develop the project,” Metz said. “In the past, we’ve had production runs where something came out too small, so we ended up donating those to St. Jude’s Children’s (Research) Hospital.”

For more information on Chemo Beanies and to read some of the stories from the company, visit www.chemobeanies.com.