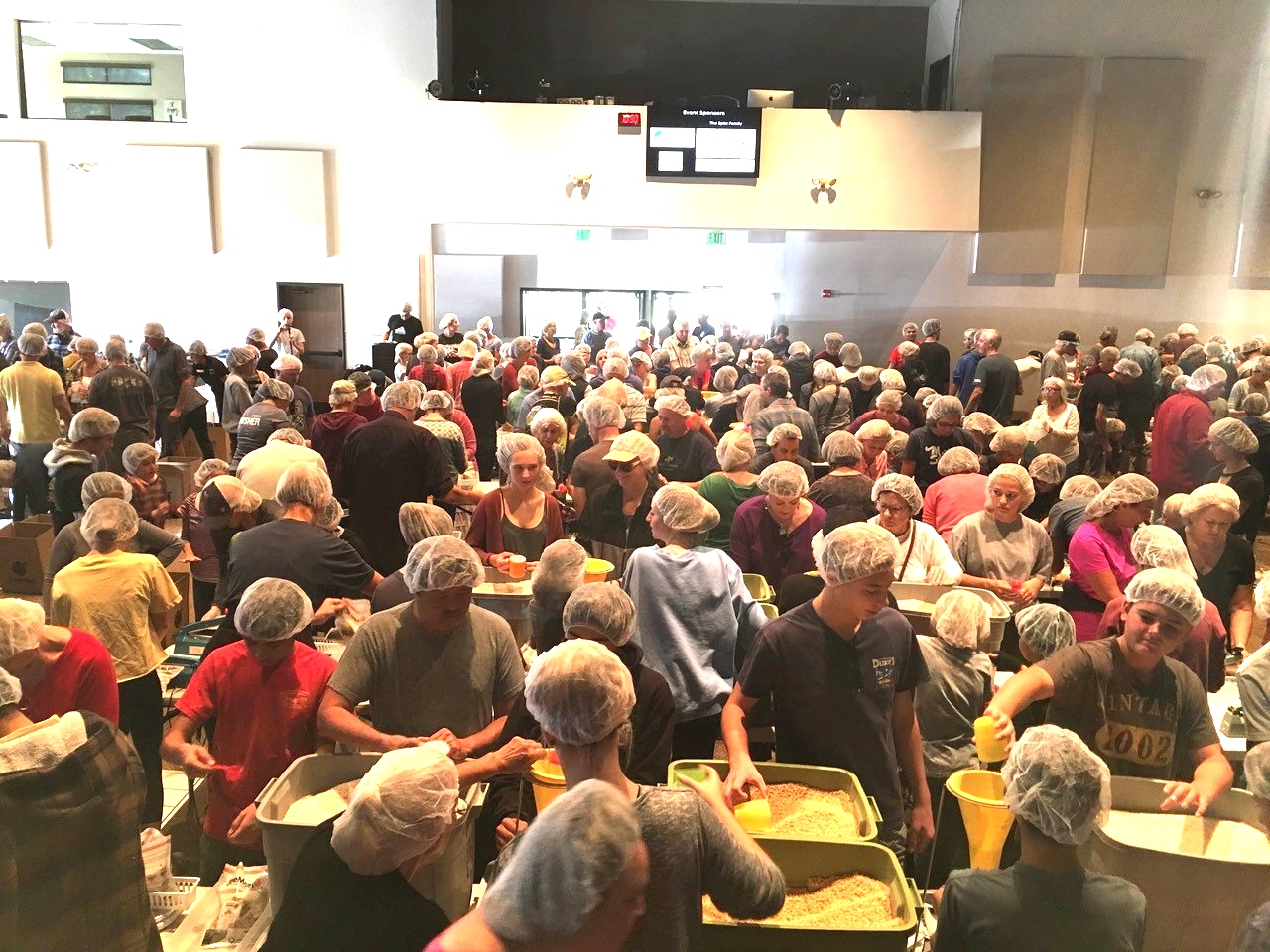 As the South Sudanese humanitarian crisis continues in Africa, refugees are spilling across the northern border of Uganda.

The region is experiencing what human rights groups are calling one of the world’s largest humanitarian crises, which began with a civil war that started in late 2013, causing famine and other health problems.

The United Nations High Commissioner for Refugees estimates the total number of refugees has exceeded 1 million since the civil war started.

Heritage Christian Fellowship in San Clemente is trying to help the refugees’ situation by packaging nonperishable meals to the refugee camps located in the northern region of Uganda.

Roger Gales, the pastor of HCF, said the congregation has been in contact with a church member who is living on the northern Uganda border.

The project, called One Million and One Meals for Refugees, is organized by Kids Around the World, a San Clemente-based Christian ministry.

Gales said the biggest need for the event was volunteers to help pack the meals and donations of money to pay for the meals.

The United Nations reported it has nearly 17,000 total peacekeeping personnel in the Ugandan region, although those efforts have been repeatedly hampered by the conflict. On Wednesday, the UN’s News Centre reported it is considering reestablishing a greater presence in the region.

“Millions of refugees (are) living in camps, and most are unaccompanied children,” Gales said. “Children are dying of starvation, and thousands more arrive daily.”

Gales has worked with organizations that have established a school for Christian children in persecuted areas of Pakistan. He hosted an event last year with author and humanitarian Josh McDowell to raise funds for that school through a sale of worldwide artifacts and miscellaneous items.

Although the event has passed, HCF representative Theresa Matarazzo said there are people in the community who are trying to make up the difference of about 190,000 meals that weren’t packaged on Nov. 4.

“This was started as a one-time event, but it is turning into a movement,” Matarazzo said. “Kids Around the World has a list of around 25 people who want to do events to reach 1 million. I believe we will definitely get to that by the end of the year. There is still one large outstanding donation coming. Youth With A Mission (YWAM) said they would donate more containers of food.”

Another container of food was donated by (YWAM) and is being shipped, which accounted for 810,000 meals.

“The two containers, are on their way. They are both going on the same ship that leaves Nov. 13 and will be in Uganda Jan. 14 or 15,” Matarazzo said.
More information about the church can be found at www.heritagesc.org or by calling 949.361.1022.