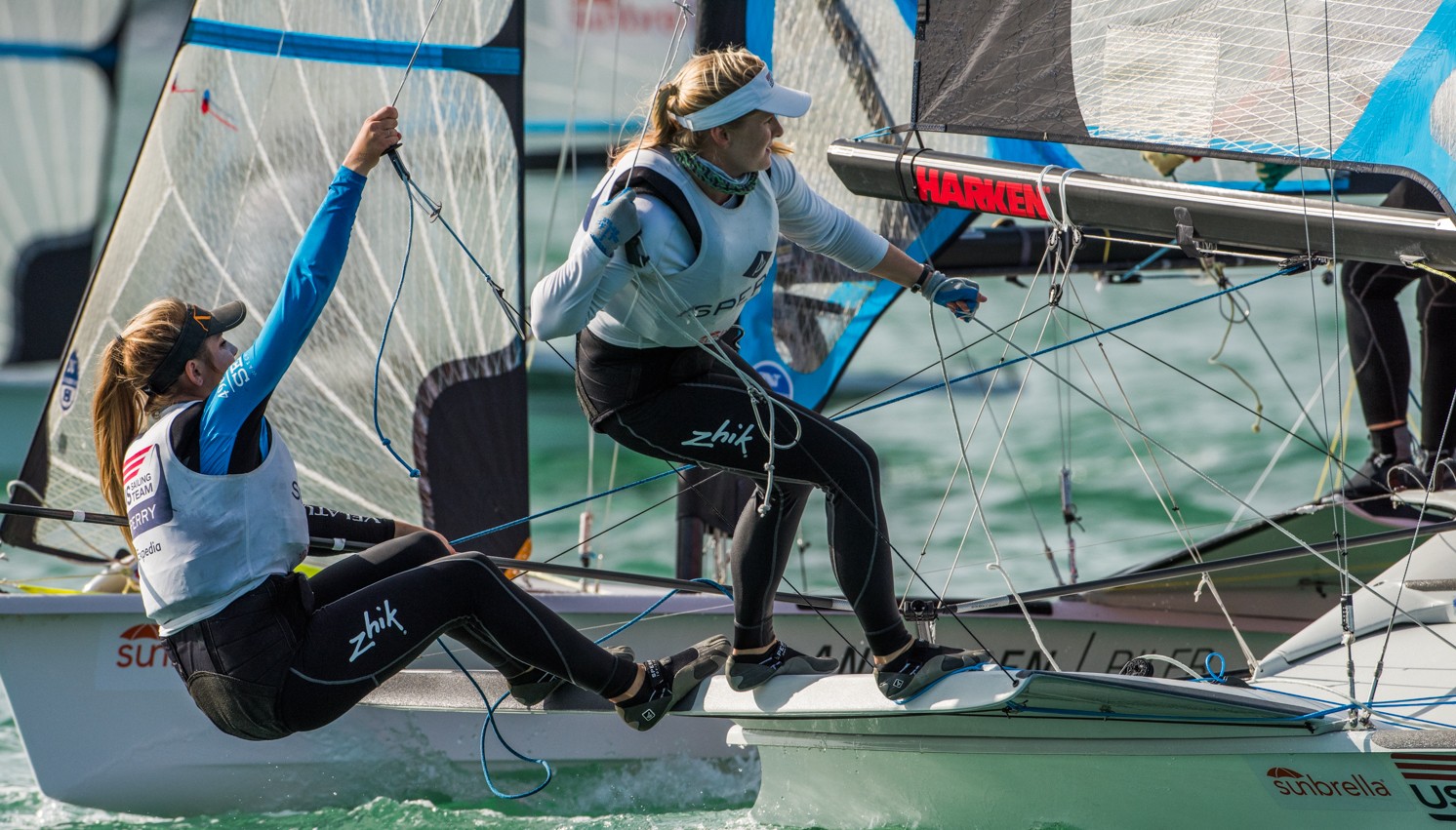 Locals represent the country at 2016 Olympics

Two San Clemente athletes represented the city and the United States in Rio this summer at the 2016 Olympic Games.

David Higgins competed in the men’s 50-meter prone rifle, while Paris Henken continued her pursuit of an Olympic medal in the Women’s 49erFX skiff sailing event.

Higgins is a San Clemente native and graduated from the Air Force Academy this year. He is the first cadet to ever qualify for an Olympic event while still enrolled in school.

Higgins missed the final medal round following his performance in the preliminary stages. Higgins’ score of 617.7 in the prelims was just short of the medal-round cut line, which stood at 624.8. Higgins finished 40th overall in the event. Russia’s Sergey Kamenskiy took home the gold, setting a new Olympic record with a score of 629.0.

Prior to the event, Higgins mentioned how unfamiliar weather conditions could pose problems for shooters while on the range in Rio. He noted one of his weaknesses at the beginning of his training was adjusting to the wind, but he had improved on this skill over the summer. In Rio, however, the wind remained a difficult factor for Higgins to manage, according to an Air Force Academy press release.

While he may not have received the results he anticipated, Higgins took away much more from his Olympic experience. He told the San Clemente Times last week that walking with the United States delegation in the Opening Ceremonies was “the coolest thing I’ve ever done.”

Paris Henken shares her San Clemente roots with Higgins and, as of press time Wednesday, was continuing her competition in the Women’s 49erFX sailing preliminaries. The 49erFX sailing class is a high-performance skiff that requires two sailors to lean off the side, hanging over water with their feet resting on the edge of the boat.

Henken and her partner, Helena Scutt, stood in the ninth overall position on Wednesday following the preliminary round, which featured 12 total races. The pair won their first Olympic race when they finished first in race No. 5 of the opening series.

On Aug. 18, the two sailors were set to compete in the medal race. Results were not available at press time.

Both Henken, 20, and Higgins, 22, represent San Clemente on the world stage and have set a positive tone for the rest of their competitive careers.