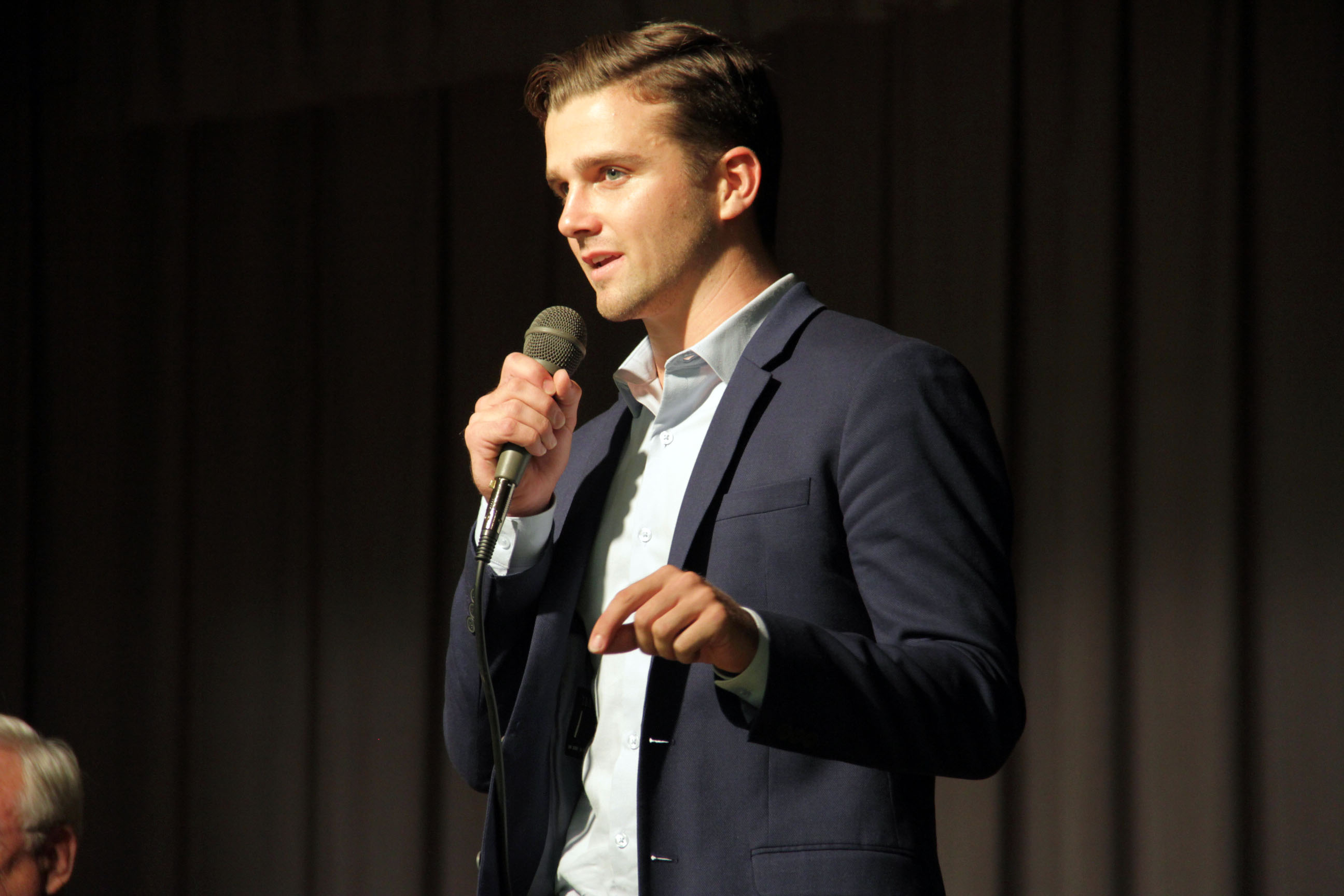 Hinkle, who is seeking the open seat on the San Clemente City Council, acknowledged the email, telling San Clemente Times that he scrubbed his Facebook pages and took down the pictures.

The photographs in question, which the SC Times obtained, featured Hinkle dressed in OCFA gear, as well as other firefighters in uniform. The pictures were taken at a special event the Orange County Professional Firefighters, Local 3631, hosted on Aug. 31.

“The event was an opportunity for people who are on the board and for candidates like myself to go up to the Irvine OCFA training facility and get to experience a day in the life of a firefighter,” Hinkle explained, noting that he was invited to attend, along with other elected officials and candidates from South County.

The OCPF, Local 3631, has endorsed Hinkle’s bid for city councilmember.

In the email sent to Hinkle, OCFA General Counsel David Kendig said the photographs “raise three legal concerns,” which “warrant you promptly removing the photos from your campaign materials, including the campaign Facebook page.”

The first legal concern, Kendig stated, was that OCFA policy limits and regulates the use of its logo.

“OCFA did not authorize your campaign to use its logo, and use of the OCFA’s registered logo is not permitted in campaign materials,” Kendig wrote.

In reference to the second legal concern, Kendig notes that state law bars an officer or employee of a local agency from participating “in political activities of any kind while in uniform.”

He goes on to note that “OCFA’s personnel had no intention of engaging in political activity in the pictured event” and that the positing of those photos on social media “could prompt an investigation to determine whether the OCFA employees violated” state law.

When asked whether such an investigation has been initiated, Kendig told the San Clemente Times in an email that the “OCFA doesn’t comment publicly on personnel matters.”

The third issue, which Kendig raised in the letter, is that officials are not authorized to use public resources for campaign purposes.

“The OCFA had no knowledge, much less an intent, that its resources would be used to promote your (or any) campaign for office,” he said in the email.

Kendig concluded his email to state that Hinkle isn’t being asked to remove any references to endorsements he had received and that “OCFA would take the same position with regard to any candidate’s use of its logo.”

Hinkle said the incident has not impacted his endorsement from the local firefighters union.

“I think, if anything, more people know that the firefighters are proud to endorse me in my campaign for city council,” he said. “They know I’m a candidate who’s going to respect firefighters and the work they do and treat them how they deserve to be treated, which is respected citizens.”