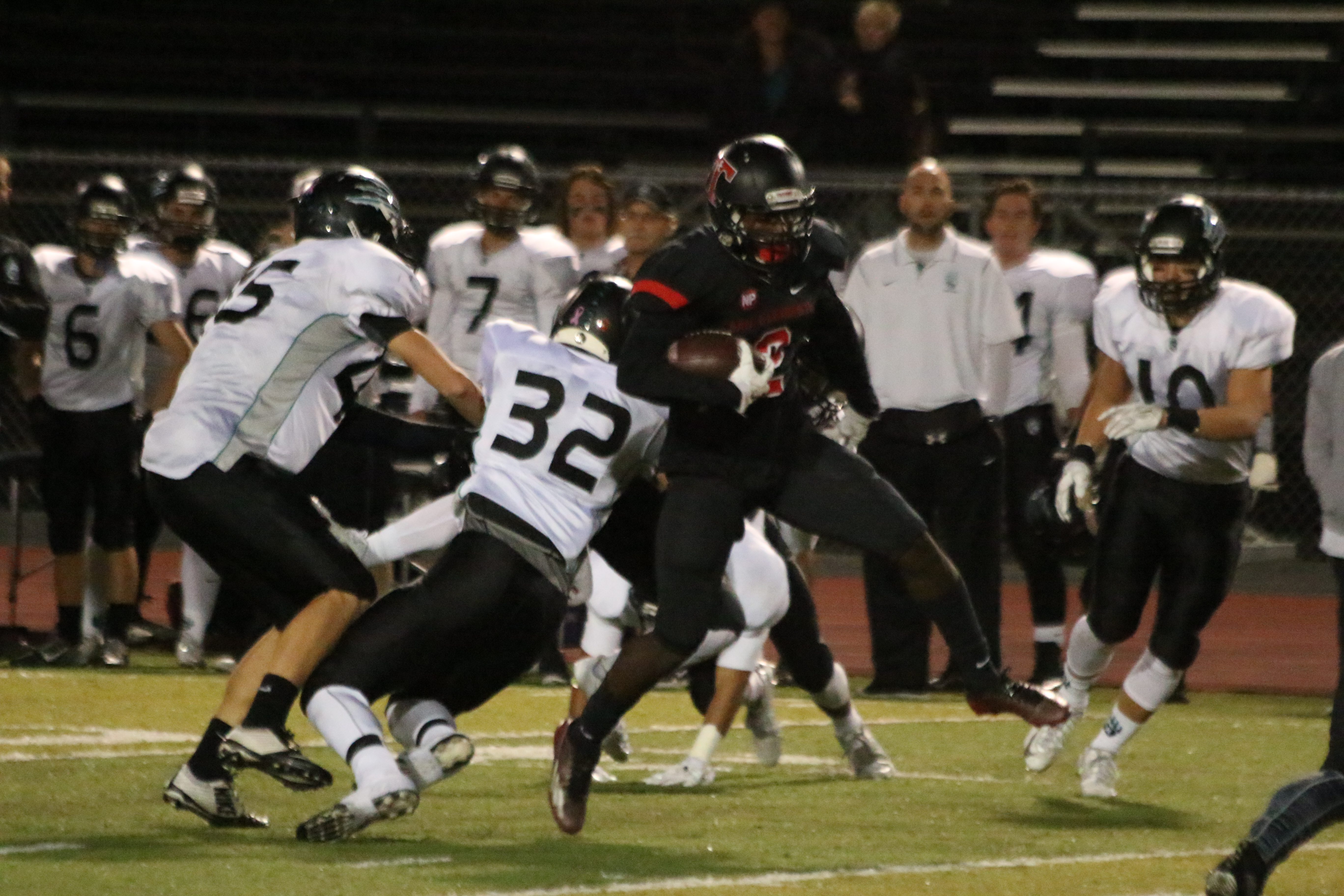 If you’re going to win a second consecutive league title, you might as well do it in style.

The San Clemente High School football team breezed their way past visiting Aliso Niguel on Nov. 6 in a 70-28 victory that secured the Sea View League title and set a new program record for points scored in a game.

San Clemente also did something head coach Jaime Ortiz had not seen before–score on three straight plays to open a game.

The Tritons jumped out to a 21-0 lead on their first three plays from scrimmage. Senior running back Vlad Dzhabiyev scored on a 53-yard run, junior Brandon Reaves scored on a 44-yard burst and junior quarterback Jack Sears connected with Reaves moments later for a 53-yard scoring strike. Less than four minutes into the game and the Tritons held a three-score lead.

San Clemente scored on their first seven possessions of the first half and, after taking a 49-7 lead into the midway point, picked up right where they left off in the third quarter.

The Tritons opened the second half with a four-play, 75-yard scoring drive that ended with a six-yard touchdown pass from Sears to senior tight end Cole Fotheringham to take a 56-7 lead.

The Tritons were downright efficient in the contest.

Dzhabiyev ran for 96 yards and two scores on just five carries. Reaves carried the ball five times, tallying 128 yards and a touchdown. The junior also had the one 53-yard catch and run to his credit. Sears completed 10 of 14 passes for 174 yards and three scores.

“We started off really hot. I don’t think I’ve ever been in a game where I’ve seen three touchdowns on three offensive plays. We were very efficient to start off the game and the kids played really well,” Ortiz said.

Sophomore running back Austin Whitsett, who was the go-to back in the second half, ran for 95 yards and three touchdowns on eight carries.

The San Clemente defense was also up to task against the Wolverines. Most of the Tritons defensive starters left the field midway through the third quarter with San Clemente up 56-14.

In four league games, the Tritons defense held its opponents to just over 10 points per contest.

Aliso Niguel’s quarterback Nick Chapman entered the game as the Orange County leader in passing yards and he got his share against the Tritons. Chapman attempted 47 passes and threw for 352 yards and two touchdowns. Receiver Blake Sabol caught both touchdowns for 121 yards.

The Tritons, who are currently ranked No. 2 in the CIF-SS Southwest Division, will carry the momentum of their four-game winning streak into next week’s CIF-SS playoffs.

“We’re playing really well right now. The biggest thing I like about these kids is that each week we’re getting better. That’s a pretty good sign of a good football team,” Ortiz said.

The playoff brackets will be released Nov. 8.